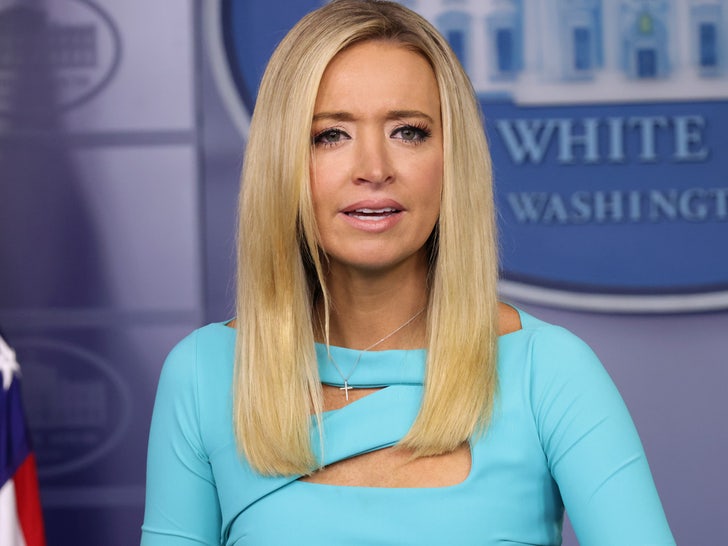 Another White House staffer has tested positive for coronavirus — this time, it’s the Press Secretary, Kayleigh McEnany, who says she’s asymptomatic … and eager to keep working.

McEnany shared the news Monday, saying she’d contracted COVID-19 after days of testing negative since Trump’s positive diagnosis announcement Thursday. She says she’s experiencing no symptoms, adding no members of the press are reported as close contacts by the White House Medical Unit — so presumably, they should be alright. 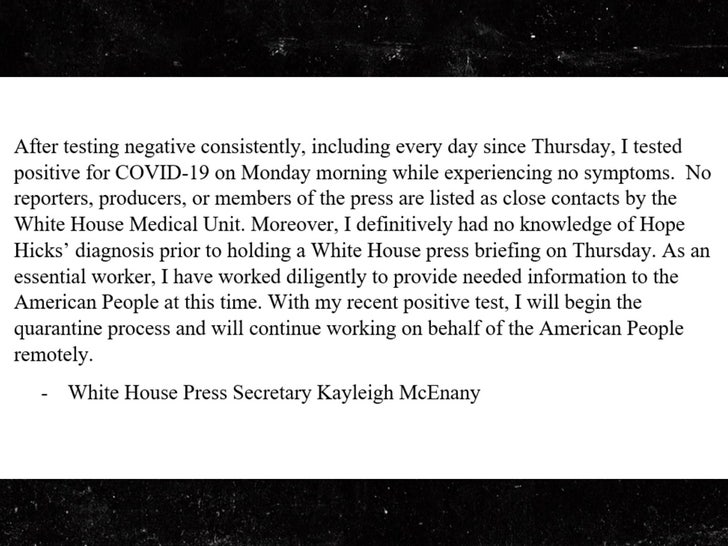 She also claims she had no knowledge of Hope Hicks‘ positive status prior to holding her last press briefing last week, explaining she’s been doing her public service for the American people as diligently as possible. 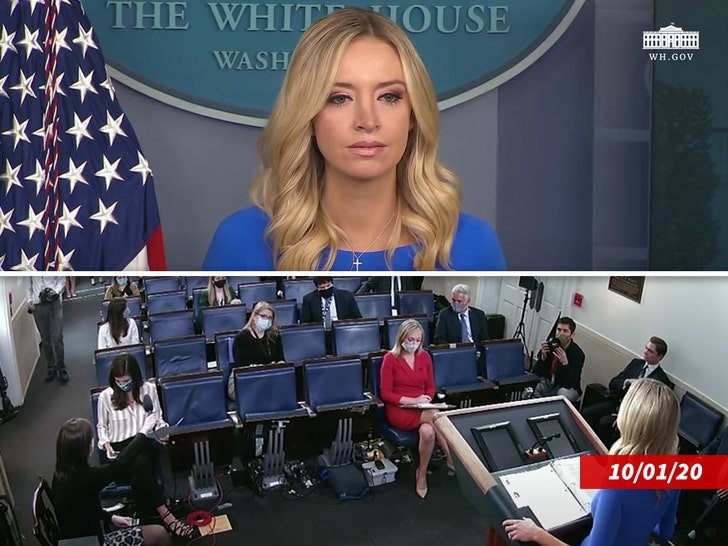 Now that she’s positive, however, McEnany says she’ll begin to quarantine right away — but goes on to say she’ll continue to work remotely. She’s the latest person in Trump’s orbit who’s been infected over the past week — at least 5 others have also tested positive.

Unclear who might’ve started the super-spreading going on at 1600 Pennsylvania Ave., but what seems clear is that the virus was front and center at the Amy Coney Barrett nomination ceremony. Among those present who now have COVID … Donald and Melania Trump, Kellyanne Conway, Rev. John Jenkins, Chris Christie, Senators Mike Lee and Thom Tillis as well as Hope Hicks.