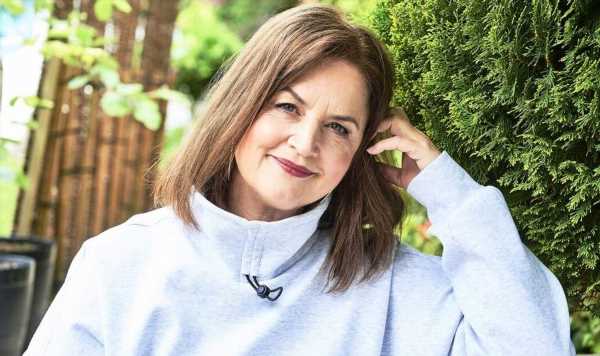 “I can get so upset about the cruelty in this world, and the awful way that human beings can treat each other,” says Ruth, 56, who adds that she finds acts of human kindness “so uplifting”. 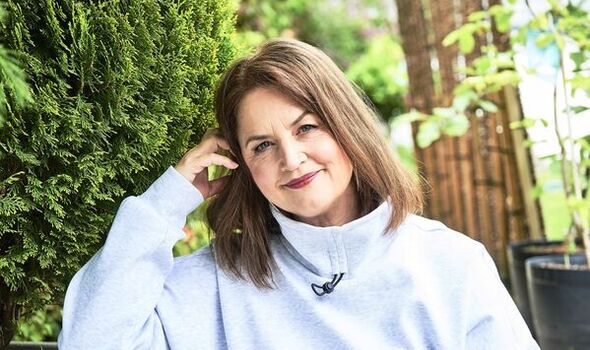 So, perhaps it is no surprise her bestselling novels – the third of which, Love Untold, has been published this week – are notable for their distinct lack of cynicism.

“I can imagine quite horrendous things in my imagination, and visualise terrible scenarios, but I can never quite put any of that into what I write. I just don’t want to add to it,” says Ruth, who also created and co-wrote Sky One’s Bafta-nominated Stella, which ran for six series.

“Yes, I could be accused of being overly optimistic about humankind, but I find that hugely rewarding,” she insists.

Kindness is a quality that she prizes highly in her friends, including James Corden, who co-wrote Gavin & Stacey, and also starred in it as Essex wideboy Smithy, the object of Nessa’s amorous intentions. He is a really generous person, and sometimes he just floors me with his kindness and the things he will say,” she enthuses.

Since he found success in the US, the friends and co-writers have had less time together, and sometimes go “weeks, even months”: without being in touch.

“Then he’ll just send me a message like “What are you wearing?” or some silliness, and I’ll send a picture of my hat, and it’s about a friendship that is there that is not even talked about. He is a kind human being and although he gets a bit of flack from various corners of the world, people have no idea how lovely he is.” 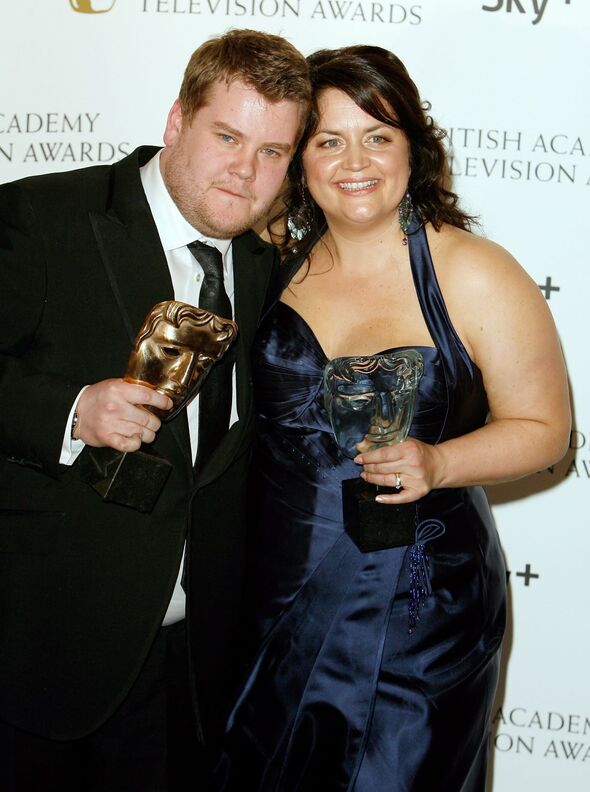 Ruth is particularly drawn to his sense of childlike wonder.

“You know when you were a child and couldn’t bear to be bored?” she explains. “James is like that all the time. He will find something interesting in a cup and saucer; he’s always intrigued by things, even small things, and that is a fantastic good. That curiosity translates into what makes him a really good interviewer.

“He always wants to have a laugh and that rubs off on everyone.” Corden proved a huge hit on the American talk show The Late Late Show, but announced earlier this year that he was leaving in 2023 after seven years, a declaration that reportedly resulted in his US bosses trying to tempt him to stay by offering to double his rumoured £3-4million salary.

Despite all this, Ruth says, he has remained “very down to earth”.

“He’s very good at the whole ‘fame’ thing,” she adds. “He hasn’t changed. He mixes with really famous people and does it with the same ease as when he’s with people he was at school with. I think that’s really telling.”

She does not seem to realise that she could be describing herself. The daughter of Richard, a lawyer, and Hannah, a GP, she went to Porthcawl Comprehensive, the same school as the actor and comedian Rob Brydon who also remains a friend. “We did school musicals together, including Carousel, and Guys And Dolls. Good times,” she chuckles.

While trying to break into acting, after graduating with a degree in theatre studies and after training at the Welsh College of Music & Drama, Ruth worked as a temp at a council contracts department. Roles with the Royal Shakespeare Company and The National Theatre were followed by her appearance in the 1999 hit film, East Is East.

She then appeared on television as Kelly in four series of ITV’s comedy Fat Friends, which was where she met Corden. Roles in television productions as diverse as Little Britain and Little Dorrit followed.

Excitingly for their fans, she fully expects to work together with Corden in the future. Their last collaboration was the Gavin & Stacey Christmas special which drew an audience of 18 million and won the BAFTA for Best TV Moment in 2020 when Nessa – catchphrases, “I won’t lie” and “what’s occurring” – proposed to Smithy.

But she is adamant that they won’t be breathing new life into those characters despite the fun they had keeping the last one under wraps. “When we wrote the special of Gavin & Stacey, I had to travel a bit further than the train from Cardiff to Beaconsfield to do it. It was a bit hotter outside, but otherwise it was the same. We do love being in a room together.

“We start with Post-It notes to map out our ideas, sometimes beginning with an end point and then working back to the beginning.”

She thinks she still has some of these brainstorm notes in her possession. “They are so inelegant and unprofessional looking. They just say something like “garage” or “dog”,” she laughs. 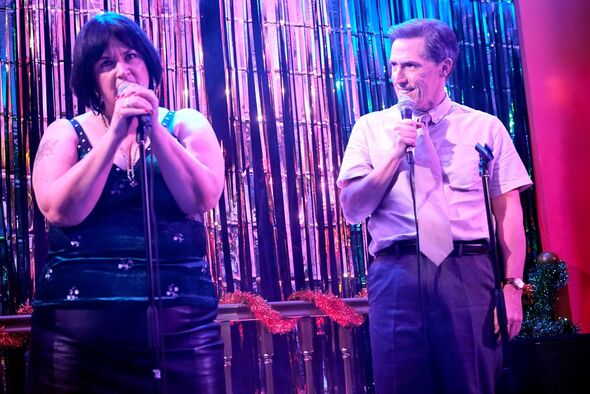 “The joy was that we managed to keep the special secret for so long. By that point we’d written it, checked the cast were available and onboard, and got to announce it just after Brexit.

“I felt really bad, because I’d been interviewed by Matt Lucas the day before on the radio and he asked if we were going to be doing any more Gavin & Stacey. I felt terrible and wrote to him to say I was sorry that I had to lie to you.”

But, as far as one can tell, it does seem that the characters have reached the end of the road. “We’ve always said we’ll write together again one day but we won’t be revisiting Gavin & Stacey.”

Ruth is not on any social media, but is aware of the squall that erupted after the special contained the song Fairytale Of New York by The Pogues and Kirsty MacColl. The lyrics contain the word “faggot” and the decision to include the song upset some people who consider it to be homophobic term.

In November 2020, BBC Radio 1 announced that it would not be playing the original version because its audience may be offended by some of the lyrics.

The station said young listeners were particularly sensitive to derogatory terms for gender and sexuality. The song is currently considered “cancelled” by many. Ruth, however, is adamant that this is a semantic misreading and is happy to explain the etymology of the word. 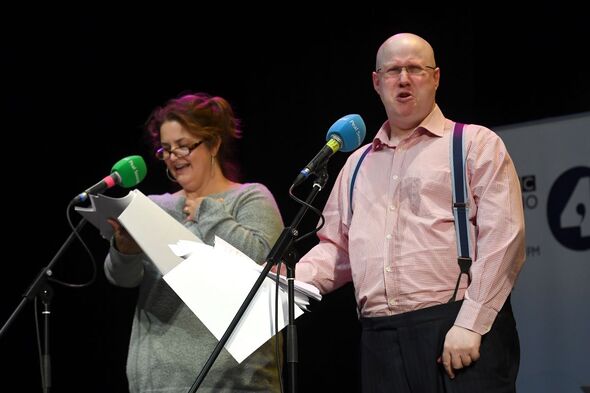 “”Faggot” is an Irish-Scouse word for “layabout”. It can also mean a pile of sticks,” she says. “In that sense, in that song, it is meant as a layabout. That has always been the meaning. You don’t want to upset and offend people, but by the same token you can’t claim we were deliberately trying to offend people ourselves.”

Her latest novel is certainly evidence that Ruth prefers to be curious, not judgmental. She was inspired to start writing fiction when she worked with Dawn French.

“She had just written her first novel and she said, “You can do it”, she was really encouraging.”

Ruth’s award-winning first novel, Never Greener, was based on an old screenplay she had written. “The story was good, but it wasn’t great scriptwriting.”

But once re-written as a debut novel it sparked a bidding war. This time round, she wanted to write something about the difference in generations.

“This came from a conversation with my 17-year-old niece. She’s lovely, but I had the feeling she was thinking I didn’t have a clue what it was like being 17. She didn’t realise older people still feel much younger inside.” 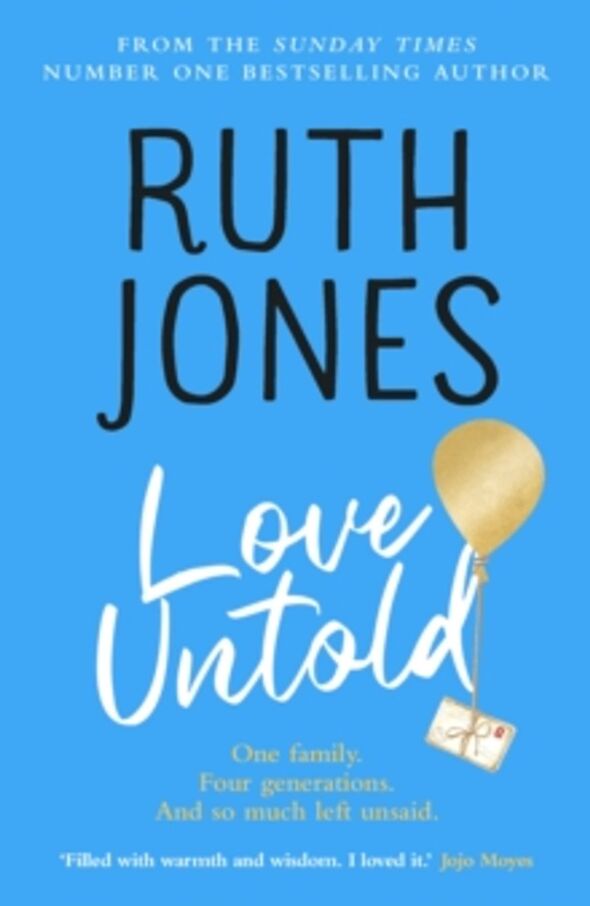 Her protagonist, Grace, is 90 and has flashbacks to her life as a young woman, and feelings similar to those her great-granddaughter would have. She based the character on her mother Hannah who brought up four children under the age of 10 while working full-time.

“Grace’s grounded attitude to life is very much based on my mum. I’m one of four and she’s always been there for me. She’s very Welsh, very dry, and quiet and unassuming. She’s the sort of person who knitted us all a nativity set.”

Ruth still has hers, and has just asked her mother to knit a set each for her three stepchildren with her husband of 23 years, the TV and radio producer David Peet. “Our house was very traditional,” she says.

“Mum would come home from work and cook the dinner. We go away on little road trips around Wales, my mum and me, and I told her about this new novel with a feisty 90-year-old who walks, does yoga and swims in the sea.

“She said, “That’s absolutely ridiculous, how at 90 could she go swimming in the sea?” My dad died five years ago now and I still miss him terribly. The thought of my mum not being around terrifies me; it’s the idea of the things and people who have always been in your life no longer being there.”

● Love Untold by Ruth Jones (Transworld, £20) is out now. To order for £18 with free UK P&P, visit expressbookshop.com or call 020 3176 3832. Ruth is appearing at Ilkley Literature Festival on October 8. Visit Ilkleyliteraturefestival.org.uk for more information.