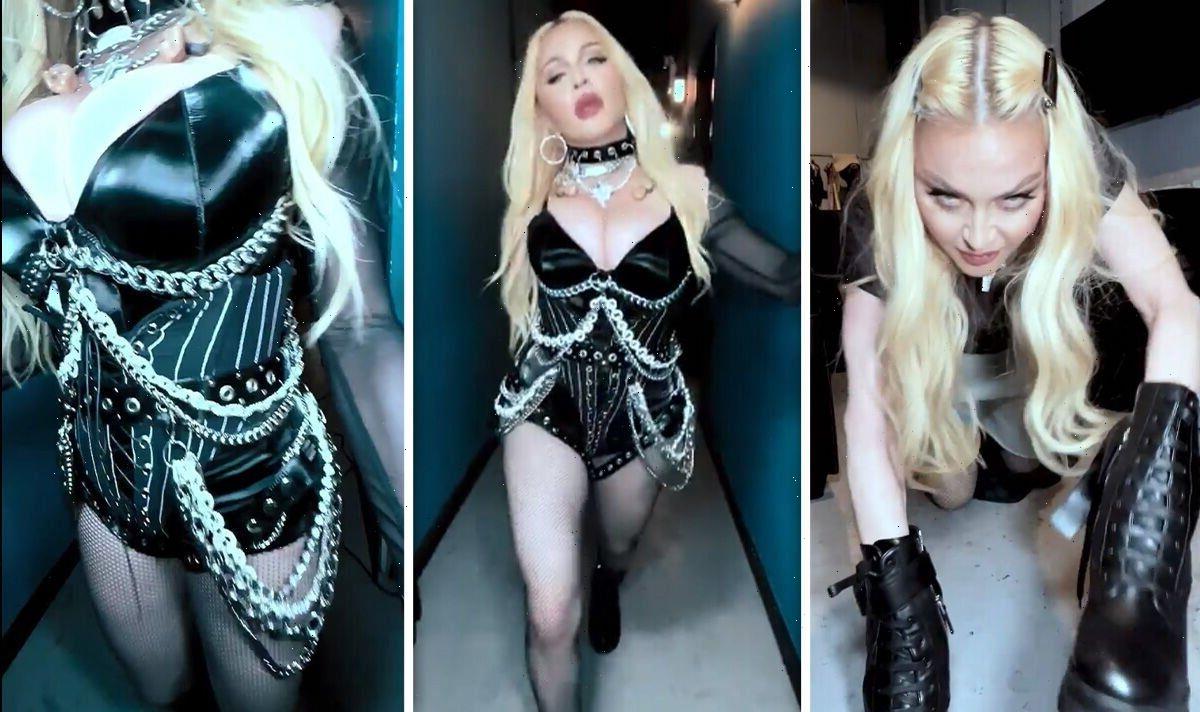 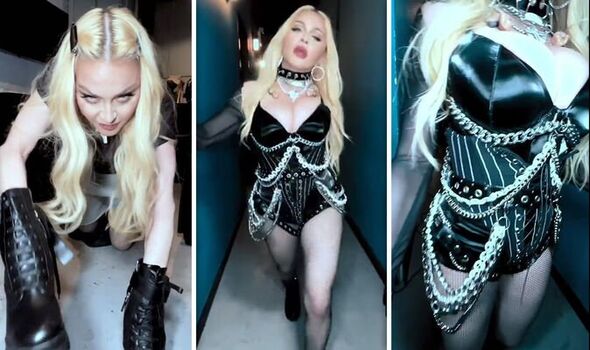 ‘What’s going on?’ Madonna, 63, poses up a storm in busty bodice, but leaves fans worried

Madonna, 63, has taken to Instagram to share a quirky 10-second video of herself, leaving many fans asking the same thing.

Madonna, 63, has taken to Instagram to share a quirky 10-second video of herself, leaving many fans asking the same thing.

At the beginning of the video, Madonna can be seen walking with her hands in her boots before the shot changes and unveils the Vogue hitmaker’s racy outfit.

At first, Madonna can be seen in tie-dye shorts and a black top as she stomps down a hallway with her hands in her shoes, while staring at the camera.

The shot then changes to a catwalk style video of the Holiday singer in a black busty bodice covered in chains.

She strutted down a hotel hallway as she showed off her attire in view of her 18.3 million Instagram followers.

Ughhhholyfvck said: “What are you doin? Are you okay?” (sic) 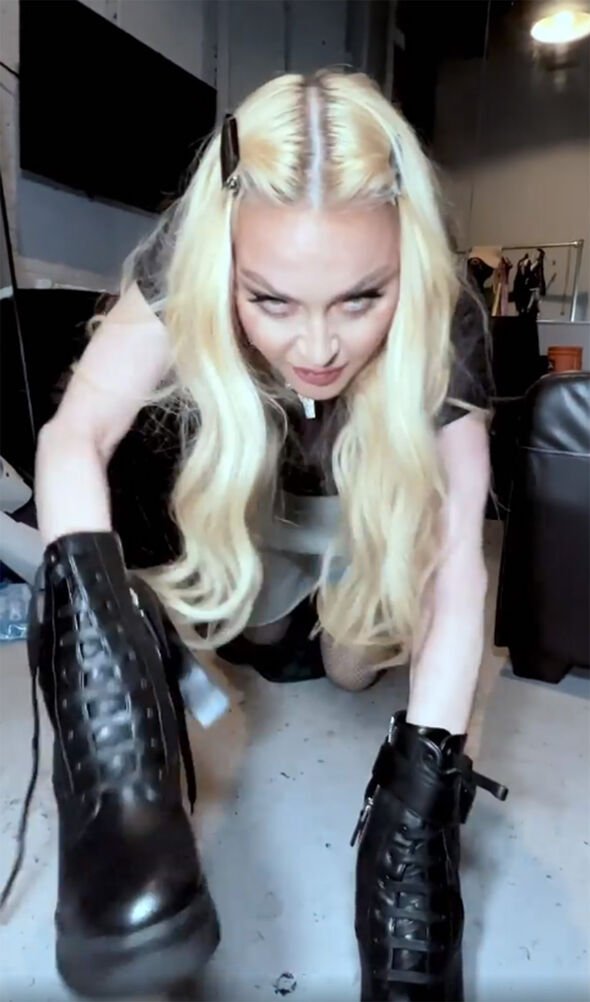 Madonna, 63, walked with her hands in her shoes

She did not lose eye contact with the camera 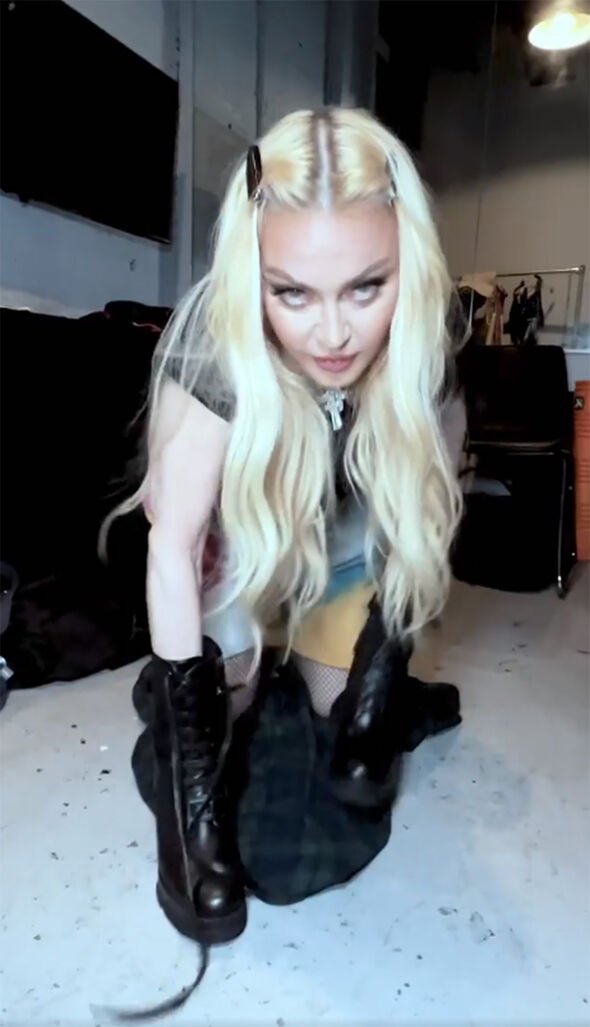 She wore her blonde tresses down 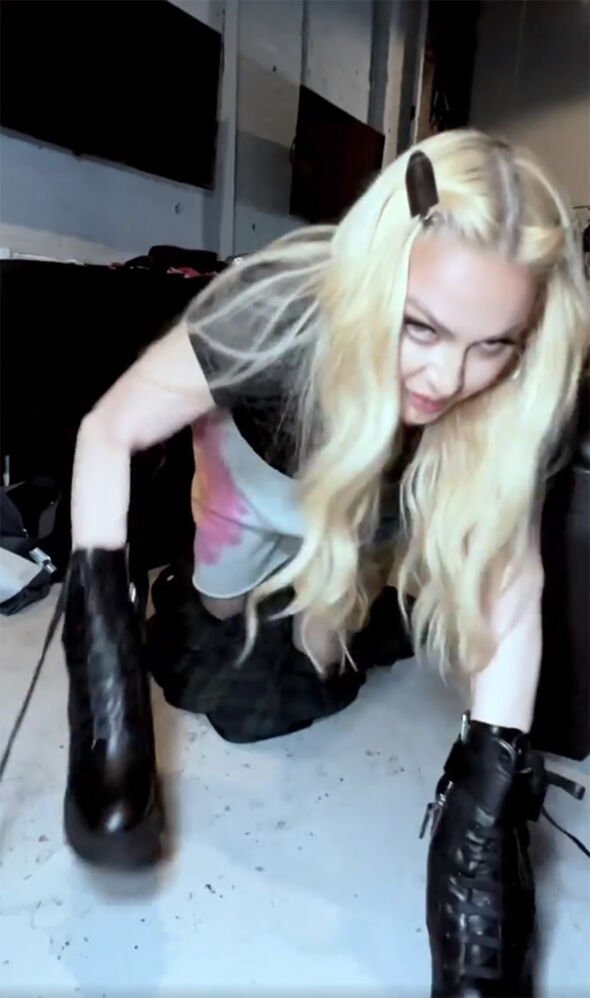 Many fans commented on the bizarre video

She sparked concern amongst some of her fans 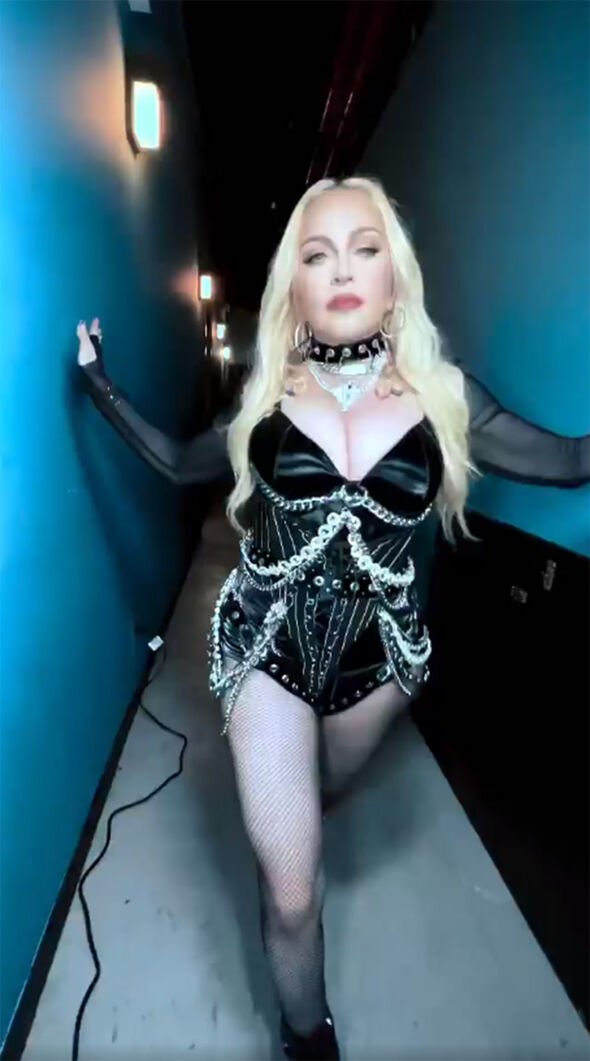 The video then changed to a catwalk style

Madonna strutted down a hotel hallway, leaving very little to the imagination 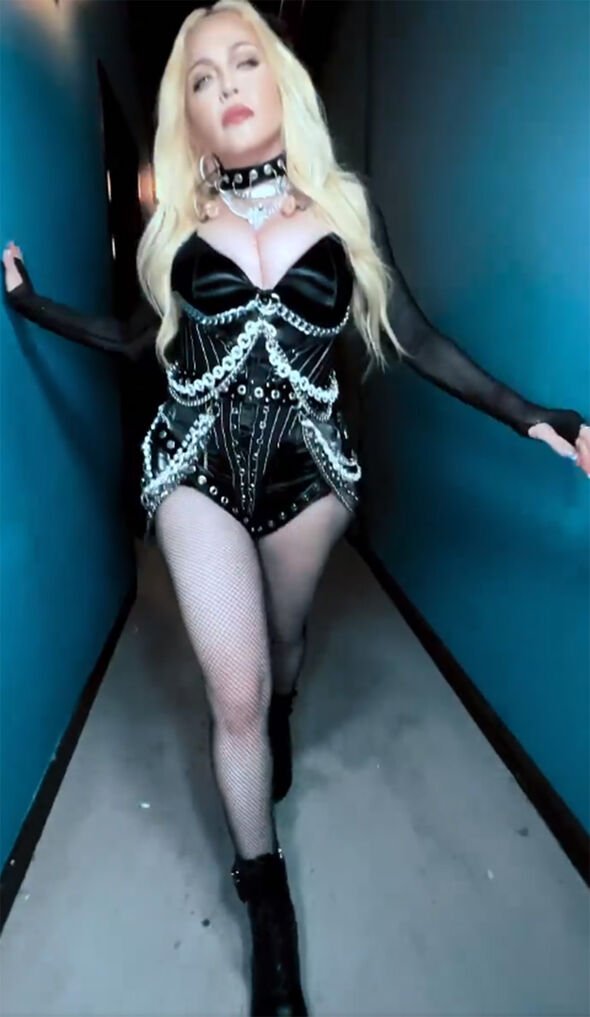 She gave a very busty display

Madonna posed in a tight corset 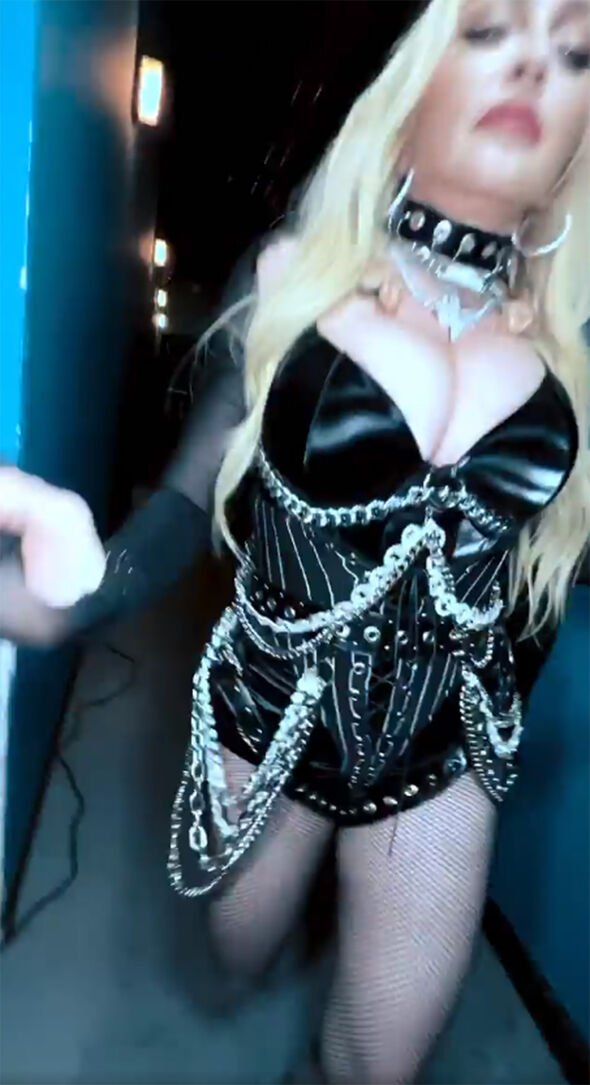 The singer was covered in silver chains

The bodice was covered in silver chains 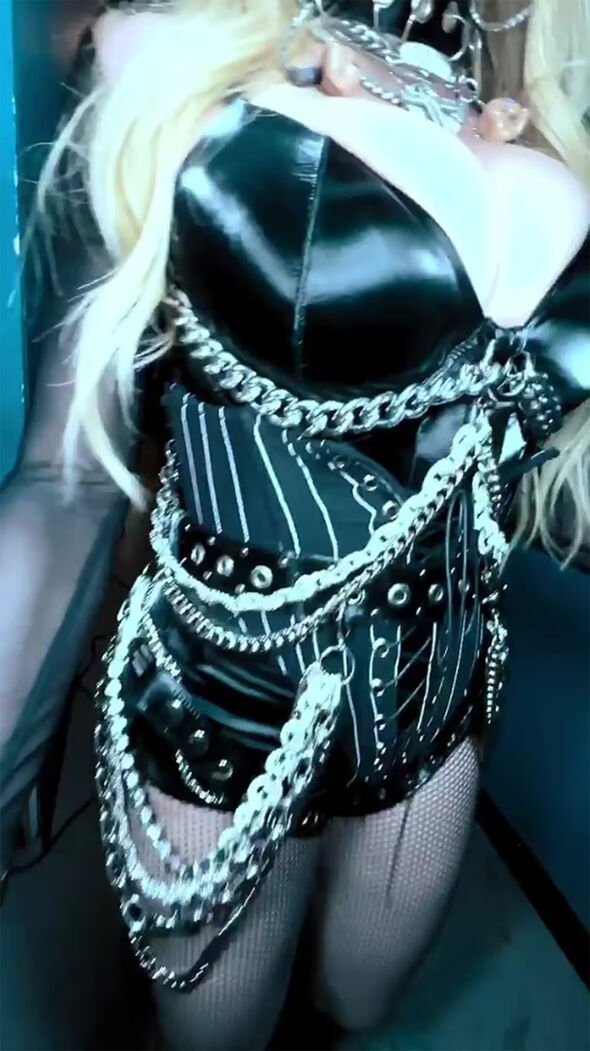 She also wore a chocker down round her neck 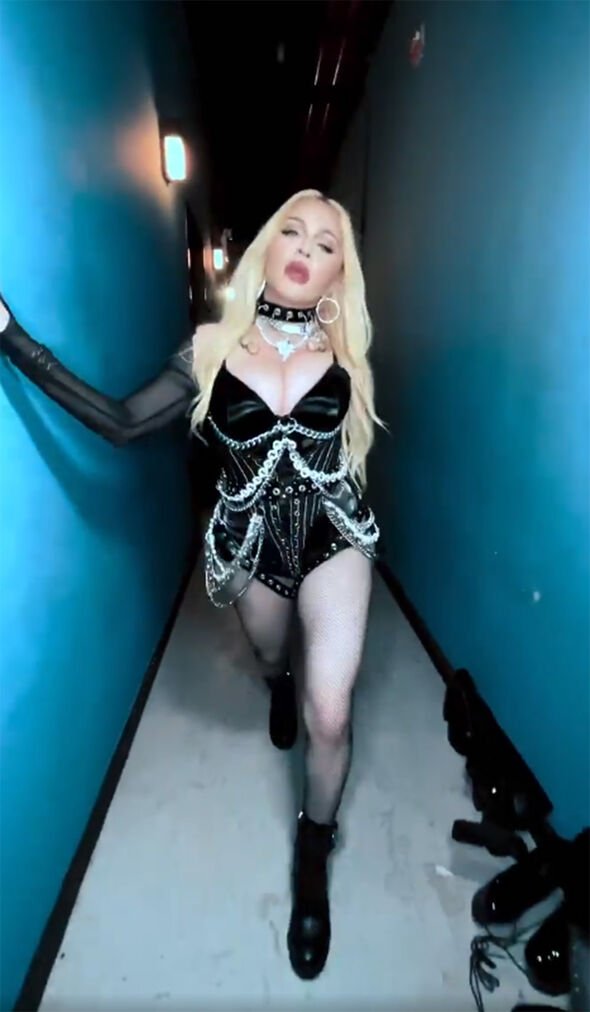 Madonna is known for her risque outfits

Madonna’s outfit today was no different