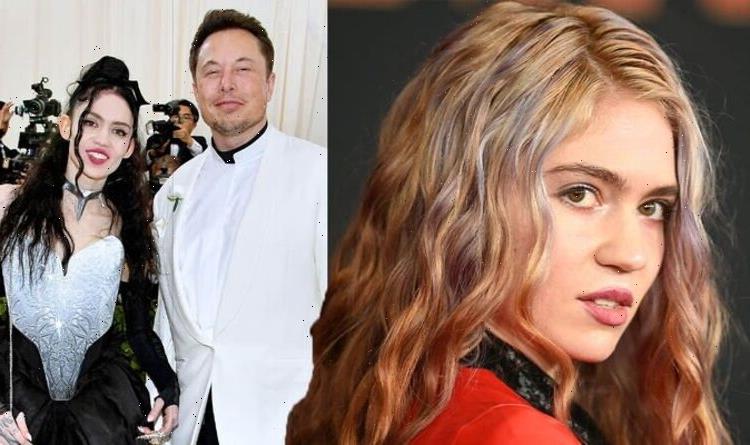 Elon Musk hits out at Biden after being snubbed from meeting

Elon Musk, 50, and Grimes, 33, welcomed their second child via surrogate in December, after recently revealing the couple had called it quits. Grimes has spoken in a new interview about her relationship with the Tesla billionaire and their plans going forward.

Genesis singer Grimes shared the news of the arrival of her daughter in a series of Twitter posts about her latest interview.

She wrote in one Twitter post: “Me and E have broken up *again* since the writing of this article.”

The couple revealed their daughters name, Exa Dark Sideræl, or Y for short.

According to the singer, the little girl’s unique first name, Exa, was inspired by the supercomputing term exaFLOPS, which is “the ability to perform one quintillion floating-point operations per second”.

The second name, Dark, is a nod to dark matter and “the unknown”.

Even though she is not with Elon anymore, the singer revealed that she still sees him as her “boyfriend” in some ways.

She told Vanity Fair: “I would probably refer to him as my boyfriend, but we’re very fluid.

“We live in separate houses. We’re best friends. We see each other all the time.

“We just have our own thing going on, and I don’t expect other people to understand it.”

She continued: “This is the best it’s ever been. We just need to be free.”

Grimes also revealed her plans to have more children with Elon, even though they are not officially together.

Grimes only revealed about the couple’s new arrival when a baby crying was heard upstairs during the interview.

When Elon and Grimes split in September, Elon spoke out about the pair still being on “great terms”.

He continued to Page Six last year: “We are semi-separated but still love each other, see each other frequently and are on great terms.

“It’s mostly that my work at SpaceX and Tesla requires me to be primarily in Texas or travelling overseas and her work is primarily in LA.

“She’s staying with me now and Baby X is in the adjacent room.”

Elon has five other children from his relationship with Canadian author Justine Wilson, whom he married in 2000.

They decided to continue their family, with twins Xavier and Griffin born in 2004.

This was followed by triplets Kai, Saxon and Damian in 2006.

The couple split in 2008, and share custody of their five sons.