AceShowbiz –Wendy Williams recently opened up about her health issue on Instagram, but she may have way bigger problems than that. Words are her husband Kevin Hunter, who has been accused of cheating on her with another woman living just down the street from their New Jersey home, has got his mistress pregnant and this might be the final straw that will cause the TV host to seek a divorce.

A source tells popular blog lovebscott.com, “She’s allegedly pregnant and still living just down the street from their house. Word around the show is that they’re going to divorce sometime now that little Kevin has gone college.”

The source additionally dishes on Wendy’s declining health. “She’s wobbly all the time, and has been cussing out Whoopi Goldberg behind-the-scenes – without Whoopi being anywhere near,” the so-called insider expresses the concern.

The 54-year-old’s odd behavior has led to speculation that she might be self-medicating. “[People close to Wendy] suspect she might be self-medicating (either with opioids or prescription pills),” the source adds. “[The staff] is routinely having to adjust to her health issues – i.e. not walking out for the beginning of the show, zoning out during segments, etc. They’re really embarrassed about the whole situation.” 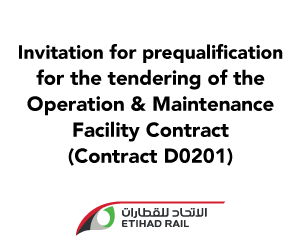 Wendy addressed her health issue in an Instagram post last week. Apologizing for “less than stellar” episode, she said that her bad performance was due a pain medication that she took after she fractured her shoulder.

“As I reported earlier in the week, I have a hairline fracture on my upper arm, which hurts like hell,” she wrote. “I’ve never broken a bone or experienced a fracture in my life. In the key place where the fracture is, and trying to scurry around and do too much, I am now paying the price. I’ve never taken a pain medication in my life (except when I got snatched over 20 years ago) until this week. I did that to power through and try to deliver a great show for you, against the better judgement of the many people around me who genuinely care for my well-being.”

She continued, “I really do ride or die for my craft and give 200%. Not to mention everyone is aware at this point about my thyroid condition (don’t cry for me Argentina). For all my fellow thyroid sufferers, you know what the deal is. And for those that don’t: I encourage you to please read up.” She also promised that she would return better in 2019.