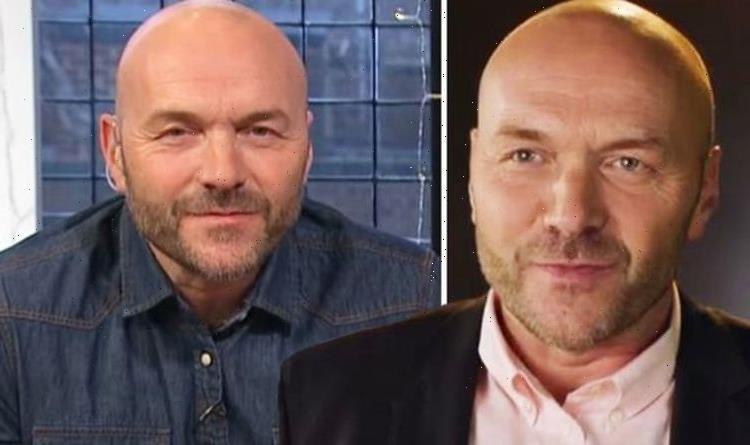 Sunday Brunch presenter Simon Rimmer, 58, has opened up about a difficult period in his life in the ’90s when he nearly went bankrupt after becoming “too cocky” with his plans to expand his restaurant empire. Speaking to presenter Kate Thornton on her podcast White Wine Question Time, the celebrity chef told how he was at one point “three days away from foreclosure” on his house, as well as having a 12-month-old daughter at home with his wife, Ali.

And we weren’t, we actually weren’t good enough to kind of do it

Speaking about opening his vegetarian restaurant Greens in 1991, Simon said he did something which hadn’t previously been done on the food scene.

He told Kate: “We didn’t know what we were doing, we kind of ignored what the rules were,” he said, speaking about his plant-based restaurant.

However, the chef went on to explain that following the success of Greens he and his team opened another two restaurants after becoming too “cocky”.

He said: “The next really big pivotal moment, I think then we got cocky and we opened another restaurant that wasn’t veggie that was just around the corner from here and we nearly went bankrupt as we opened a third one pretty soon after that.

“So we had three restaurants, we opened two restaurants in the space of 18 months, we thought we were invincible.”

However, despite the success of the first restaurant, Simon admitted he got the subsequent two “wrong.”

“And we weren’t, we actually weren’t good enough to kind of do it,” he confessed.

“We just got it wrong, we got one of the locations wrong and we got the management side wrong and at the time my daughter Flo was about 12 months old.”

Having just welcomed a baby daughter into his family with his wife Ali, Simon told how his situation suddenly became a race against time.

He explained: “And it was a race as to whether we could save the business or the bank was going to foreclose on us.

“And we were three days from the bank foreclosing on us and so we were on the brink of being, a young family and actually kind of losing everything.

“So that was the day and I can remember- just talking about it actually makes me feel anxious,” he confessed to Kate.

Chipping in, the podcast host told how she also felt uneasy listening to her friend relay his story.

“I bet,” she said, before adding: “I’m short of breath listening to this going, ‘oh my god, tell me it was alright?'”

Kate then added that the lessons the chef had learnt would have been “brilliantly valuable down the line” but not at the time.

Agreeing with her, Simon added: “It’s exactly that and also because it doesn’t happen overnight, it’s not like, ‘oh, the bank have said they’re going to foreclose’.”

The star told how he and his family experienced “hell” for a year trying to get their restaurants back up and running after two of them were “haemorrhaging cash”.

“We literally, we were three days away from the bank foreclosing on us,” Simon revealed.

He explained: “I don’t think they’d have taken our home from us, even the bank would have to be pretty ruthless to take the home from somebody with a 12-month-old baby

“But nonetheless, it was horrible. I remember promising that day that I would never, ever allow that to happen again,” he added