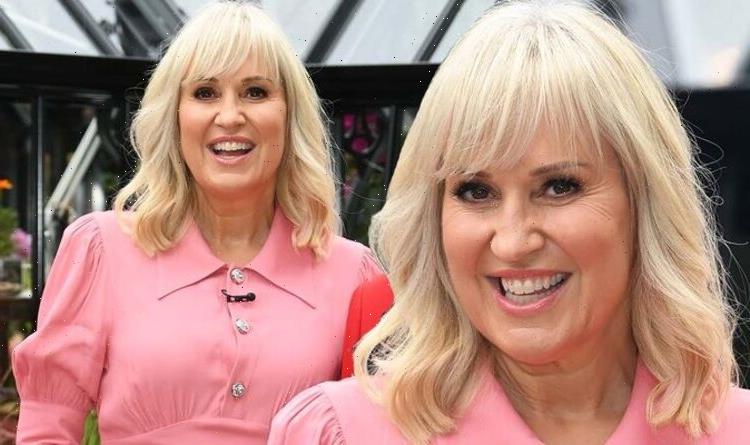 Nicki Chapman, 55, candidly spoke out on her profession and the people she met thanks to it during Kate Thornton’s White Wine Question Time podcast. The Escape To The Country host also recounted the way she first became involved in the entertainment industry and how that led to where she is now.

Nicki took the decision to leave the company after she was offered Nick’s position.

She explained: “Nick [Godwyn] and I were thinking of leaving RCA.

“They offered me Nick’s job and Nick was my boss at RCA and what they didn’t quite appreciate is that he was also my best friend.

Nicki went on to explain how the way things were handled at the record label made her feel “vulnerable” in her profession.

It was after singer Kylie Minogue got “taken off” her that the former Pop Idol star took the decision to leave.

She continued: “They had just taken Kylie Minogue off me and she’d gone to work with somebody else and another act.

“And they hadn’t told me, they just made the decision so I found out through somebody else.

“And I suddenly realised how vulnerable I was at a record company. Not vulnerable personally but in my career.

“You’re in the hands of somebody else and I love RCA, they’re a great group of people.

“But the penny dropped when I went to see Nick and I said, ‘we need to leave’.”

During the conversation, Nicki also revealed her surprise when she discovered her brain tumour had disappeared.

The BBC host underwent surgery to remove the tumour in 2019, but only part of it could be extracted safely.

She told host Kate: “Back in October I was having my yearly scan with my fantastic consultant, who knows that I adore him.

“I tell him regularly in front of my husband how much I adore him and the NHS that looked after me and continue to look after me so well.

“And he rang me, and I was standing in a field, because now we do phone appointments, we don’t do it face to face.”

Nicki added: “So he rang me with my latest scans, and I was standing in a field and the Escape to the Country crew were moved away.

“I knew I was getting the call, so they moved away, and they gave me some privacy and I’m looking at all these pigs.”

Nicki admitted she broke down after hearing the update, and still gets emotional now when talking about the moment.