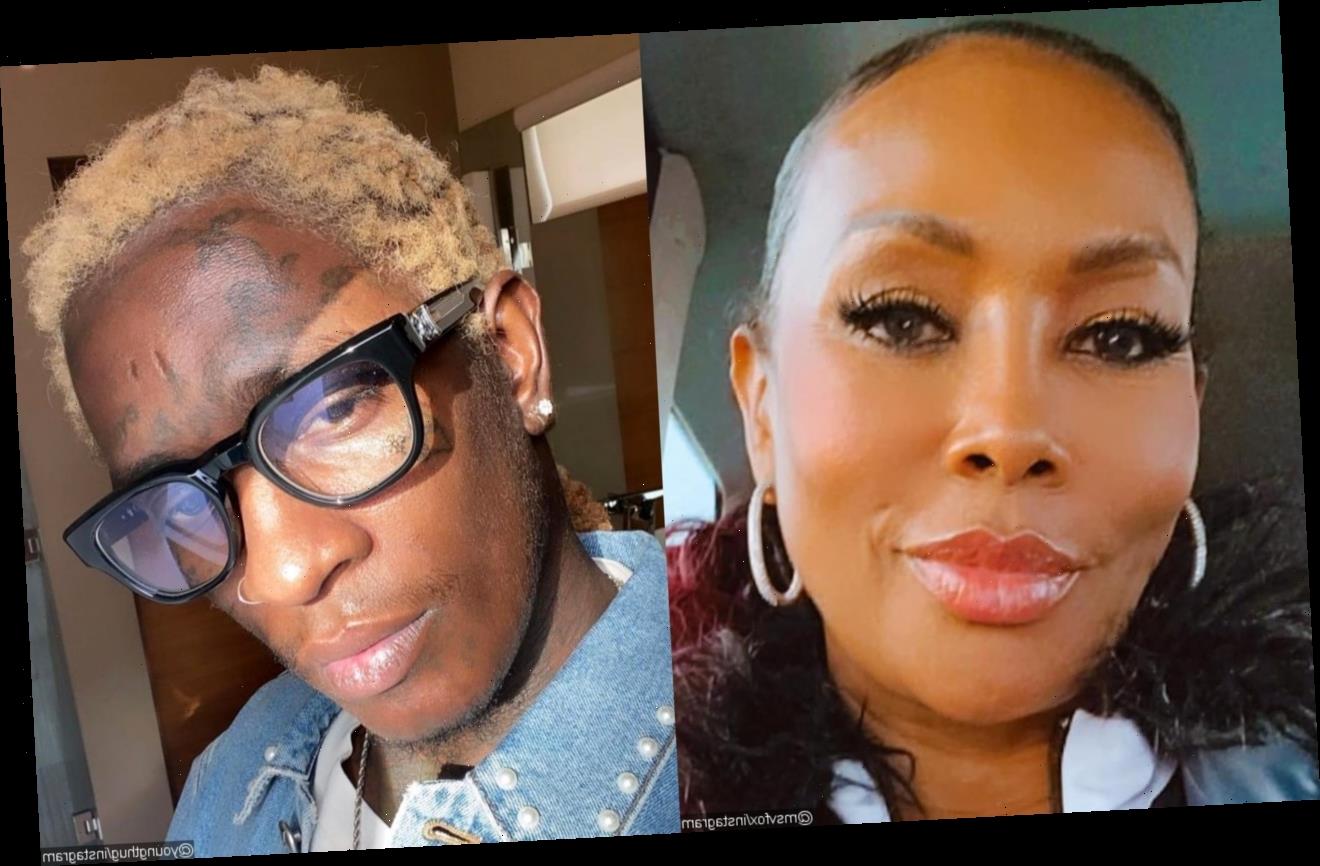 The actress’ offensive remarks about the hip-hop star are met with immediate criticism as one person tweets, ‘Why Vivica fox call young thug a sexy cockroach it be all hell if the tables turned.’

AceShowbiz –Vivica A. Fox has a rather questionable way in complimenting Young Thug. The reality TV star mentions the “City Girls” rapper in the Tuesday, January 5 episode of Fox Soul’s “Cocktails With Queens” alongside Claudia Jordan, LisaRaye McCoy and Syleena Johnson.

In the outing, the co-hosts discussed the rapper with Claudia asking Vivica if she found Thug attractive. To the question, Vivica responded, “You know, he’s just like a good sexy ass looking cockroach.” She went on explaining, “And I don’t mean that mean. He looks like– it’s like the hair, you know what I mean? He’s got rockstar qualities. Like, he would be a great animation character.”

Claudia continued with the questions, asking if Vivica would “let the cockroach live” if she found it in the kitchen. “I meant that in the kindest term, though. Cause his features, they’re just very–but he’s very rockstar, he loves his diamonds, he loves fashion, he loves pushing buttons and he makes good music,” Vivica replied.

Vivica’s remarks about the hip-hop star were met with immediate criticism. “Why Vivica fox call young thug a sexy cockroach it be all hell if the tables turned,” an Internet user wrote on Twitter. “I can’t believe she said Thug look like a sexy cockroach smh,” another person commented.

“2021 can we all stop addressing BLACK PEOPLE AS ROACHES ?????? Woman or man its messed up & its not funny at all,” someone else urged. “But let the rolls reverse and everyone would call him a colorist she dead wrong for that,” another person said.

Meanwhile, some others noted that women had experienced this before. “Oh well. She said what she said! Black men be saying the same about dark skin black women,” a user wrote. Pointing out the double standard, one person added, “If a man said this about a woman he would be canceled.”

Young Thug has yet to respond to the remarks.