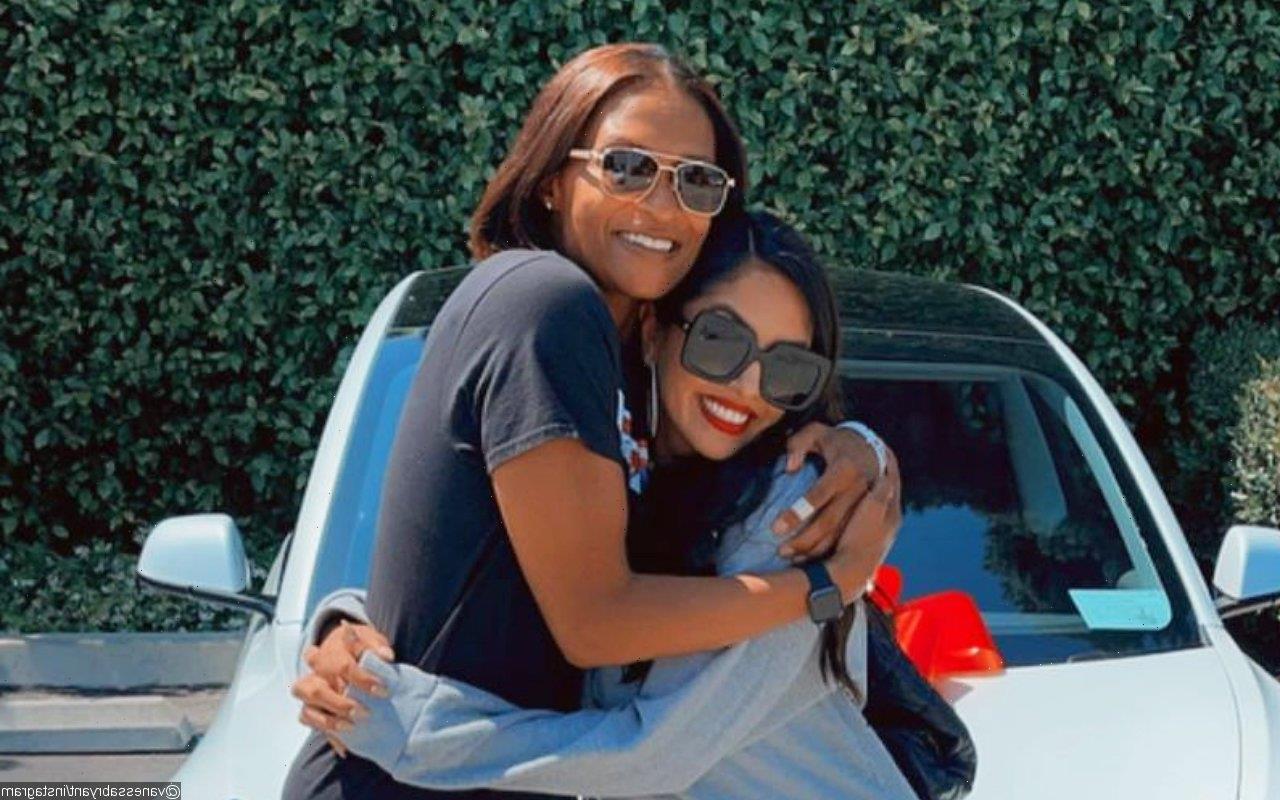 When Sharia Washington breaks down in tears of joy because of the lavish gift, the wife of the late NBA star sweetly wipes her sister-in-law’s cheek before opening the car’s door for her.

AceShowbiz –Vanessa Bryant has surprised Sharia Washington with a lavish gift. To express her love to Kobe Bryant‘s sister, the California native spoiled her sister-in-law with a flashy new Tesla car.

“Surprise @shariawash! We love you!!!” the 39-year-old captioned an Instagram post she shared on Thursday, June 3. Along with a photo of her hugging the older sister of her late husband and a video showing a moment when she surprised the 45-year-old, she continued, “Tesla Tunnel, here she comes!! Vegas to Cali #BoringTunnel.”

In the clip, Vanessa surprised Sharia with a white Tesla. The new car could be seen being decorated with a giant red bow. Seeing the expensive present, her sister-in-law broke down in tears of joy and said, “I’m done.” The mother of four then sweetly wiped Sharia’s tears before she opened the driver’s side door for her.

In another post, Vanessa shared two videos of her and Sharia checking out the inside of the new electric car. “Is that my bestie in a Tessie?” the widow of the late NBA star quipped in one clip, seemingly quoting a lyric from Saweetie and Doja Cat‘s song “Best Friend”. “You like your car?” she asked her sister-in-law, who replied by excitedly screaming to the camera.

Not being able to hide her joy, Sharia herself took to her Instagram account to share a similar hugging photo. In the caption, she expressed her gratitude to Vanessa by writing, “OMG! So this happened today! Thank you so much V! I’m still speechless! [love] This is absolutely amazing. Love you!!” She also added hashtags that read, “#surprised #tesla #love.”

Not stopping there, Sharia also wrote, “So overwhelmed!” on her Instagram Story as she re-shared Vanessa’s post. She then added, “Thank you so much V!” 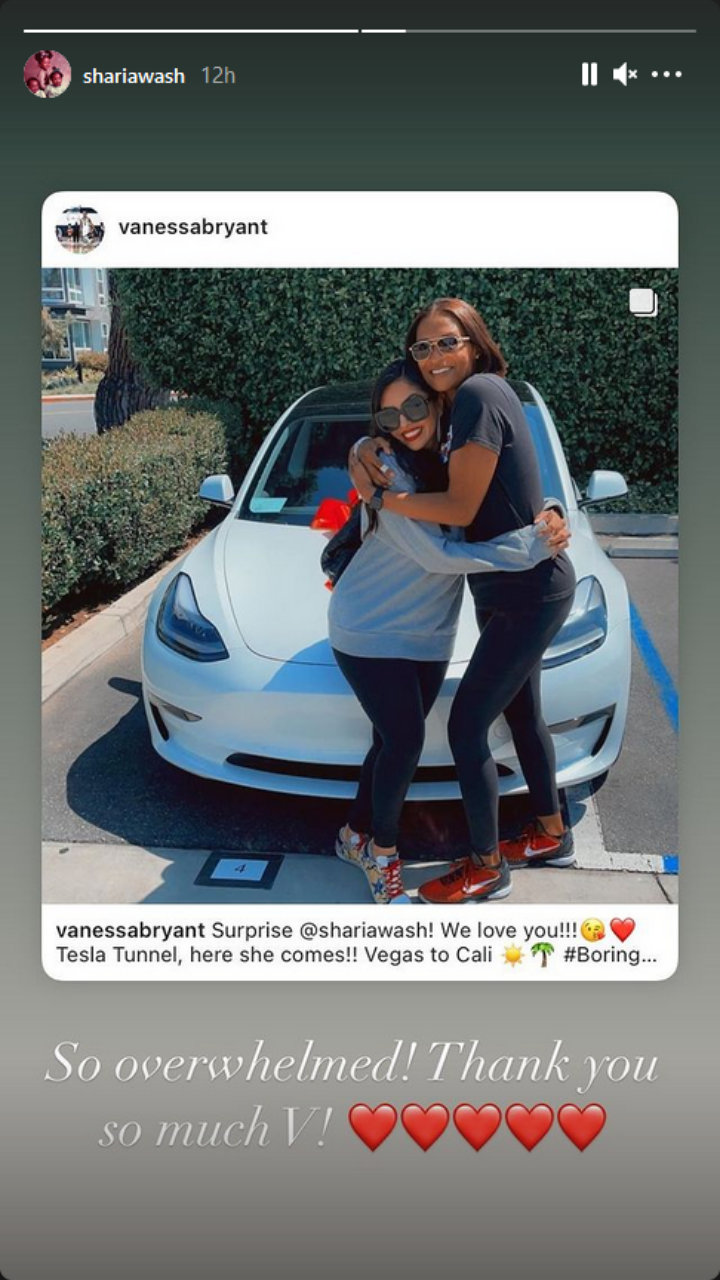 Sharia Washington expressed her excitement over her new Tesla.

Vanessa’s post of her surprise gift to Sharia came on the same day she slammed Nike after sneakers honoring her late daughter Gianna apparently were sold without her approval. “This is a shoe I worked on in honor of my daughter, Gianna. It was going to be called the MAMBACITA shoe as an exclusive black and white colorway on her daddy’s shoes,” she explained.

“I picked the colors in honor of her uniform, the number 2 she wore just like her uniform, the pattern inside, Kobe and Gigi on the back in gold instead of Kobe’s signature, the inside shoe details (butterfly, wings, halo), etc.,” Vanessa continued her statement. She then insisted, “The MAMBACITA shoes are NOT approved for sale. I wanted it to be sold to honor my daughter with ALL of the proceeds benefitting our @mambamambacitasports foundation but I did not re-sign the Nike contract and decided not to sell these shoes.”