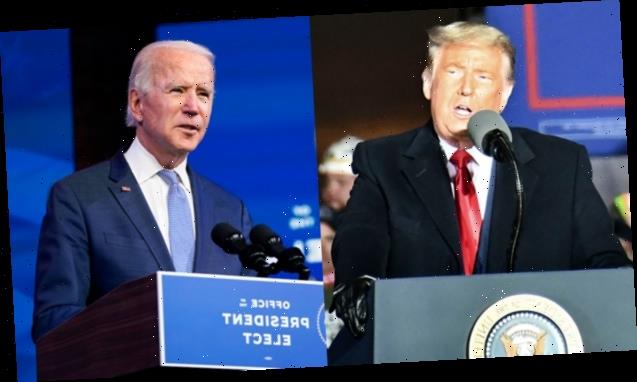 It’s official: Donald Trump is sitting out Joe Biden’s inauguration. The president tweeted that he’s staying home on January 20. He’s only the fourth president in US history to do so.

This is just the fourth time that a sitting president has refused to attend the inauguration of their successor. The last time was in 1869, when President Andrew Johnson (who Trump has named as one of his favorite presidents) missed Ulysses S. Grant‘s transition ceremony. The reaction on Twitter to Trump’s announcement was swift, and brutal. Twitter users were equally shocked, and honestly not surprised, by the president’s petty decision.

Author Ari Berman tweeted, “Trump should watch the inauguration from his jail cell.” Same goes for artist Tony Posnanski, who reiterated that point… just a little more colorfully: “Donald Trump won’t be attending Biden’s inauguration because hopefully at that time that motherf**ker will be in jail.” Film critic JTE from JTE Movie Thinks quote-tweeted Trump’s message with a gif of a door getting shut into a man’s face. One Twitter user assured everyone that Trump will be at the inauguration — at least that baby Trump balloon.

Trump’s declaration that he won’t be present on January 20 comes hours after he gave a video address acknowledging that Biden won the presidential election. Somewhat. Trump never used the word “concede” or admitted that he lost, but promised a “peaceful” transition of power on January 20. His speech came after he was banned from Twitter for 12 hours for tweets seemingly inciting violence. He had earlier told rioters who overtook the Capitol that they were “special” and that he loved them.

In his “concession” speech, Trump reiterated what he’s been saying for months: the election was rigged against him, votes had been stolen, and Biden’s win was illegitimate. It was legitimate, and Congress made it official at 3:30am on January 7. Lawmakers had returned to the Capitol after being evacuated earlier when insurgents carrying zip ties and smashing windows attempted to burst into the chambers. 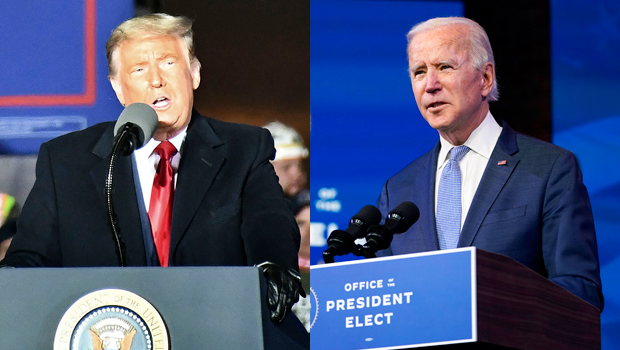 In another break from Trump, Vice President Mike Pence‘s office has indicated that he will attend the event if extended an invitation, per MSNBC. Pence was in the building when angry Trump insurrectionists stormed the Capitol while a joint session of Congress was in the middle of certifying Biden’s election win. Prior to the vote, Pence publicly refuted Trump’s claim that the vice president can overturn election results in Congress.

HollywoodLife reached out to the Biden camp for comment but did not hear back as of press time.