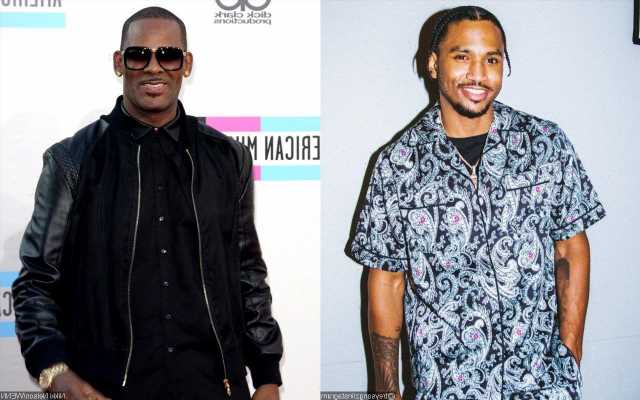 The ‘Can’t Help But Wait’ hitmaker is being compared to the disgraced musician by sexual assault accuser Jauhara Jeffries as she wants his motion to dismiss the case to be thrown up.

AceShowbiz –Trey Songz has been compared to R. Kelly in $20 million sexual assault battle. In new court documents filed by his accuser Jauhara Jeffries, the “Can’t Help But Wait” hitmaker is likened to the disgraced musician.

In the paperwork obtained by Radar on Thursday, March 17, Jauhara fired back at the 37-year-old crooner’s claims that she made “baseless and defamatory” $20 million suit. In her response, she pointed out that the “Slow Motion” singer and his lawyer “are clearly desperate for any narrative that diverts attention from [Trey’s] continued pattern of behavior of assault against individuals, mainly, women of color, that they would advance this frivolous, baseless, and defamatory allegation.”

“[Trey] and his counsel, are victimizing yet another woman of color because this is what [Trey], does victimize women of color, just like R. Kelly, because he knows no one will care or protect them,” Jauhara added. She further noted that she wants Trey’s motion to be thrown out and the case to move forward.

Jauhara sued Trey over an alleged sexual assault that happened inside a Florida nightclub in 2018. In the suit, Jauhara claimed that she met Trey while partying at P. Diddy‘s home for New Year’s Eve. She further noted that the singer invited her to the club to continue the celebration.

Jauhara insisted that Trey penetrated her without consent while standing on a couch while they’re inside the VIP area. “[Jauhara] immediately got off the couch, sat down, and was in a state of shock. Another woman who was also in attendance went to [Jauhara], asked her what was wrong, and then told [Jauhara] that [Trey] had reached into her dress and inserted [sic] his fingers into her vagina as well,” the suit claimed.

Jauhara further explained in the legal documents that she ran out of the club and went into the “Nobody Else But You” crooner’s car, only to be thrown out by him. She is seeking $20 million in damages.

Upon learning of the wild accusations, Trey accused Jauhara and her lawyer of witness tampering and attempted extortion. He also provided an eyewitness from the night. The witness said that Trey never assaulted Jauhara.

The unnamed female witness then accused Jauhara’s lawyer of offering her $100-$200K if she changed her testimony “to corroborate [Jauhara’s] version of events and testified on [Jauhara’s] behalf.” The witness also stated that Jauhara was secretly filming the singer in the SUV on the way back home from the club. He allegedly noticed and asked her to delete the video.

“[Jauhara] denied recording a video and things escalated,” the witness continued. “Eventually [Jauhara] admitted to recording a video, but due to her initial lies, [Trey] asked her to get out of the car anyway.” Trey then demanded the $20 million lawsuit be dismissed.

Trey is currently facing sexual assault accusations from multiple women, including WNBA player Dylan Gonzalez. “Trey Songz is a rapist. Lord forgive me I couldn’t hold that in another year. See you in 2022,” Dylan tweeted last December.

Then in January, Dylan made a formal accusation via her Twitter account with the hashtag #BeStrongNotSilent. “With what seems like endlessly reoccurring news of the alleged sexual assaults committed by Trey Songz, I am forced to repeatedly relive in my mind, and suffer anew, the long-suppressed horror and unbearable PTSD of my rape by his very hands at a well known Las Vegas hotel,” she stated.

However, Trey and his legal team denied the rape allegations, noting that they’d take legal action. “Trey and his team are confident in the legal process,” Trey’s rep told TMZ at the time. The spokesperson further explained that “there will be an abundance of exonerating information to come over the next few weeks.”