Travis Scott posted a second statement — this time a video — as he explained he could ‘never imagine anything like this happening.’

Travis Scott has once again addressed the eight tragic deaths at his Astroworld music festival. The Houston native appeared to struggle as he spoke in a short video about the deadly crowd surge, clearly emotional over the horrible events. “I just want to send out prayers to the ones that was lost last night,” he began in the short clip posted to Instagram on Nov. 7.

“We’re actually working right now to identify the families so we can help them through this tough time,” he explained. Travis also spoke on the controversy that he went on with his performance despite several fans screaming to “stop the show” because “someone died.

“Anytime I could make out, you know, anything that’s going on, you know I stop the show and, you know, help them get the help they need,” he said, making it clear he was unaware of what was happening. “I could just never imagine the severity of the situation…I’m honestly just devastated and I could never image anything like this just happening,” Scott continued, as he pledged his support to local authorities investigating the disaster. 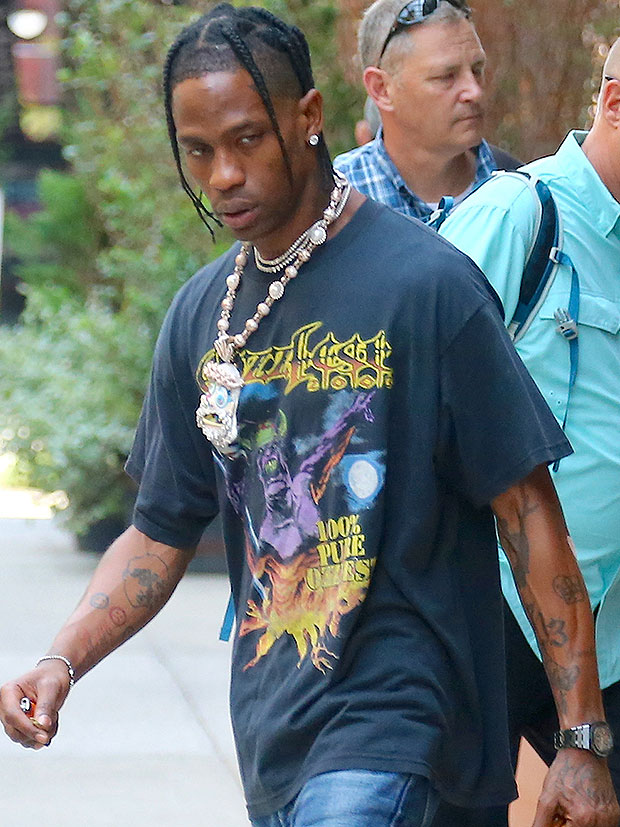 The eight victims died at his show on Nov. 5 after a crowd stampede that also left 300 others injured. Two of the perished victims have been identified by their families so far via their families to PEOPLE magazine: Brianna Rodriguez, 16, and Rudy Peña. A third, John Hilgert, was also named in a school letter issued by Memorial High School where he attended ninth grade per ABC 13. In a press conference on Nov. 6, police did not name victims but confirmed deaths included a 14-year-old, a 16-year-old, two 21-year-olds, two 23-year-olds, and a 27-year-old. During the conference, authorities also confirmed a security guard was “pricked” by a needle.

Kylie Jenner, who is pregnant and in attendance with her daughter  Stormi, 3, also issued a statement on Nov. 7. “Travis and I are broken and devastated. My thoughts and prayers are with all who lost their lives, were injured or affected in any way by yesterday’s events,” she wrote via Instagram. “And also for Travis who I know cares deeply for his fans and the Houston community, I want to make it clear we weren’t aware of any fatalities until the news came out after the show, and in no world would have continued filming or performing,” she also said.