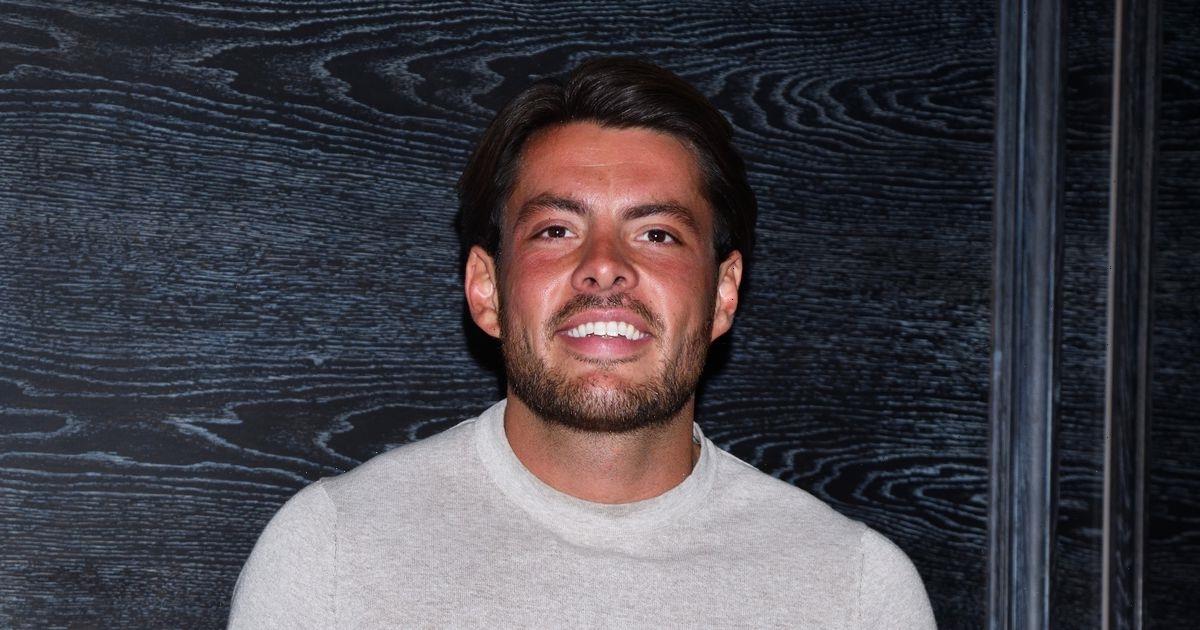 With TOWIE season 30 now officially in full swing, OK! sat down exclusively with returning star Jordan Brook for the inside scoop on the upcoming series – including some seriously “testing” drama ahead.

Speaking to us from sunny Essex, the charming barber wasted no time in sharing how good it was to be back on the show after four long years away from our screens.

“It’s really really nice to be back. I sort of feel like I’ve slotted straight back in,” he explained.

Reflecting on his previous time on the show, Jordan went on to explain how he had matured since his first wide eyed appearance on screen as a young 21 year old just starting out in the world and how this time around he felt in a better position to offer something new to viewers on screen.

“Last time I was on the show, I was a lot younger. I was only 21, turning 22, and it was obviously completely new. I was still living at home, just getting my business off the floor and I had a lot going on.

“So I think the timing this time has worked really well, I feel a lot more confident in myself, I feel like I’ve got a bit more to offer, really.”

Looking ahead in the series, Jordan had remained tight-lipped about what viewers will see unfold, but did tease there is some major drama up ahead that saw him “tested” like never before.

“There’s a lot of good stuff coming up,” he teased. “You’ll see a bit of a different side of me, coming up in this series. I am a very happy, jolly person but I had a few things go on with my family throughout this series and you see a side of me, where I’m maybe not so upbeat and not myself and how I dealt with it.”

Elaborating a little more ominously, he continued: “I think there might be a bit of that to come where I sort of realised for the first time ever I can rely on the cast, on my friends to help me and get me through it. So that was brilliant and you see that side of me.

While Jordan’s own struggles are taking a front seat in this series, many viewers will remember him for always being the ‘therapist’ of the group from his previous appearance, as he tried to mediate between his friends when situations got tense.

Stepping into this role once again, the young star admitted: “I never like to see people excluded or left on their own, so if I can I avoid arguing at all costs in day to day life.

“I like people to smile, to be happy, and like we’ve seen on screen, when I was talking to Amy about her and Bill, I said everything can be sorted with a conversation.

“It’s something my dad’s always said to me, it’s true. Speak how you feel! I’m definitely more of a mediator than I am an aggressor.”

Positivity appears to be a running theme with Jordan, as he is well known for his cheeky smile and upbeat attitude. Yet according to the star there’s no secret recipe for his positivity and his happy life outlook is largely down to his solid friend circle and the influence of his family.

“Y’know what? I’ve got a great family and such a good circle of friends around me. I think we’ve always just been genuinely happy people and of course, you do have times when you aren’t feeling so good, but I just sort of…am,” explained the barber.

“That’s again, maybe where the mediator side of me comes from. I’m a good listener, and I dunno…I’m just generally quite jolly! Family is key though. My family is just like that, we love a good family get-together, a family party. We’re very close and I think that has a lot to do with it.”

Speaking of parties, it was at a recent family get-together that Jordan flexed his singing chops alongside his professional singer dad, leading many fans at home to wonder if he could follow in the footsteps of his pal Megan Mckenna and pursue a music career.

“I would never rule it out!” laughed the star. “I love music. I love singing and being on stage, that’s where I really come into my own. Whether it’s singing or talking, I love it.”

“Whether I’d look into a career in it, I don’t know where I’d start! If I had the right guidance and things like that, you never know! Seeing Megan and how talented she is, it does make me go sometimes, ‘I wonder if I could do that?’

“I really enjoy it, I do, I love singing with my dad and with my family, so yeah, potentially! There’s potentially a music career there one day, who knows?!”