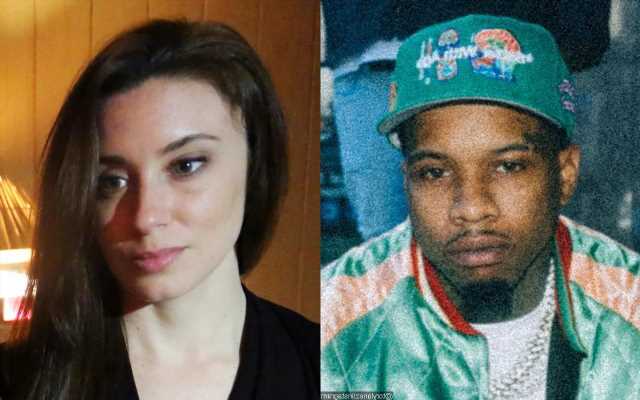 AceShowbiz –Tory Lanez is building a high-power appeal team ahead of his sentencing hearing. According to new reports, the Canadian rapper hired Casey Anthony’s former defense lawyer to represent him in the case that found him guilty of shooting Megan Thee Stallion.

TMZ reported that the 30-year-old emcee recently enlisted Jose Baez, who famously represented Casey when she was on trial in 2011 for the death of her daughter. The “Say It” rapper also added Suge Knight’s ex-lawyer David Kenner and an attorney named Matthew Barhoma.

Tory is expected to attend a sentencing hearing on February 28. The hearing was initially scheduled on January 27 before it was rescheduled as the rapper, born Daystar Peterson, made changes to his legal team. Jose, David and Matthew are replacing his original defense lawyers, George Mgdesyan, who said he “doesn’t do appeal,” and Shawn Holley, who missed the trial due to a scheduling conflict.

In his statement, George debunked claims that he’s exiting Tory’s legal team on bad terms. “I don’t do appeals, so we had to get somebody on board to handle the appeal,” said the attorney. He further noted that he “may still attend” Tory’s sentencing hearing “if possible,” adding, “as a party who represented Tory and is friends with Tory, I have an interest.”

Tory was convicted of three felony charges following eight days of trial, nearly two days of closing arguments and a day of deliberations. The “Say It” emcee could face up to nearly 23 years behind bars and could be deported back to his home country of Canada.

Amid Tory’s plan to appeal the verdict, his dad Sonstar Peterson declared that they “will not back down” despite stating they have forgiven Megan. “This might come as a shock to many of you but guess what? Both my son, myself and others of our family have long decided that we are not going to hold any animosity against Megan Thee Stallion,” the father said during an Instagram Live session on January 12. “We forgave that girl a long time ago. Long time ago.”

“Forgiveness is not for the other person, it’s for you. So, that’s what we decided,” he continued. However, he pointed out that his family “will not back down from the machine that has been in the background, trying to press the narrative in order to use this girl for what they have used her for.”