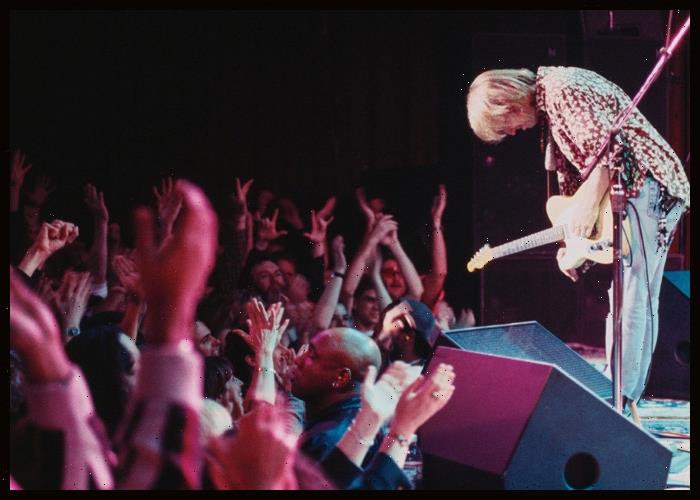 Tom Petty & The Heartbreakers recently shared a never-before-seen clip ahead of the release the Live At The Fillmore box set.

In the eight-minute clip, the band performs songs like “Listen to Her Heart” and “Runnin’ Down a Dream” as well as covers of Little Richard‘s “Lucille” and J.J. Cale‘s “Call Me the Breeze.”

The Tom Petty and the Heartbreakers Live At The Fillmore box set will drop on November 25 via Warner Records. The collection will be available as a 4-CD or 6-LP deluxe edition as well as on 2-CDs and 3-LPs.

The box set will feature recordings from the band’s residency at the Fillmore in San Francisco between January 10 and February 7, 1997.
They played dozens of songs during the run and recorded six of the shows.

This is the first Heartbreakers live album since Petty’s death in 2017.