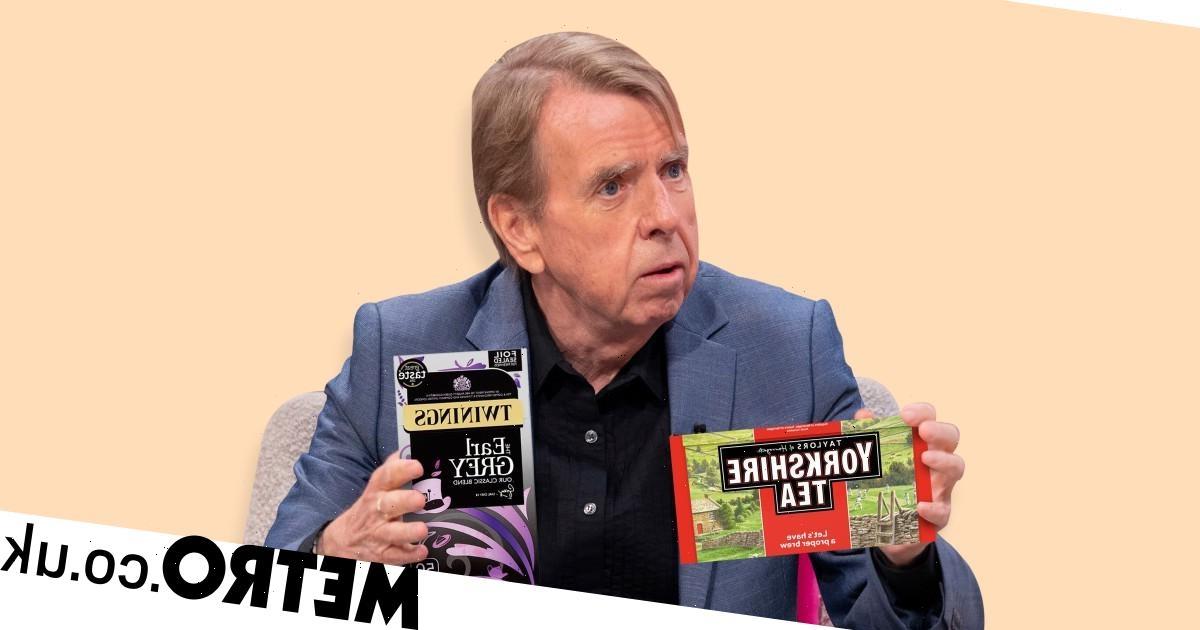 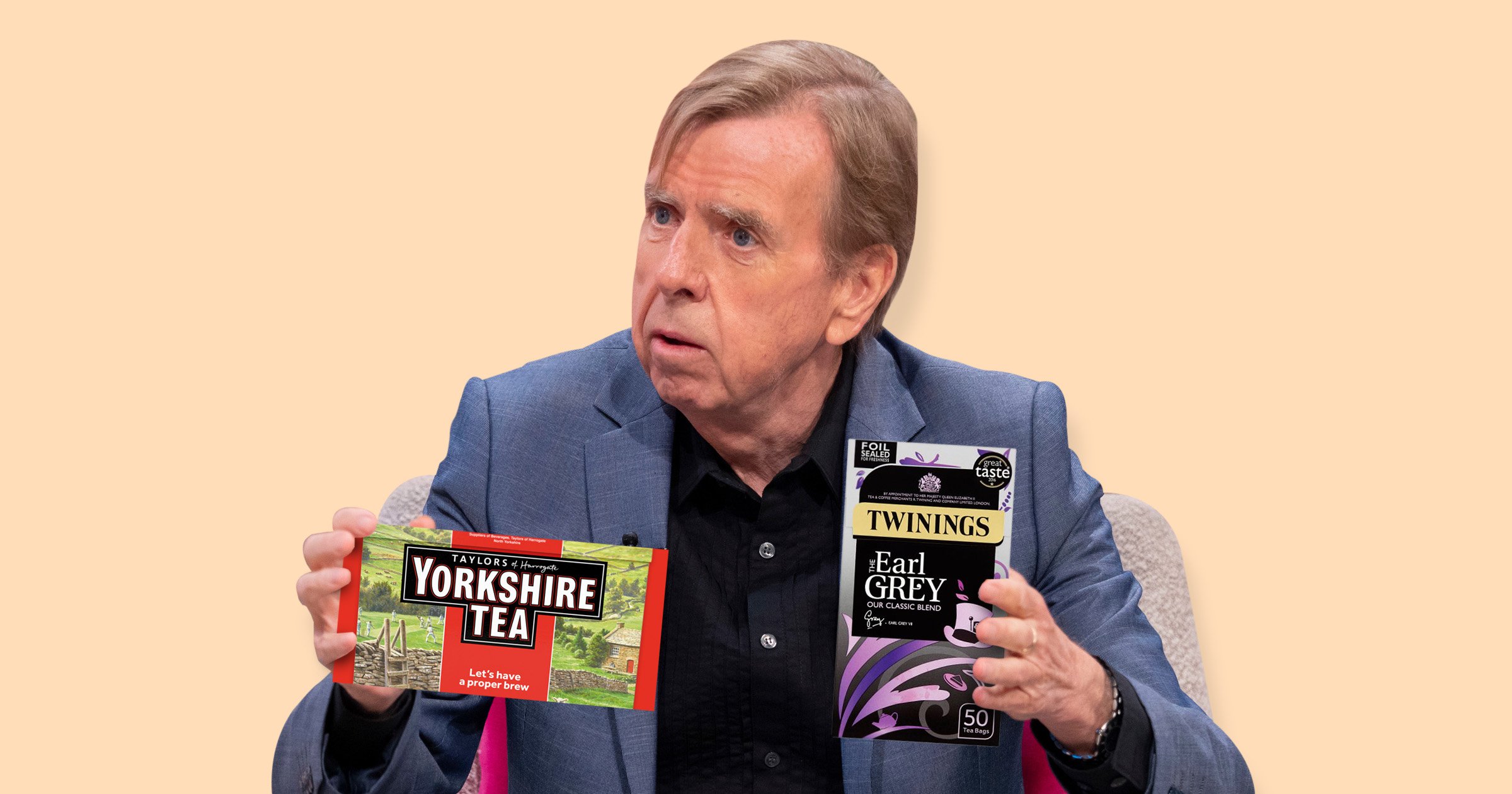 For tea lovers, relationships can be torn apart by arguments over whether the milk goes in first or last in a cuppa (it’s obviously last).

But we’ve never come across the possibility of an argument over ‘cross-bagging’ – until now.

Timothy Spall has revealed his unique method for making a cup of tea, involving a bag of Yorkshire and a bag of Earl Grey.

The Auf Wiedersehen, Pet actor appeared on the Off Menu podcast with comedians Ed Gamble and James Acaster, who were taken aback by the answer given when they asked what was in the glass mug Timothy was holding.

The 64-year-old replied: ‘A cup of my favourite tea, which is Yorkshire and Earl Grey. So a little bit of the old builder in me, and also the layers of sophistication that’s happened to me ever since I became an actor of the parish many, many years ago.’

Ed asked: ‘It’s a mix of teas?’, with Timothy explaining: ‘Well yeah, two bags. Stick ‘em in, two Yorkshire or whatever the equivalent builder’s is, then a bag of Earl Grey. Let it become so strong that you can stand your spoon up in it, then it’s ready to go.’

James said: ‘I’ve never met anyone who’s double-bagged it, let alone cross-bagged’, with Timothy then referring to the process as ‘cross-fertilising’.

The Harry Potter star said: ‘You’re getting your old fashioned transport caff tea, basic tea that I was brought up on, and then the poncey kind of tea that one is introduced to in a life of sophistication.’

Ed then queried whether he would feel like he lost something or abandoned his past if he let the Yorkshire blend go, with Timothy saying: ‘I think I’d lose it because it’s good, isn’t it? I think I would find myself entering the health phase and ignoring the great stuff, the fried bread, the deep fried s*** of my youth and all those wonderful carcinogenic meals that were dished up and enjoyed – and still do on occasion, still love ‘em.’

While he makes a pot of his quirky blend of teas every morning, Timothy isn’t impressed by other less traditional teabags like ‘fennel and raspberry and all them things that aren’t supposed to be in teas’.

To be fair to Timothy, there have been weirder concoctions on Off Menu, such as Joel Dommett choosing a protein shake for his dream drink, and Daisy May Cooper picking a Pizza Hut salad mainly made from croutons and bacon bits as her dream dessert.

Also on his episode, SAG Award winner Timothy had to answer to claims that his son, actor Rafe Spall, had made on Off Menu previously about his dad being addicted to diet cloudy lemonade.

He admitted he was still partial to the drink, but had graduated to Marks & Spencer fizzy cranberry lemonade, and as a nightly treat, ‘like a boy scout’, he has a glass of ‘Robinson’s blackcurrant and apple with some lemon in it’ – a routine he branded ‘pathetic’.

The London-born actor is about to be back on the big screen in Spencer, the Princess Diana biopic starring Kristen Stewart.

He stars as Equerry Major Alistair Gregory, who keeps an eye on Diana as she arrives at Sandringham Estate for Christmas, and told Variety of his character: ‘He believes in the sanctity of that system. Britain doesn’t have a constitution and if there is one thing that can really represent this poetic, mystical Britishness, it’s the royal family. That’s why everyone is so obsessed with them, including people from other countries.