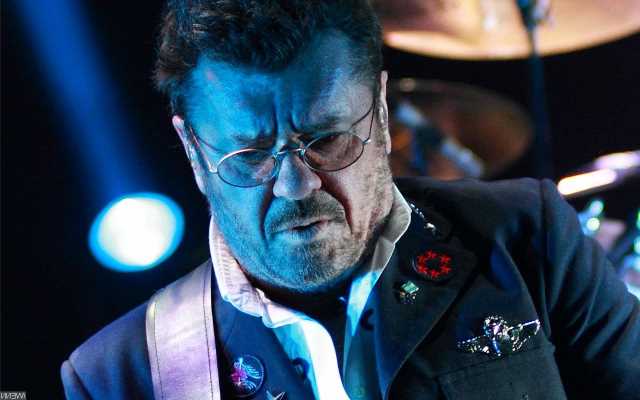 The INXS guitarist is suing a Sydney boat rental company and two boat owners, claiming that his career ended after the incident, during which his left hand became trapped under a heavy chain.

AceShowbiz –INXS guitarist Tim Farriss has been accused of holding back the full truth of an accident that cost him his finger by lawyers representing the boating bosses he’s suing.

The “Devil Inside” rocker lost his digit in a boating accident in 2015 and he is seeking compensation in a negligence lawsuit, but attorneys representing the defendants, a Sydney boat rental company and two boat owners, insist his story doesn’t add up.

The guitarist claims the boating accident, during which his left hand became trapped under a heavy chain, ended his career, but barrister John Turnbull QC told the court on Monday, September 06 that Farriss must have done something for the accident to have cost him his finger.

“I’ve likened it to a toaster,” he said. “Your toast gets caught in the toaster… you can’t just stick a knife in there; you’ve got to turn it off.”

Turnbull also denied claims from the plaintiff’s lawyer that the machine was defective and Farriss should have been warned before he set off on a boat trip to Sydney’s Akuna Bay.

Barrister Adrian Williams told the court the equipment on board failed and his client was left drifting.

“He could not sit and twiddle his thumbs; he didn’t have a mooring to go to, he had to do something,” Williams said. “The device was obviously misaligned… He was put in an awful position.”

“What he has lost is more than a finger. He’s lost the ability for his vocation as a performing guitarist. He was not done with that and unsurprisingly, that’s had the effect of depressing him… all for the expense of a small amount of piping and a small amount of machinery.”

Farriss claims he missed out on a comeback tour with INXS as a result of his injury, prompting Turnbull to challenge him, stating that there has been no confirmation from his bandmates that the group would ever have toured again.

The judge overseeing the case is expected to deliver his judgment in November.