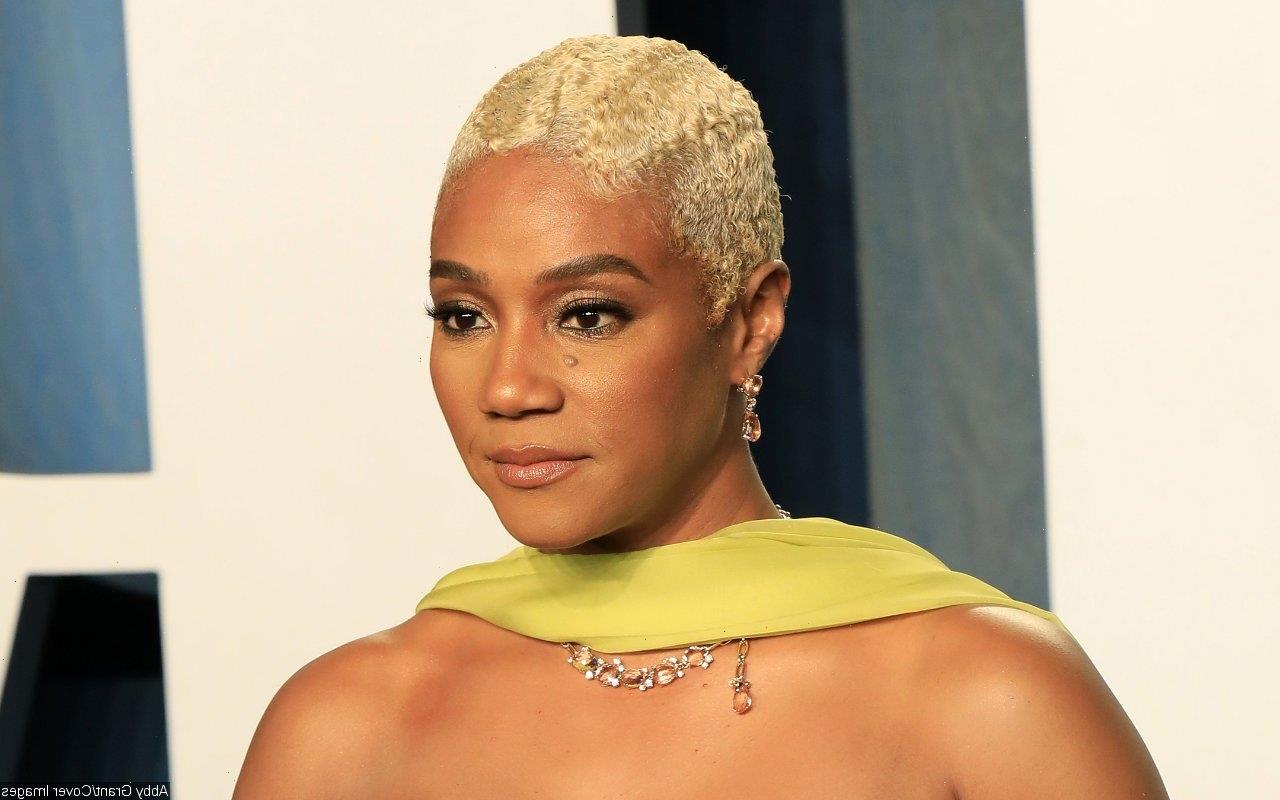 In her statement, the comedienne admits that the sketch ‘wasn’t funny at all’ after it went viral on social media amid the ongoing child grooming lawsuit filed against her and Aries Spears.

AceShowbiz –Tiffany Haddish has spoken out for the first time in response to the child grooming lawsuit which was filed against her and fellow comedian Aries Spears. The comedienne’s response came shortly after the “Through a Pedophile’s Eyes” skit went viral on social media.

Making use of her Instagram account on Monday, September 5, the 42-year-old comedian and actress issued a statement that read, “I know people have a bunch of questions. I get it. I’m right there with you.” She added, “Unfortunately because there is an ongoing legal case, there’s very little that I can say right now.”

Though so, Tiffany further stated that “clearly, while this sketch was intended to be comedic, it wasn’t funny at all.” The former “The Last O.G.” star went on to say, “I deeply regret having agreed to act in it,” before concluding her post as writing, “I really look forward to being able to share a lot more about this situation as soon as I can.”

Tiffany, along with Aries, has been accused of grooming a 14-year-old girl and her 7-year-old brother and forcing them to film an explicit skit titled “Through a Pedophile’s Eyes”. They’re now being sued by the siblings, identified as Jane Doe, now 22, and John Doe, now 14, in the legal docs. Both siblings claimed they have developed debilitating social disorders.

In the motion, the siblings’ mother Trizah Morris alleged that she and Tiffany met through comedy and developed a close relationship over their respective divorces. It’s also stated in the paperwork that Tiffany called the family for “every birthday and every Christmas.”

Around that time, Tiffany allegedly told Jane that she’d discovered “a perfect role” for the teen in her very own commercial. According to the suit, Jane nor her mother were aware of shoot details, while Tiffany and Aries were said to know the plot.

The said skit showed a woman who repeatedly left her child alone with a man who lusted after him. There were also scenes of the child wearing minimal clothing, including being in a bathtub as Aries’ character watched on before getting in. There was a part when lotion got involved and when Aries was looking at the boy, R. Kelly‘s “Bump & Grind” would play in the background.

In response to the child abuse allegations, Aries’ attorney, Debra Opri, said that her client “isn’t going to fall for any shakedown.” Tiffany’s lawyer, Andrew Brettler, echoed a similar statement, “Plaintiff’s mother, Trizah Morris, has been trying to assert these bogus claims against Ms. Haddish for several years. Every attorney who has initially taken on her case, and there were several, ultimately dropped the matter once it became clear that the claims were meritless and Ms. Haddish would not be shaken down.”