Melissa McCarthy is a bona fide comedy queen, banking considerable bucks and critical acclaim over her 20-plus years in the industry. From comedy to drama to film to television, McCarthy has proven herself adept at tackling anything that’s thrown at her. She’s a two-time Oscar nominee, as well as a wife, mother, producer, writer, and fashion designer.

When McCarthy first arrived on the scene, she could barely pay her bills, but things are looking bright for her now as one of the highest-paid actresses in Hollywood.

As the Bridesmaids breakout admitted to Glamour, when she first moved to New York to pursue comedy, money was tight. “I remember when you could still get a $5 bill out of an ATM and I couldn’t get it because [my balance] was under $5,” she recalled.

McCarthy remembers frequently turning to her family to make rent, noting, “They never made me feel guilty, because they knew I wasn’t lying around doing nothing.”

The Life of the Party star learned about the value of money from her parents, who encouraged her to pursue comedy in the first place, but when McCarthy first moved out, she fell victim to using credit cards she couldn’t pay off.

A job as a production coordinator gave her a steady income, with McCarthy revealing, “It was the first time I stopped calling my parents. It was an amazing feeling.” She’s not snooty about the work, explaining to Glamour, “It’s like this: You can stay in a local theater and work for the art of it, and that’s great. Or you can say, ‘I can make this my business.'”

McCarthy is also careful to make sure she has a say in the work she does, particularly with filmmaker and partner Ben Falcone, with whom she made Tammy, The Boss, and Life of the Party, always taking a co-writing credit alongside him.

She's one of the highest paid actresses in Hollywood

These days, McCarthy can definitely be choosy about which jobs she takes. Forbes put her as one of the highest-paid actresses in the world last year, alongside the likes of Scarlett Johansson and Wonder Woman star Gal Gadot. According to Celebrity Net Worth, the Tammy actress is worth an estimated $70 million. In 2015, she earned over $33 million from movies like Ghostbusters, and a further $30 million reportedly followed in the next few years.

It’s worth noting McCarthy was a member of the famous Groundlings comedy troupe, had a hit TV show with Mike & Molly, as well as stand-up shows, voice-over work, and a slew of movie roles, making her one of the most sought-after actresses in the world. 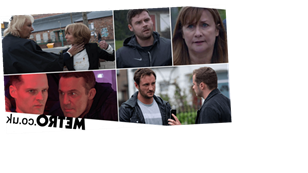