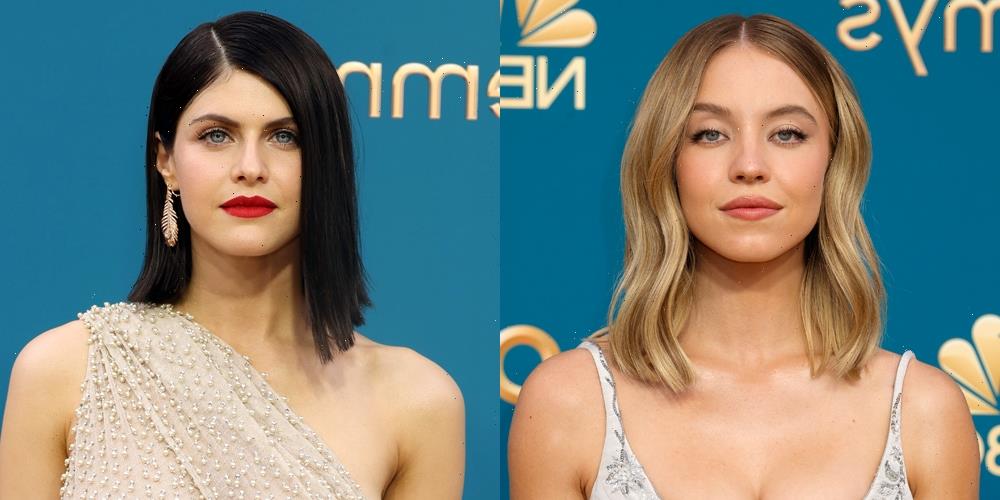 Sydney Sweeney wears a floral number as she arrives at the 2022 Emmy Awards held at Microsoft Theater on Monday (September 12) in Los Angeles.

The 25-year-old Euphoria and The White Lotus actress’ co-star Alexandra Daddario hit the carpet as well, alongside her husband Andrew Form.

Sydney and Alexandra are among the many first time nominees this year, both in the Outstanding Supporting Actress in a Limited or Anthology Series or Movie for their work on The White Lotus.

Sydney is also nominated for Outstanding Supporting Actress in a Drama Series for her work on Euphoria. The HBO series has a total of 16 awards, including two historic nominations for Zendaya.