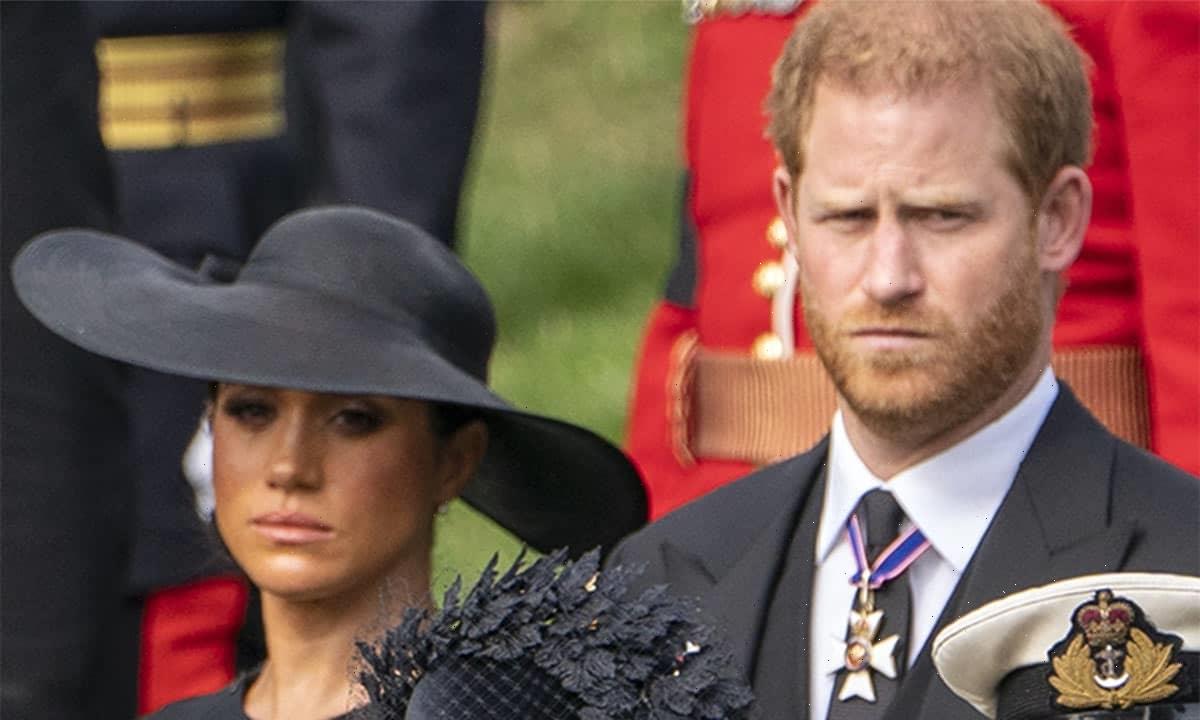 Meghan Markle and Prince Harry along with members of the royal family have been mourning the loss of Her Majesty the Queen concluding with her funeral on Monday.

MORE: The Queen’s funeral: The hugely poignant moment you might have missed

During the special service, there was a notable similarity between the special tributes surrounding the coffin of the late monarch to that of her husband’s funeral, Prince Philip, as members of the family presented beautiful wreaths alongside handwritten notes.

WATCH: The Queen’s Funeral – The most emotional moments

Whilst it hasn’t been revealed which of the wreaths that were displayed around belonged to the Duke and Duchess of Sussex, they would have no doubt chosen a beautiful one made of special flowers – just like they did for Prince Philip.

SEE: The most moving and emotional photos from Prince Philip’s funeral 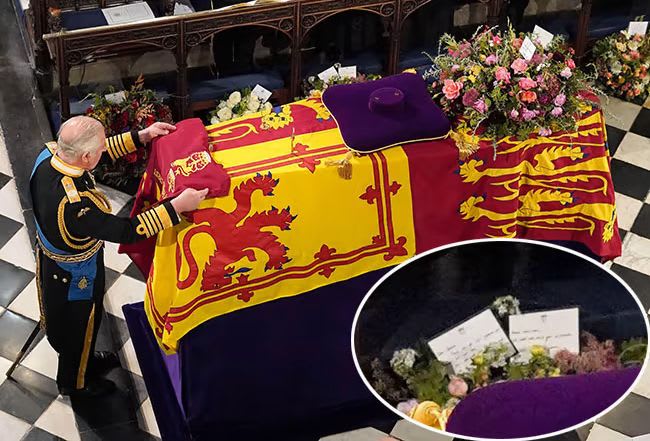 Meghan was unable to attend the Duke’s funeral service earlier last year as she was in the later stages of her pregnancy with Lilibet, but she made sure to pay a very personal tribute to the Queen‘s husband with the notecard on her funeral wreath that featured the Duchess’ beautiful calligraphy skills.

While the contents of the message has remained private, HELLO! revealed at the time that the wreath was made up of a variety of locally sourced flowers. 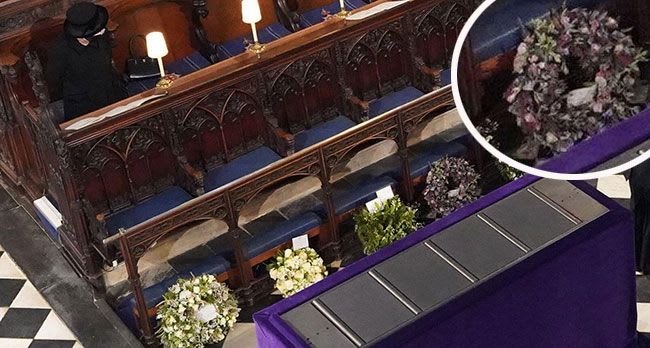 Prince Harry and Meghan specifically asked for the wreath to include acanthus mollis (bear’s breeches), the national flower of Greece to represent Prince Philip’s heritage, and eryngium (sea holly) to represent the Royal Marines. The wreath also featured campanula to represent gratitude and everlasting love, rosemary to signify remembrance, lavender for devotion, and roses in honour of June being Philip’s birth month.

Harry and Meghan commissioned one of their favourite florists to make and design the wreath – Willow Crossley, who also did the flower arrangements for the couple’s evening wedding reception in Frogmore Gardens in 2018, their son Archie’s christening in 2019, and the launch event for the Hubb Community cookbook at Kensington Palace. The couple’s colourful wreath was laid at the service

The colourful wreath certainly stood out among the others laid, which consisted of several stunning white arrangements. White is a traditional colour used for flowers at funerals; the Queen’s own bouquet, which was laid on her husband’s coffin, included white lilies, small white roses, white freesia, white waxflower, white sweet peas and jasmine.

A great deal of thought went into the Queen’s poignant selection, with each holding a special significance in tribute to her husband Prince Philip and their 73-year marriage. The service took place at St George’s Chapel in Windsor

White lilies are often seen at weddings and funerals since they represent rebirth, while the white rose is a sign of respect or remembrance. Jasmine, meanwhile, is symbolic of purity, and sweet peas represent a departure or thank you. The white waxflowers symbolise a lasting love or a love that endures time and trials.

The Prince and Princess of Wales’ special final message to the Queen could be seen adorned with their personal monograms on both of the wreaths and were made up of some of Her Majesty’s favourite flowers, and they were nestled close to where the Imperial Crown lay before it was removed from the coffin.