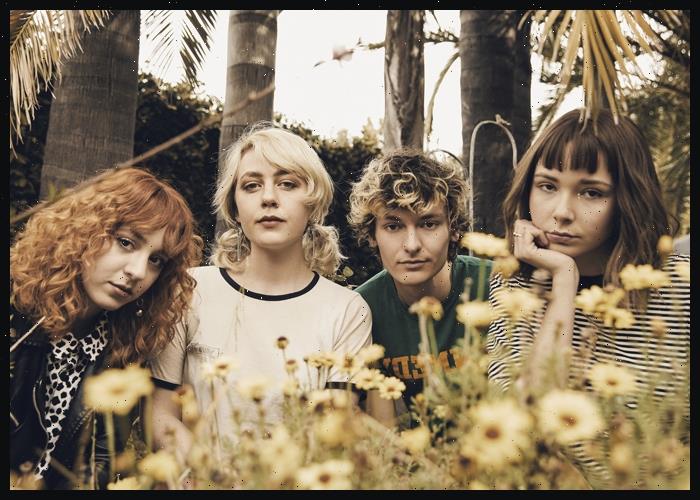 The Regrettes have shared a new single and music video, “Anxieties (Out Of Time),” a track from their upcoming third studio album, Further Joy, due to arrive on April 8 via Warner Records.

“This was one I wrote at the beginning of the pandemic, and it encapsulates that impending doom, when it felt like everything in front of me was terrifying,” vocalist Lydia Night explains about “Anxieties (Out Of Time).”

“This was before I was even diagnosed with an anxiety disorder. I think a lot of people experienced similar feelings at the beginning of the world shutting down,” she added. “The chorus is a reflection of that, we wanted it to sound like an anxious, panic attack pace like you’re running out of time and it feels like that to me.”

“‘Anxieties’ was a very personal and vulnerable piece for the Regrettes. I reflected on balancing the subject matter and the unique way I like to direct. The band shared some personal feelings that translated into the concept and I think we managed to walk the line in a way that exposes some of their inner feelings,” director Raúl Gonzo says.

“Regarding direction, I liked the mash up of warm colors against green colors which remind me of Hitchcock’s film Vertigo. I also thought the more angular things were, the more confrontational it felt. The chorus room itself comes to a point. I don’t normally like a fisheye lens, but it was very suitable here. R egardless of the theme, the Regrettes are such talented and endearing people that the track and video make me smile the entire time,” he adds.

The band previously released “Monday,” “You’re So F*cking Pretty” and “That’s What Makes Me Love You” from the upcoming album.