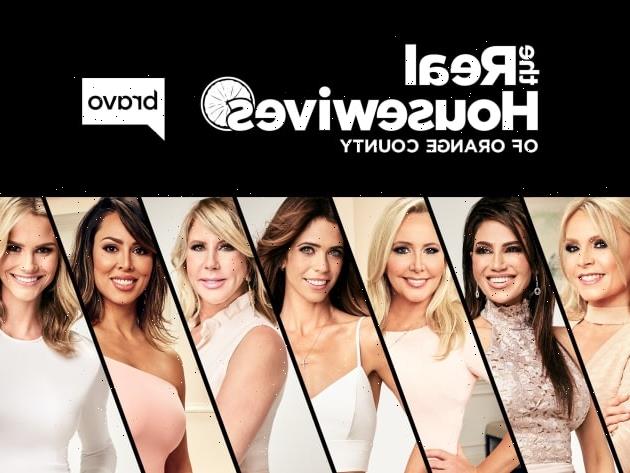 The Real Housewives of Orange County just blew up its veteran cast.

Following weeks of rumors, speculation and even online petitions calling for a shake-up, Bravo has confirmed THREE of its Season 15 leads will not be back for Season 15.

According to a cable network spokesperson, speaking on the condition of anonymity, executives have chosen NOT to renew the contracts of this trio of women.

Windham-Burke has been a lead for the past two seasons… Vargas first joined the franchise for this past season… and then there’s Dodd.

She’s been a central part of The Real Housewives of Orange County since Season 11, although her status going forward has been a major question marks for months now.

Heck, before Season 15 even premiered in October, a number of viewers said they were gonna boycott the show due to a number of comment Dodd had made over the course of 2020.

Especially when it came to the COVID-19 pandemic.

At one point, Dodd compared coronavirus deaths to those caused by other illnesses, such as the swine flu, despite all kinds of evidence to the contrary.

She also said on Instagram that the disease may be “God’s way of thinning the herd” (for which she later apologized, calling it “the stupidest thing I’ve ever said”).

The anti-Dodd movement gathered momentum in early October when fans called for her to be fired and she responded to the critics by posting a selfie that mocked the Black Lives Matter movement.

The polarizing reality star donned a hat at the time with the slogan “Drunk Wives Matter.”

At the subsequent reunion in January, Dodd shouted, “I’m Black!” during a heated discussion about race relations in America.

Amid chatter that she wouldn’t be asked back on the show, Dodd lied claimed last month that she didn’t even care.

As for who WILL appear on The Real Housewives of Orange County Season 16, which starts production in July?

Shannon Storms Beador, Gina Kirschenheiter, and Emily Simpson have booked their returns, while Varity also reports that Heather Dubrow is coming back.

Dubrow, an actress with four children, was on the show from Season 7 through 11.

She got into a heated exchange with Dodd on the very last episode she filmed many years ago, refusing to keep working with Kelly after she loudly attacked various cast members.

It’s safe to assume, meanwhile, that one or two new cast members will be hired in the near future.

“I’m incredibly sad to not be able to come back to The Real Housewives of Orange County next year,” Windham-Burke told People Magazine on Tuesday.

“I loved every moment of being a Housewife, and am so proud of my time on the show – the good, the bad, and the in-between. It feels revolutionary to say, but I was able to get sober and stay sober on reality TV.

“That something for which I will forever be grateful. And I came out, becoming the first gay Housewife in the franchise’s history.

“What an incredible honor to look back upon, especially during Pride Month.”

“I know I may have been too much for some, and that’s okay. I am real, and I am happy being me.

“I’m so grateful to those who have stood by me.

“There is a lot more to my life, and I hope you’ll stick with me on this journey as I move forward in my next chapter.”

We’re guessing most responded to this franchise news will focus on Dodd, however.

After Season 15 wrapped up, Dodd said she would no longer shoot with Windham-Burke, who became sober and also came out as a lesbian last year, neither of which Dodd seemed to be in favor of.

Elsewhere, Kelly shared an Instagram story from an Orange County restaurant in which she and some friends toasted to “superspreaders,” and one of her friends could be heard saying “spread that shit.”

After that incident, Positive Beverage, a vitamin water, cut ties with Dodd, saying she “is no longer congruent with our core values.”

“There’s a clear hope from the fans that there’s some kind of shakeup. And I think we’re analyzing everything. I think we just wanted to be really deliberate too.”

“I think you mean reBOOT.”