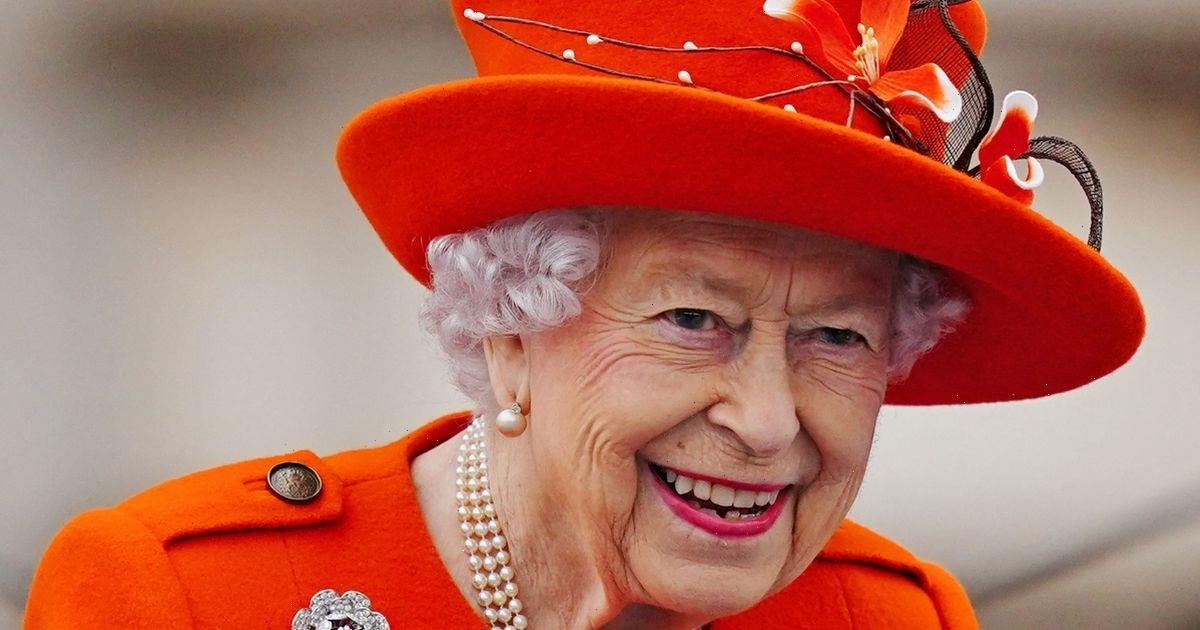 The Queen has stepped out today for her first major engagement at Buckingham Palace since the pandemic began back in March 2020.

Her Royal Highness launched the Commonwealth Games baton relay at Buckingham Palace ahead of the main event in Birmingham 2022.

The 95 year old monarch looked an absolute vision as she opted for a orange dress coat, paired with a matching hat featuring floral detailing, completing her stunning look with her signature black handbag, heeled black loafers and a string of pearls.

Her Majesty was accompanied by the youngest of her four children – Prince Edward, Earl of Wessex, who beamed lovingly next to his mother. From today the relay of 7,500 bearers will take the baton on a 90,000-mile journey to all 72 nations and territories of the Commonwealth over the next 294 days.

The Queen's message will be automatically sealed in the 'smart' baton, enhanced with cutting-edge technology, and will be read at the opening ceremony of the Games in Birmingham on July 28 2022.

The Queen is patron of the Commonwealth Games Federation and was joined during the ceremony by her son, the institution's vice patron, the Earl of Wessex.

Underneath her Majesty's chic and sophisticated coat, she wore a dark blue floral print dress, perfect for the current autumnal climate.

Finishing her bright look off with black gloves, the Queen brightens even the dullest of days in this fun get-up.

The Queen Swore the Canadian Maple Leaf Royal Brooch, which was initially gifted from her King George VI to his wife, Queen Elizabeth, for their state visit of Canada in 1939.

The Queen has certainly been busy this week, who just yesterday stepped out to meet members of the Royal Regiment of Canadian Artillery in her first appearance at Windsor Castle following her return from Balmoral after the Summer.

Her Royal Highness spoke publicly for the first time last week since her Husband, Prince Philips, death earlier this year.

On Saturday she she reminisced over the 'many happy memories' with the Duke of Edinburgh in 'this wonderful country' during her speech in Holyrood's debating chamber.