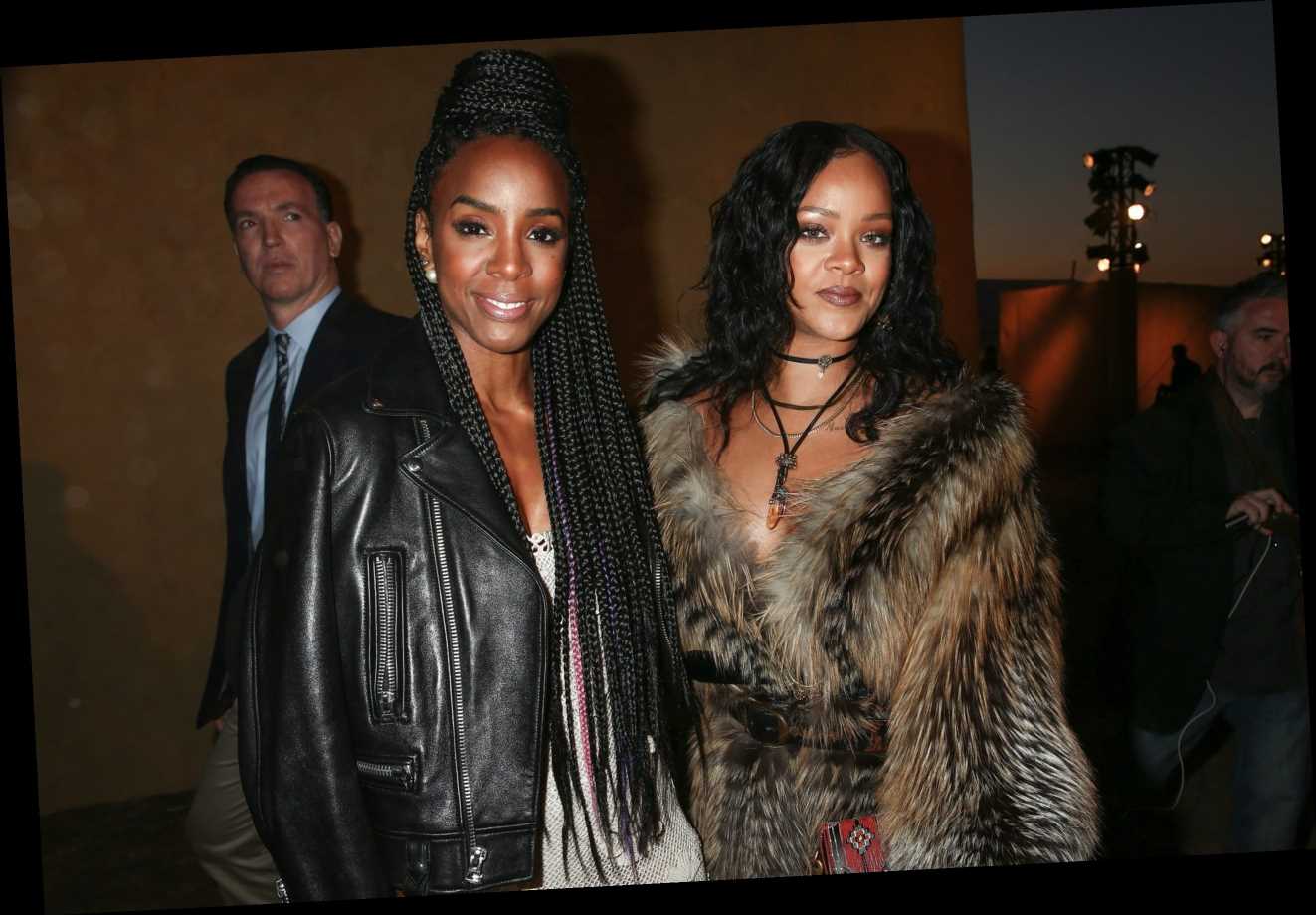 Kelly Rowland‘s illustrious career is often eclipsed by the mega-success of her former Destiny’s Child bandmate, Beyoncé. But Rowland is an amazing artist in her own right and has made some beautiful additions to the R&B catalog. Now that she’s a mom, Rowland is sharing her parenting tips with fans. One of them involves a product from her friend Rihanna’s FENTY Beauty line.

There is no feud between Rihanna and Beyoncé, according to Kelly Rowland 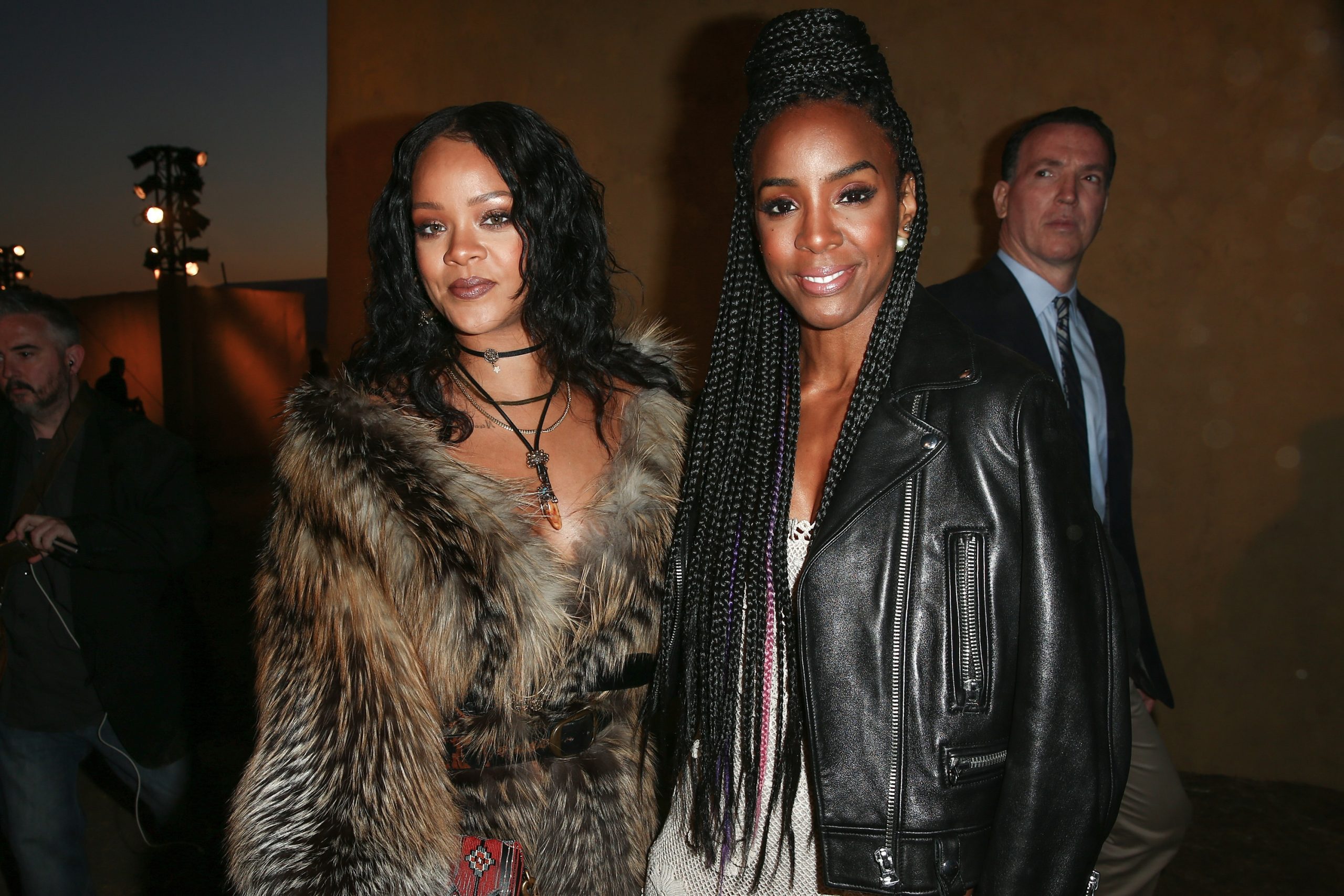 Rowland is friends with both Rihanna and Beyoncé, and that’s never been a problem for her. Despite tabloid gossip that Bey and RiRi hate each other, Rowland assured the New York Daily News that it’s all false. Rowland and Beyoncé are still best of friends, and Rowland can say with complete certainty that there is no feud.

According to some media sources, Beyoncé resents Rihanna for her close relationship with Queen B’s husband, Jay-Z. They also say that Rihanna was mad when Beyoncé dropped an album soon after Rihanna. But Rowland claims that there’s nothing but support between the two. According to Rowland, “They are two women who support each other. The rest of the world starts the rivalry. They are very secure women.”

Rowland probably wouldn’t be using Rihanna’s beauty products if there were a feud between Beyoncé and Rihanna. After all, Beyoncé is still her best friend. They may have moved on to solo careers, but they have been besties since before fame. The fact that Rowland admits to using Rihanna’s products is a sure sign that there is no bad blood between Beyoncé and the younger artist.

Rowland doesn’t just use the products for their intended purpose. The former Destiny’s Child singer told Ashley Graham on her podcast Pretty Big Deal that she used one of Rihanna’s FENTY beauty products as fairy dust, to add some credibility to a note the tooth fairy left for her son. According to Rowland, she used the FENTY bronzer to make a trail of dust leading to her son’s bed, then rubbed the dust all over the note.

“I wake up and literally — sorry, Rihanna — I used the Fenty Golden Bronzer and trickled it from the window throughout his bedroom, and you see this little fairy dust everywhere. And I’m using a little brush to make a trail. And I got it all over my darn sheets because that night he slept with us, and I was so mad. So I wrote a letter and put the fairy dust all over the letter. And he was like, ‘She came! She came!’ He showed me the trail and he thought it was the coolest thing.”

Rowland isn’t the most open celebrity. She was guarded about sharing details of her dating life before marrying her husband. Now that she has a son, however, Rowland isn’t afraid to share her mom wisdom with the world. She’s open with fans about how she’s raising her son to love his Black roots, and posts pictures of him on social media often.

But Rowland may have unintentionally misled fans about what product she used for fairy dust. The FENTY Golden Bronzer is a compact, pressed powder. Although Rowland did say she used a brush to make the trail, it’s hard to imagine getting enough product out to the point that it was everywhere in her bed that night. Rowland may have actually used a liquid like the Liquid Diamond Bomb Highlighter, or the aptly named Fairy Bomb Shimmer Powder.