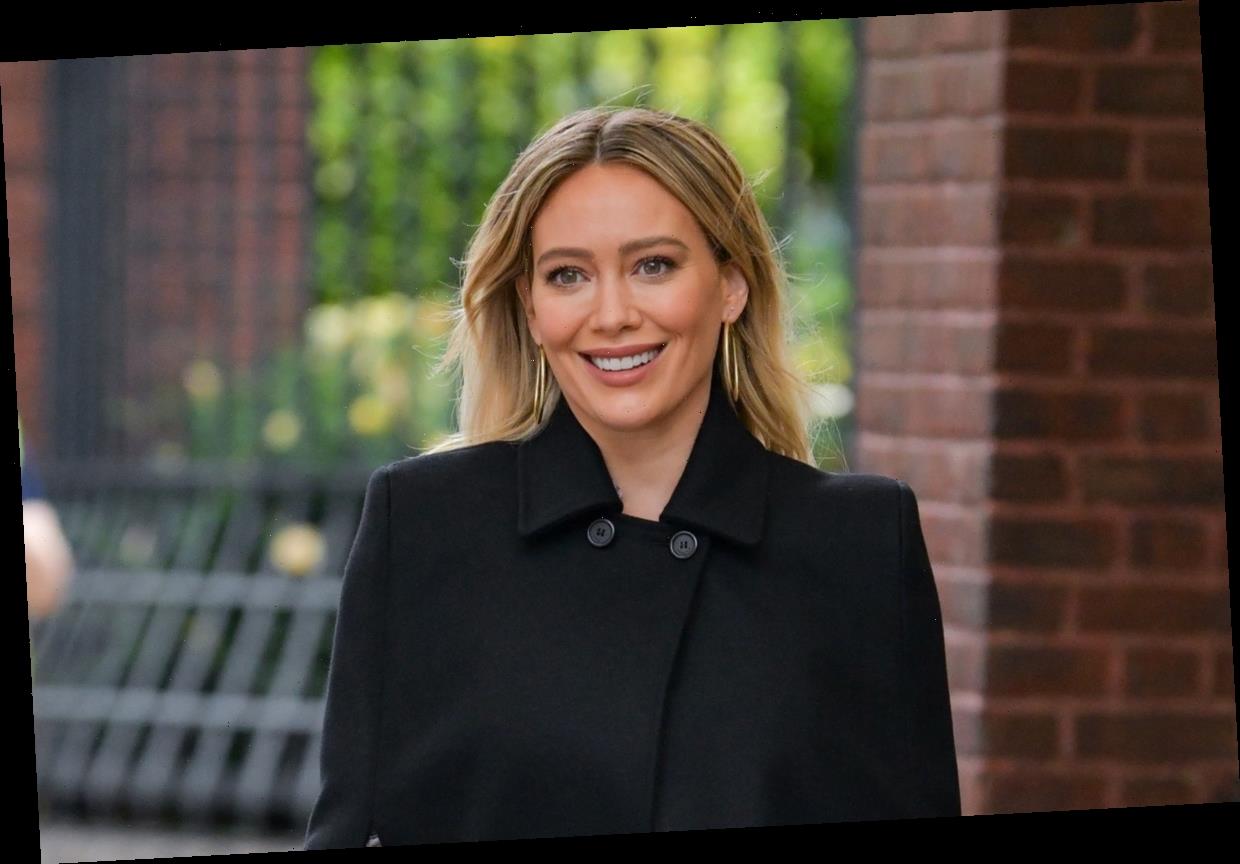 There’s another little Duff in the world! Hilary Duff welcomed her third child on March 24, and she finally shared a cute photo of her newborn daughter a few days later. Sharing an adorable family moment, the first photo of Hilary Duff’s daughter Mae is too sweet for words.

In Duff’s Instagram post on Saturday, March 27, she wrote a caption revealing her daughter’s full name. "Mae James Bair- We LOVE you beauty 3-24-21," she said. The picture is a gorgeous black and white photo of Duff in an inflatable pool, holding little Mae alongside her two older children, Banks and Luca. Her hubby, Matthew Koma, is resting his hand in her hair and wearing a baseball cap that reads "GIRL."

Duff also shared some sweet pics of her daughter on her Instagram Stories with the caption, "mae mae." One photo is a black and white capture of Mae being held, while the other is a simple photo of the baby’s tiny feet.

Mae is Duff’s second child with Koma. She gave birth to their daughter Banks in October 2018 and shares her son Luca, who is eight, with ex-husband Mike Comrie.

The first photo of Mae comes on the heels of a cute post of two-year-old Banks in the bathtub on Friday, March 26. "I’m a big sister ……. marinating on how I feel about that," Duff captioned the photo.

The Lizzie McGuire alum announced her third pregnancy to the public in October 2020, with a video of Koma rubbing her stomach. "We are growing!!! Mostly me …" she wrote.

She also revealed the timeline of her pregnancy in January 2021, when she posted a photo on Instagram and talked about being seven months pregnant, so fans began expecting her due date to be sometime in March.

Although Duff is over the slump now, she told People in December that her third pregnancy was a bit different from her other two. "This pregnancy feels easier because there was a lot of fear with bringing a new baby home when Luca was already six and a half," began Duff. "I’m more tired because of having a toddler but have less time to focus on the pregnancy because I’m busy with my kids and work."

She added, "It’s a nice distraction because I’m not googling everything and obsessing over everything that’s happening with the pregnancy."

Duff also talked about the difficulties of being pregnant during the pandemic. "We had a gender reveal with Banks, and it was such a fun memory. Unfortunately, during these times [with COVID-19], we felt it wasn’t really appropriate. The way we are creating some excitement within the family is to wait to find out the sex on the baby’s birthday!" she said.

The star also hinted that her third baby might be her last. "I’m not one of those women who loves being pregnant by any means, but I appreciate what my body’s doing for me and our family," she began. "So any given day, it varies between me missing my body that I get to put really cute clothes on, or feeling at peace that this is probably the last time that I’m going to be pregnant and trying to enjoy how sweet this time can be," said Duff.

Whatever Duff plans for the future, it seems her family is basking in happiness after Mae’s birth, and it’s too cute.