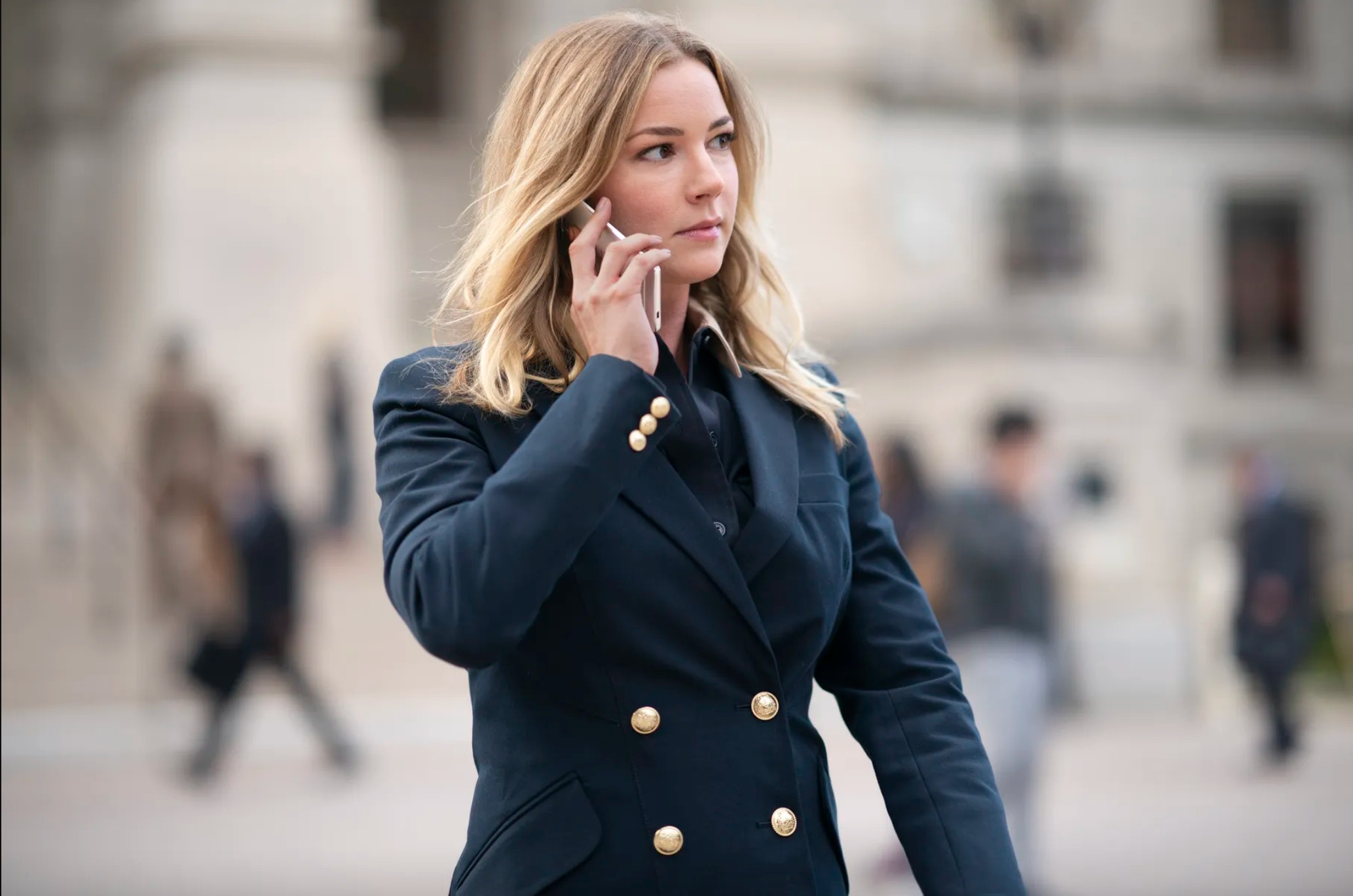 Warning: Spoilers for The Falcon and the Winter Soldier Season 1, Episode 6 follow. Throughout the series, Sam and Bucky raced to figure out the identity of the Power Broker, the mysterious figure who had been supplying Flag Smashers leader Karli Morgenthau with Super-Soldier Serum. In the finale, it was revealed that person was actually Captain America’s former ally, Sharon Carter. After she was abandoned by her former S.H.I.E.L.D. colleagues and forced to go on the run for helping Steve protect Bucky in Captain America: Civil War, Sharon became resentful and sought revenge.

By the end of the episode, Sam and Bucky were still unaware of Sharon’s secret identity, and after taking up the mantle of Captain America, Sam fulfilled his promise of awarding her a full pardon from the government. She received this pardon in the finale’s post-credits scene, during which a U.S. senator told Sharon, "Today we begin to set things up. We begin to pay the debt that’s been owed to you."

At the end of the scene, viewers found out Sharon accepted a new U.S. intelligence job (maybe in S.W.O.R.D. alongside WandaVision‘s Monica Rambeau?). But it looks like the former Agent 13 doesn’t plan to use her new position for good, according to a mysterious phone call she made during the scene. "Start lining up our buyers," she said. "Super Soldiers might be off the menu, but we’re about to have full access to government secrets, prototype weapons, you name it." Yikes!

With a cliffhanger like that, it seems like fans will certainly see Sharon return as a full-blown, very complicated villain in a future Marvel project. Could that future project be The Falcon and the Winter Soldier Season 2? Marvel execs have offered mixed responses. IndieWire reported that Falcon would be submitted to the Emmys as a drama series (aka an ongoing show) rather than a limited series (aka a one-and-done thing), which gives them the option to announce a second season if they choose.

But at a press conference in March, Marvel Studios president Kevin Feige seemed to have mixed feelings about a potential Season 2. "We really did approach [the show] like we do the movies: We better make this great, because we won’t be able to do another one," he said. However, Feige also suggested storylines established in Marvel’s Disney+ shows could either lead to traditional Marvel films or second seasons.

Since Sam just became Captain America in the season finale, a movie following his adventures as the iconic figure hasn’t been announced yet. Marvel’s film slate for the next few years is jam-packed, but since The Falcon and the Winter Soldier‘s main characters were set up as integral parts of Phase 4, watching them face off in some kind of sequel seems like too good of an opportunity to pass up.

The Falcon finale intentionally left other threads dangling too. For example, John Walker reconnected with the mysterious Val (who assembles an Avengers-esque crew of villains in the comics) and was given the new title of "U.S. Agent," so he’s also bound to pose a major threat to the Avengers moving forward.

Whether Sam, Bucky, Sharon, and John return in a new season of television, a movie, or some combination of the two, it’s clear that when it comes to the MCU, these Falcon and the Winter Soldier characters are just getting started.