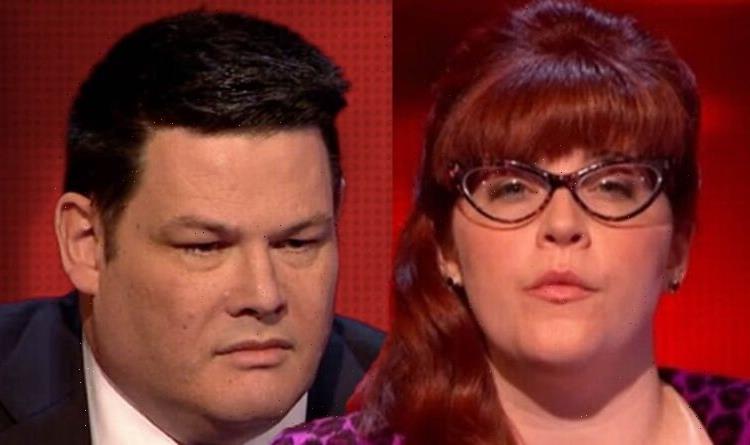 Jenny Ryan, 39, has been on The Chase in 2015 and is most known as The Vixen. The chaser has taken to Twitter to express how “proud” she is of friend Brandon Blackwell on his latest career move after he’s been named as one of co-worker Mark Labbett’s replacements on the US version of the show.

Extremely proud of my friend!

Brandon took to Twitter yesterday to break the news of his role on The Chase USA.

He penned: “Back in the USA, new and improved. Still not here to make friends.

“It’s now public; I have joined @thechaseabc as a chaser – and I’m not alone. Fun is over when the new season begins May 3.”

Jenny took to Twitter in view of her 107,500 followers to respond to the news.

She said: “Extremely proud of my friend Brandon! Get ready, USA!…”

One social media user took to the comments to point out Jenny’s congratulatory message directed at her co-worker Mark’s replacement.

TeaBooksGin said: “No more Beastie? I’m in the US and what I don’t like about the American version is the lack of humour.

“None of you take yourselves too terribly seriously and Brad’s little interjections make the show so fun.

“I wish they had selected a comedian to host rather than a journalist.”

This comes as Mark took to Twitter yesterday to break his silence after it was announced that he had been axed from the US version of The Chase.

The quizzer posted a promotional photo of the new series of the popular programme.

Reacting to the post, Mark admitted he was “gutted” to not be returning for another season.

He replied: “Gutted to not be invited back but really excited at the new lineup. Am expecting Brandon and Victoria to wow America.”

In a follow-up tweet, Mark wrote: “Really hope somebody gives @BrookeBurns the shot she deserves at a network show.”

Milliejoe001 asked: “Was it because of contract reasons from The Chase Australia?”

Mark replied: “No they just didn’t renew me. No reason was offered.”

Following his announcement, fans flocked to comment on the news.

Michelle_Olin said: “You were the best one – the only one that could really trash talk.”

Paula_363 added: “Mark I’m gutted as well, as are the majority of The Chase fans.

“To me you are, and always will be The Chase and The Beast! To top that off, a well respected Gentleman!”