Meeting your new boyfriend’s family for the first time is hard, and when your new boyfriend happens to be royalty, it’s even harder. The Crown‘s fourth season imagines what it was like for Princess Diana (played by Emma Corrin) to meet and impress the royal family after striking up a romance with Prince Charles (Josh O’Connor). It wasn’t just your regular “getting to know you” dinner; it involved a full stay at the royals’ Scottish residence, Balmoral Castle, with the full clan in tow.

This initiation is dubbed “the Balmoral test” in both the Netflix show and real life. And it isn’t just for royal partners—distinguished guests, like prime ministers, are subject to it too. Here’s what to know.

Balmoral Castle, situated in Royal Deeside in Aberdeenshire, Scotland, has been in the royal family for over a century. Queen Victoria and Prince Albert purchased it in 1852. There was an original castle on the grounds built in the 15th century, but the royal couple had a new one built about a hundred yards north, designed by architect William Smith. Construction was completed in 1856.

As you can see in The Crown, the estate is located on lush, grassy expanse which the royals and guests traverse for hunting and other outdoor activities. In real life, Prince Philip has an active role in managing the grounds and its natural highlights, like the gardens and greenery.

Nowadays, Balmoral is known as Queen Elizabeth II’s summer home. She and Prince Philip retreat to the castle every year and are often joined by other royal family members, such as Prince William, Kate Middleton, and their kids. 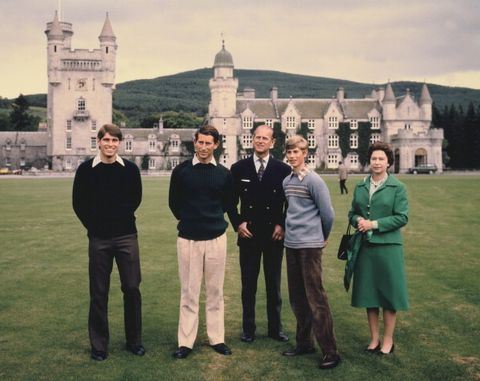 So, what happens in the Balmoral test?

“They call it the queen’s Balmoral Test but I would call it more of a royal initiation,” BAZAAR.com‘s Royal Editor at Large Omid Scobie says.

“Out of those privileged enough to have been invited to Balmoral Castle during the summer, not everyone has passed. Diana famously flew through it, thanks to her aristocratic background and upbringing, but the likes of Cherie Blair [the wife of former British Prime Minister Tony Blair] and our current Prime Minister, Boris Johnson, have not.

“If you’ve scored an invite, prepare to brush up on your royal protocol, have a wealth of talking points at the ready, an outfit for EVERY occasion (from hunting to black tie) and, most importantly, be on your best behavior at all times. Social etiquette is a must! If you don’t like the food, eat it anyway. If you don’t like trampling through the Highlands in the wind and rain, tough! Unlike a visit to Buckingham Palace or Windsor Castle, this is the queen’s private residence and a front row seat within her inner sanctum. You are entering her space and whatever she does goes.

“I’ve heard of guests being so keen to impress during their Balmoral stay, and so worried about being judged for putting a foot wrong, they will go as far as packing brand new pajamas, underwear, and toiletries so that when a maid or valet unpacks their belongings away in their room, absolutely nothing can be judged and no negative word can get back to the queen.

“But despite all the talk of it being a ‘test’, the Queen is also at her most laid back during summers at Balmoral. Her Majesty will always goes out of her way to make every guest feel welcome and at home. You will be included in the family barbecues, part of every meal and, if you’re lucky enough, get to play with the queen’s dogs.” 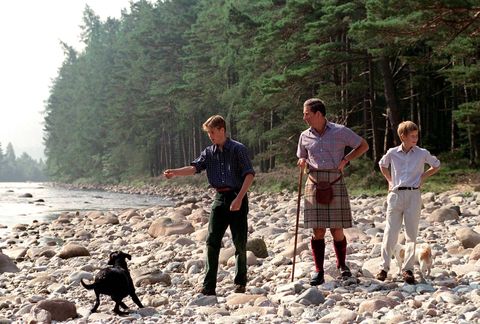 In The Crown‘s “Balmoral Test” episode, creator Peter Morgan showcases “two very different women [Princess Diana and Margaret Thatcher] being tested through this prism of the strange etiquette and rules, slightly unreadable, of this family,” actor Tobias Menzies, who stars as Prince Philip in the series, said. “Diana gets it and therefore passes with flying colors, [which] is a big part of why that relationship is championed by the family going forward. Whereas Thatcher is out of her depth and doesn’t understand the hidden, unspoken rules, and sets up the rest of the series about her kind of animosity to the privilege of this class.”

Thatcher’s onscreen experience at Balmoral seems to be partially based on truth. The prime minister apparently didn’t have proper shoes for an outing on the grounds, The Telegraph reports. She had to borrow wellies, like she did on the show, for a walk in the rain. According to one biographer, the Iron Lady described weekends at Balmoral as “purgatory.”

The Duchess of Cambridge reportedly visited Balmoral for the first time in 2009, two years before her royal wedding to Prince William. It was also rumored that the Duchess of Sussex was introduced to the queen by Prince Harry at Balmoral in 2017.

What has Princess Diana said about Balmoral?

Although Diana passed the Balmoral test with flying colors, she didn’t quite enjoy some of her later trips. She said there were “negative atmospheres” at the castle with the royal family, according to her interviews with biographer Andrew Morton for the book Diana: Her True Story – In her Own Words.

“This myth about me hating Balmoral—I love Scotland, but just the atmosphere drains me to nothing,” she’d said. “I go up ‘strong Diana.’ I come away depleted of everything, because they just suck me dry, because I tune in to all their moods and, boy, are there some undercurrents there! Instead of having a holiday, it’s the most stressful time of the year. It’s very close quarters.”

She added, “I panic a lot when I go up to Balmoral. It’s my worst time, and I think: ‘How the hell am I going to get out of this?’

“The first couple of days, I’m frightfully chirpy when I get up there and everything’s wonderful. By the third day, they’re sapping me again. There are so many negative atmospheres. That house sucks one dry.”

Prince Charles’s love for Balmoral goes way back, though. The prince once said when leaving for his second year at Cambridge in 1968, “I cannot tell you how much I miss Balmoral and the hills and the air—I feel very empty and incomplete without it all.” 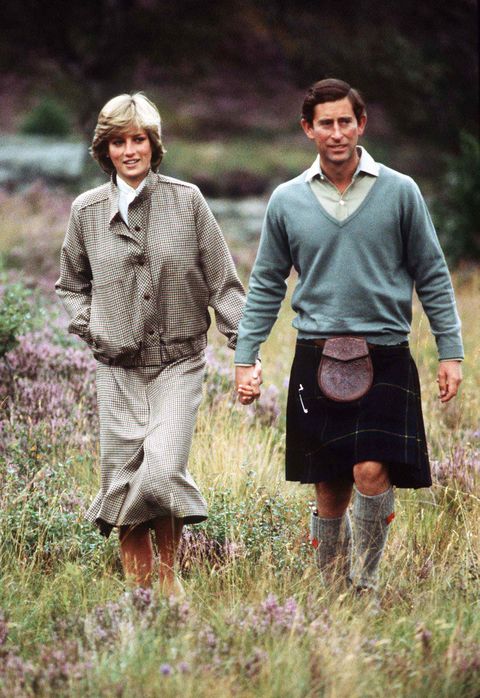 Can you visit Balmoral?

Yes, Balmoral is open to the public between April and July every year. Guided tours are still available, but during the coronavirus pandemic, groups are limited to a maximum of six people and must be maintain distance by two meters (about six feet). Learn more about visiting here.