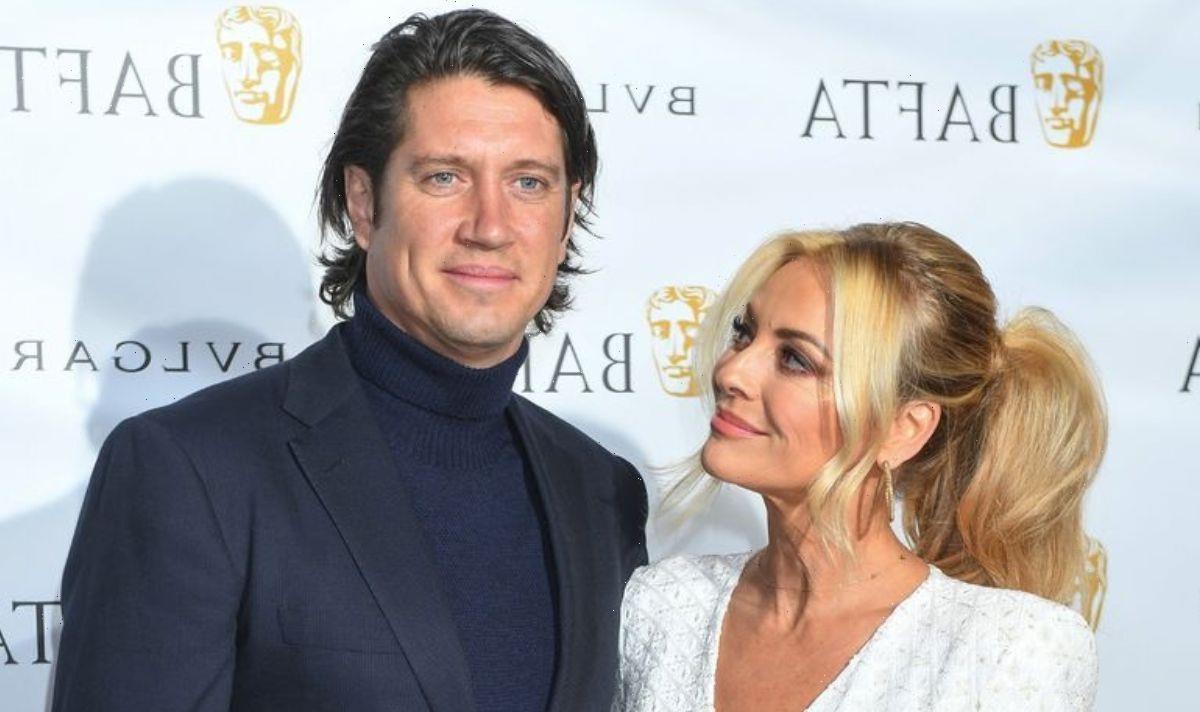 Vernon Kay, husband to glamorous Strictly Come Dancing host Tess Daly, might seem to have it all – a glittering showbiz lifestyle, a beautiful wife, two children and a lucrative presenting career – but he’s still searching for that elusive feeling of contentment. In a recent podcast interview, the 48-year-old admitted his frustration as there are still bucket list goals that he hasn’t achieved.

Asked on The Mid Point With Gabby Logan when he realised he had reached contentment, he candidly clarified: “I don’t think I am [there] yet!”

In spite of enjoying a great family life with Tess, 53, and their daughters Phoebe and Amber, Vernon adamantly declared: “I don’t think I am content! I think I would know when I get there.”

He explained that his father, who’d spent 58 years working as a long distance lorry driver, had already found contentment and happiness in his life, but that his own restless spirit wouldn’t allow him to settle quite as quickly.

As part of the podcast, he took readers back in time to the moment he first attempted to set goals for himself.

READ NOW: Steph McGovern admits she ‘starved’ herself while on BBC Breakfast

At school, Vernon had little interest in academic subjects, feeling in his heart that he’d never use the information he was learning in his career.

In the years that followed, he moved to London and landed a job as a woodcutter in a DIY shop, cutting fence panels for his cousin – but he wasn’t enjoying life at all.

“[I was] thinking, ‘This is going absolutely nowhere, I’m supposed to be in this glamorous glitzy fashion world doing modelling and I wasn’t,” he explained.

“I was just racking up debt. It was really monotonous, just going out drinking all the time in the West End, Thursday to Sunday.”

He also shared a cramped flat with two other men in Peckham Rye, and longed for a better standard of living.

“I always thought I was the fifth or sixth member of Oasis – long, shaggy hair and top to toe in Jigsaw clothing,” he joked of that period of life.

Then a chance visit to the Clothes Show to do some last minute Christmas shopping resulted in an encounter with a modelling scout, who exclaimed he had just the up-to-the-moment look his company had been searching for.

“We were just giggling our way through the day – and then [when I got scouted], that was my sliding door moment [when] everything changed,” he continued.

His goals were also made clearer when he read an inspiring article by Ashton Kutcher in GQ magazine, listing the ten things he most wanted to do before reaching age 40.

He vowed to write his own and then fulfil everything on that list.

However, he has now admitted: “My contentment won’t be locked in because I’ve got two left!”

Vernon refused to spill the two secret goals that he turned 40 without getting the opportunity to fulfil – but he says that the pursuit of contentment is an ongoing goal.

He added that the best way of reaching it is “when that pressure is released off your shoulders to go searching for success”.

However, it’s clear that he has an enjoyable relationship with Tess, who once described their first ever meeting as “explosive”.

Sparks flew and the pair tied the knot in 2003, before welcoming eldest daughter Phoebe a year later, followed by her sister Phoebe in 2009.

Though Tess and Vernon once endured a sexting scandal, their relationship stayed strong and now, 21 years since their church wedding in his home town of Horwich, they are still happily married.