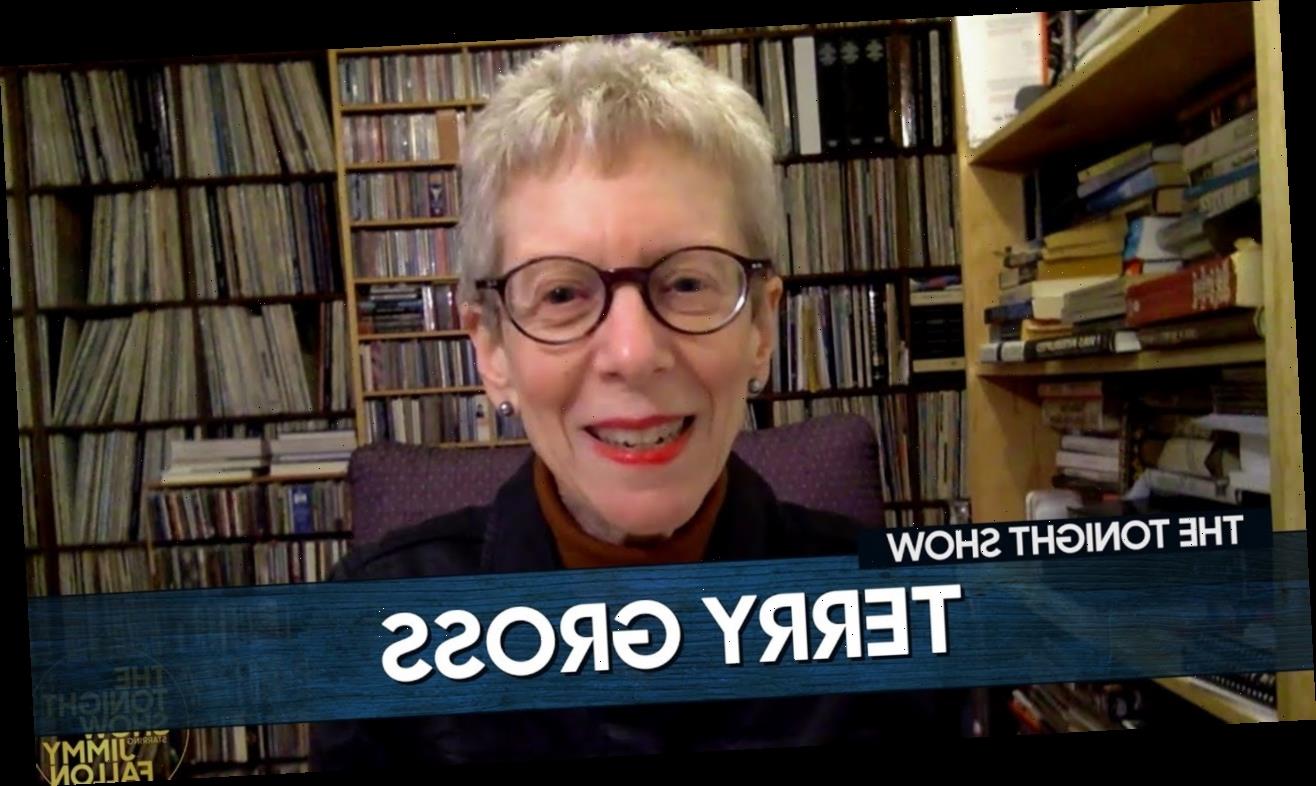 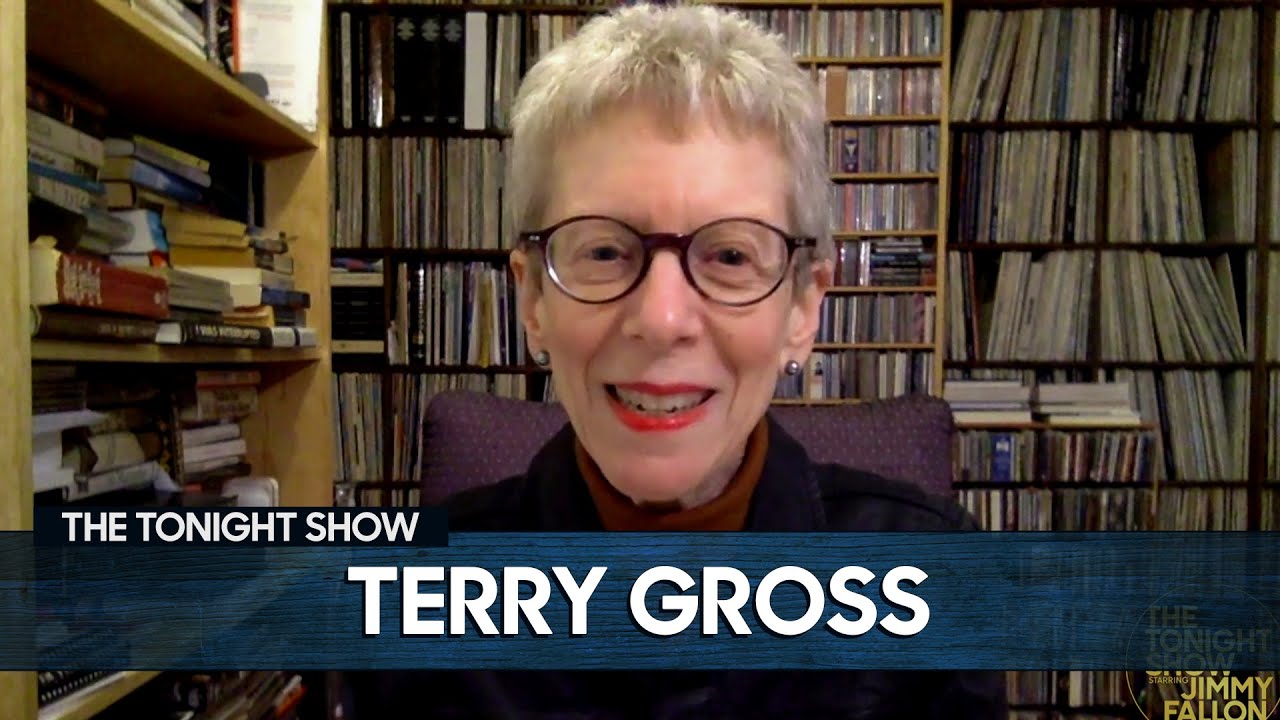 NPR’s Terry Gross was on The Tonight Show last week. It’s so weird seeing her talk because I’ve listened to her interviews on NPR for decades. I knew what she looked like but it’s different to see video of a person when you’re so accustomed to just hearing their voice. Terry was Zooming in from a room that looked jammed with records, books and CDs. They weren’t just behind her they were to the side and the ceiling. Terry told Jimmy that was their dining room and living room and that she moves the computer off the table so she can eat there. Terry, 69, has been married to Francis Davis, a writer and jazz critic for The Village Voice, since 1994. They live in Philadelphia.

This interview was really cool in that I learned that Terry isn’t face to face with her interview subjects! They just go to a booth where they listen to her on headphones. Plus she got a little vulnerable and I found that endearing.

Where she’s zooming from
I’m at home in what is both our living room and our dining room. There’s a table here. We eat at it, it is also my desk. When we eat I shove the computer and everything aside. Put the plates down, we’re done. The computer comes right back.

On how many records she has
I have no idea, probably thousands. Every wall in our home has records, books or CDs. Then we have a storage unit that’s a large room offsite that has a lot more.

How she keeps her cat away from the records
We have a cat named Rowdy. He thinks that the bottom row of albums is his scratchpad. We didn’t declaw him because it’s cruel to the cat. He just [scratches] all over the spines of the albums and it was killing them. Cats don’t like tinfoil so I have tinfoil drapes over the records. When people come to visit, which they rarely do. I have to explain that we’re not crazy. We don’t have the tinfoil to protect us from crazy microwaves that are deadly.

On how she’s doing working from home now
I always have had this division between my personal self and my professional self. My professional self feels competent. In my private self I feel just more incompetent and more insecure and small. Suddenly the home self and the Fresh Air professional self were together in the same room speaking to really important guests. That’s been really interesting to me.

I like having things around as long as there’s not a lot of clutter around me. I’m a medium-level collector in that I’ll keep things for a while but don’t have a problem getting rid of them. We’ve talked about saving books before, and I have to admit I don’t save most of them! I’m not a huge reader unfortunately, and I like music but everything is online now. Record and book collections can be very valuable, but it would be uncomfortable to me to have even a full room of books and records like this, not to mention an entire house. Terry is cool with it and it came across as kind of cute and eccentric. She and her husband obviously love books and music.

As for Terry I came away from this interview feeling like I knew her. She reminds me of some of my mom’s sweet friends, the kind liberal ladies in her book club. Oh and she made me feel better about myself because she said no matter how hard she tries she can’t stop saying filler words like “um” or “so.” I just edit most of that out of our podcast!

I love these photos of Terry with Obama! She got the 2015 National Humanities Medal.
Embed from Getty Images