Taylor Swift is showing her support for the LGBTQ+ community.

On June 1 — the first day of Pride Month — the Grammy-winner penned an open letter addressed to Senator Lamar Alexander (R-Tenn.) urging him to vote for the Equality Act which protects LGBTQ+ people from discrimination.

“For American citizens to be denied jobs or housing based on who they love or how they identify, in my opinion, is un-American and cruel,” the 29-year-old wrote.

She shared the letter on her social media accounts and captioned the image: “In excellent recent news, the House has passed the Equality Act, which would protect LGBTQ people from discrimination in their places of work, homes, schools, and other public accommodations."

"The next step is that the bill will go before the Senate. I’ve decided to kick off Pride Month by writing a letter to one of my senators to explain how strongly I feel that the Equality Act should be passed. I urge you to write to your senators too," she added.

In her letter, Swift stated that she rejects "the President’s stance that his administration ‘supports equal treatment of all’ but that the Equality Act ‘in its current form is filled with poison pills that threaten to undermine parental and conscience rights.’"

“One cannot take the position that one supports a community while condemning it in the next breath as going against ‘conscience’ or ‘parental rights.’ That statement implies that there is something wrong with being anything other than heterosexual and cisgender, which is an incredibly harmful message to send to a nation full of healthy and loving families with same-sex, non-binary or transgender parents, sons or daughters," she added. 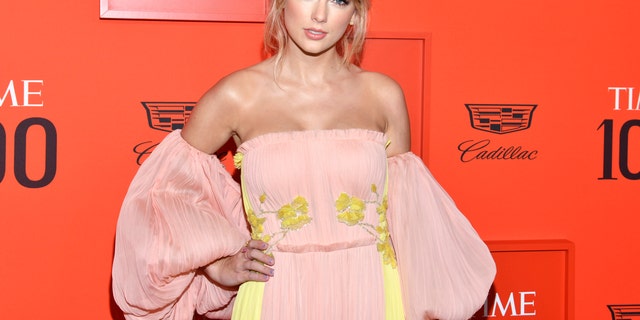 Taylor Swift attends the Time 100 Gala, celebrating the 100 most influential people in the world in New York.
(Photo by Charles Sykes/Invision/AP)

The singer-songwriter has recently become very vocal politically. In 2018, she endorsed Democratic candidate Phil Bredesen during his run for but he ultimately lost to Republican Marsha Blackburn.

In April of this year, Swift donated $113,000 to a Tennessee LGBTQ advocacy group.