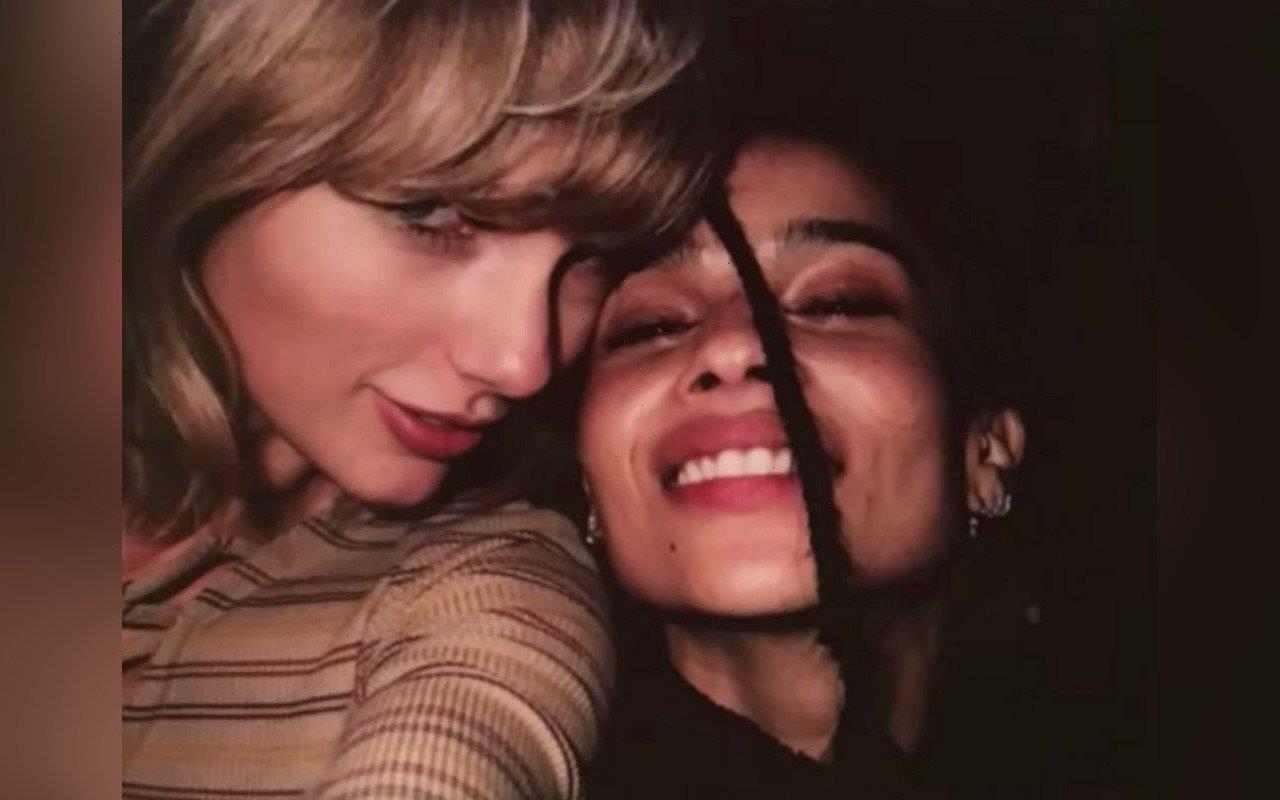 The ‘Midnights’ singer is credited by the ‘Big Little Lies’ actress with helping her through Covid-19 lockdowns while she was filming ‘The Batman’ far away from home.

AceShowbiz –Zoe Kravitz is grateful to Taylor Swift for helping her through the COVID-19 lockdowns. Finding herself a long way from home during the pandemic as she had been shooting “The Batman” in London, the actress was thankful she had a friend nearby as Taylor was in town with her boyfriend Joe Alwyn and Zoe says being able to spend time with the singer was a huge comfort.

“She was my pod [bubble]. She was a very important part of being in London, just having a friend that I could see and that would make me home-cooked meals and dinner on my birthday,” she told GQ magazine.

Taylor was also full of praise for her pal in an email to GQ. “Zoe’s sense of self is what makes her such an exciting artist, and such an incredible friend,” Swift said. “She has this very honest inner compass, and the result is art and life without compromising who she is.”

It was previously revealed that Taylor also helped her friend take part in a photoshoot for New York Times Magazine during 2020 as she was able to assist because she was in a COVID-19 bubble – a linked support network – with Zoe.

New York Times Magazine editor-in-chief Jake Silverstein told WWD, “Zoe was being very strict about [social distancing guidelines] anyway because she’s shooting [The Batman], and Taylor Swift was in her pod and willing to assist.”

As well as spending time together during the pandemic, the two friends also worked together with Zoe co-writing the song “Lavender Haze” for Taylor’s new album “Midnights” as well as providing backing vocals. She also sang on another track for Taylor called “Glitch” which features on the extended edition of the record.