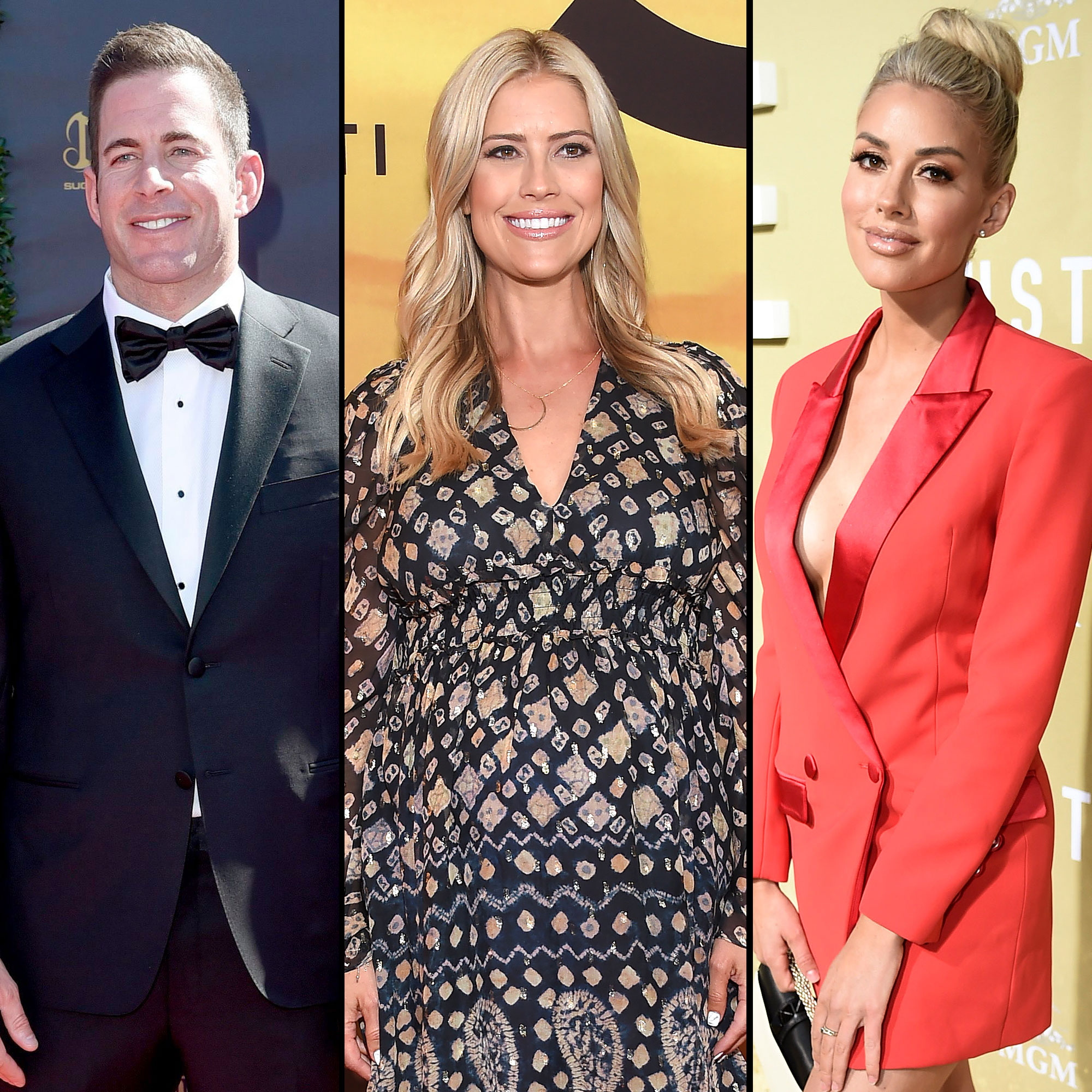 Tarek El Moussa’s girlfriend, Heather Rae Young, has finally met his ex-wife, Christina Anstead. But it didn’t happen in the most ideal situation.

In an interview on GMA3: Strahan, Sara and Keke on Tuesday, September 3, the Flip or Flop star, 38, revealed that he didn’t warn his ex, 36, before introducing her to his new girlfriend, 31.

“I was like, ‘Oh, I’m coming over to see the kids. By the way, my girlfriend is coming. See you in five!’” the HGTV personality recalled.

But Anstead wasn’t the only one in the dark for the meeting. El Moussa also confessed that he didn’t tell Young that she was about to meet the mother of his kids.

In the end, the meeting went well, with Anstead and Young connecting over their shared interest in health.

“They get along great,” El Moussa said. “They both eat that healthy, hippy food. That weird juice. They do that weird hiking stuff. You know that weird stuff.”

El Moussa and Anstead, who cohost HGTV’s Flip or Flop, split in December 2016 after seven years of marriage. They continue to host Flip or Flop, which is in its eighth season. The couple share two children: daughter Taylor, 8, and son Brayden, 3. The Christina on the Coast star, for her part, has been married to TV presenter Ant Anstead since December 2018. They’re currently expecting their first child together.

Young and El Moussa confirmed their relationship in July when they were photographed kissing on a boat at the Portofino Hotel & Marina in Redondo Beach, California. The California native, who had only been dating the Selling Sunset star for a couple weeks before the pictures came out, told the GMA 3 hosts that his ex-wife didn’t even know he was in a relationship when the news broke.

“I was like, ‘OK. Well, the cat’s out of the bag. So should I tell my ex-wife? Do I not? Do I let TMZ tell her? Who do I let tell her?’” he told hosts Michael Strahan, Sara Haines and Keke Palmer. “So I guess the world just let everybody know we were together.”

When asked if it was “weird” for his ex to find out about his girlfriend from the news, El Moussa responded, “To be honest with you, we still haven’t talked about it.”

In August, the Oppenheim Group employee told Us Weekly about why she thinks the celebrity realtor could be The One.

“We are just really, really happy,” she said. “He has all the qualities that I would want in someone. I think we just need to spend more time together before we can make that decision.”