TALK OF THE TOWN: Garrick Club set to end 187-year ban on women

It is one of the last men-only bastions in the country, a club that has steadfastly refused to allow women through its doors as members for two centuries.

But I can now reveal that The Garrick Club, in the heart of London’s West End, plans to hold a vote that could see women admitted as members for first time in its 187-year history.

The club, which counts Stephen Fry and Benedict Cumberbatch as members, will host a secret meeting of its committee in the new year to decide whether it should hold a new vote on the subject. 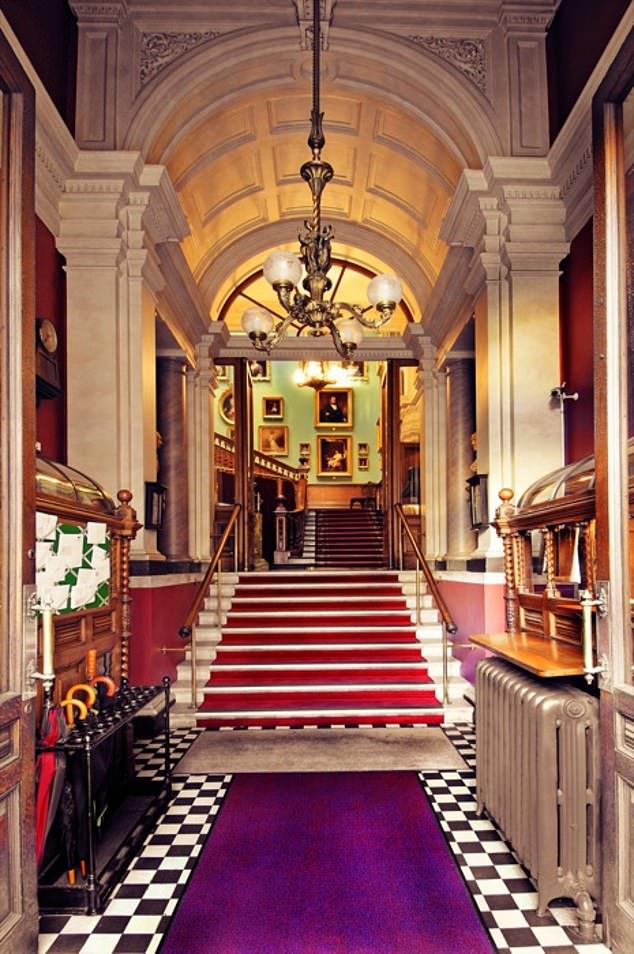 The Garrick Club, in the heart of London’s West End, plans to hold a vote that could see women admitted as members for first time in its 187-year history

In 2015, 50.5 per cent of members voted in favour of allowing female members – far short of the two-thirds majority needed for a rule change.

Several sources close to The Garrick, which was named after leading 18th Century actor David Garrick and which has strong connections with the theatre world, confirmed that members were preparing for further discussions on the subject as there has been a change in mood since 2015.

One of those in favour of female membership said: ‘The role of women in the theatre should be recognised. I think there has been a huge swing [since that vote]. There is a great feeling that this is something we need to look at.

‘At the last meeting those members who were anti women members were vitriolic, vicious and unbelievably rude and really unpleasant.’

Last time members such as Stephen Fry, Damian Lewis, Hugh Bonneville, Michael Gove and Sir Trevor McDonald indicated they would support women joining. And BBC journalist John Simpson said after the vote fell short: ‘Nobody in The Garrick feels this is the end of the road.’ 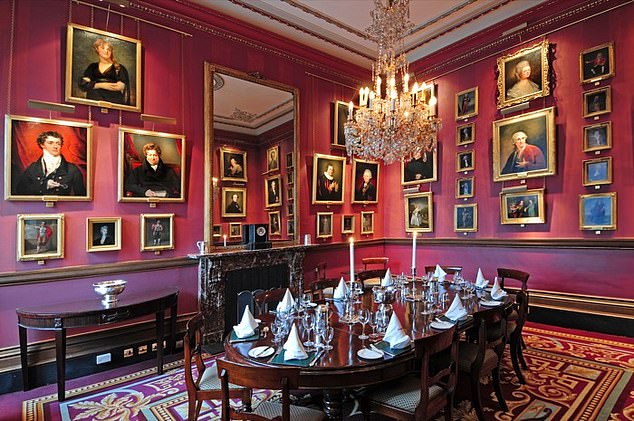 The club, which counts Stephen Fry and Benedict Cumberbatch as members, will host a secret meeting of its committee

The Garrick was founded in 1831 and its original selection criterion decreed that ‘it would be better that ten objectionable men should be excluded than one terrible bore should be admitted.’

It is one of just a handful of clubs that still refuse to admit female members. The others include White’s, Boodle’s and Pratt’s.

Robbie Williams’s party lifestyle has taken such a toll on him, he forgot the words to one of Take That’s most popular songs. The X Factor judge, 44, needed the lyrics to The Flood on an autocue at last week’s gala performance of the Take That musical, The Band. If Robbie’s coming back for good, he might want to start practising…

He is famous for his snail porridge and egg and bacon ice cream, but celebrity chef Heston Blumenthal has confessed on his Audioboom podcast that one of his favourite meals is the humble fish-finger sandwich.

The only problem is he can’t find fish fingers on sale anywhere near his home in Provence. ‘Have you ever tried to buy fish fingers in a gastronomique area of France?’ he says. ‘I did ask and someone just shook their head at me.’