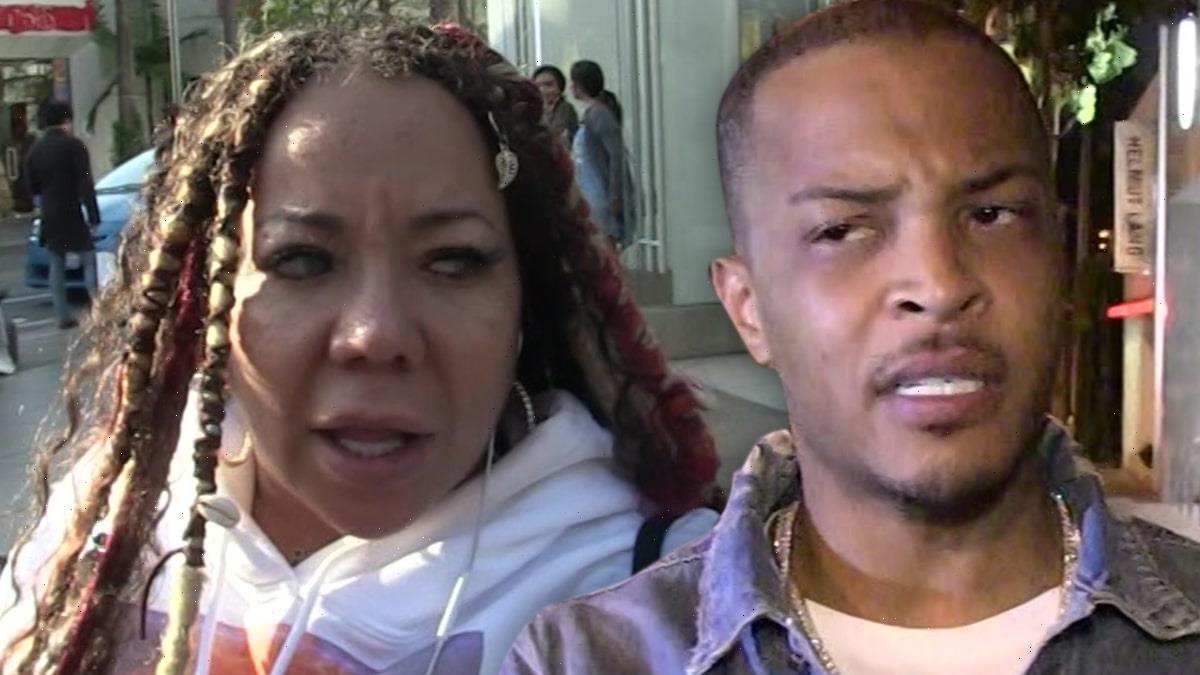 T.I. and Tiny allegedly drugged and sexually assaulted a woman in 2005 and the LAPD is looking into her claims … while authorities in Las Vegas tell us they have closed a case involving similar allegations against the couple.

According to a police report obtained by TMZ … the L.A. accuser, identified as a Jane Doe, claims sometime in early 2005 she met the rapper and his wife at a club, and says she accepted a drink from Tiny after already having a couple others.

The woman told LAPD detectives she was then invited back to their hotel room along with 2 other women, but soon it was just her alone with T.I. and Tiny.

According to the report … the woman claims T.I. told her he was going to get a condom but she said she felt sick and went to the bathroom to throw up. She claims she blacked out soon after, but when she woke up the next morning … her vagina was sore and had a burning sensation.

Though the LAPD is reportedly investigating the couple for alleged sexual assault, their attorney says they have not been contacted by the LAPD.

As for the allegations in Las Vegas … another woman claimed she was drugged and sexually assaulted after meeting Tiny at the airport and being invited to hang out with the couple.

However, officials tell us since the alleged incident went down in 2010, and was just reported to the Las Vegas Metropolitan PD earlier this month … it falls outside the statute of limitations — so, the case has been closed.

As we’ve reported, sexual assault allegations have been mounting against the couple, and T.I. was even sued for defamation by a woman who claims he trashed her reputation when he denied her allegations.