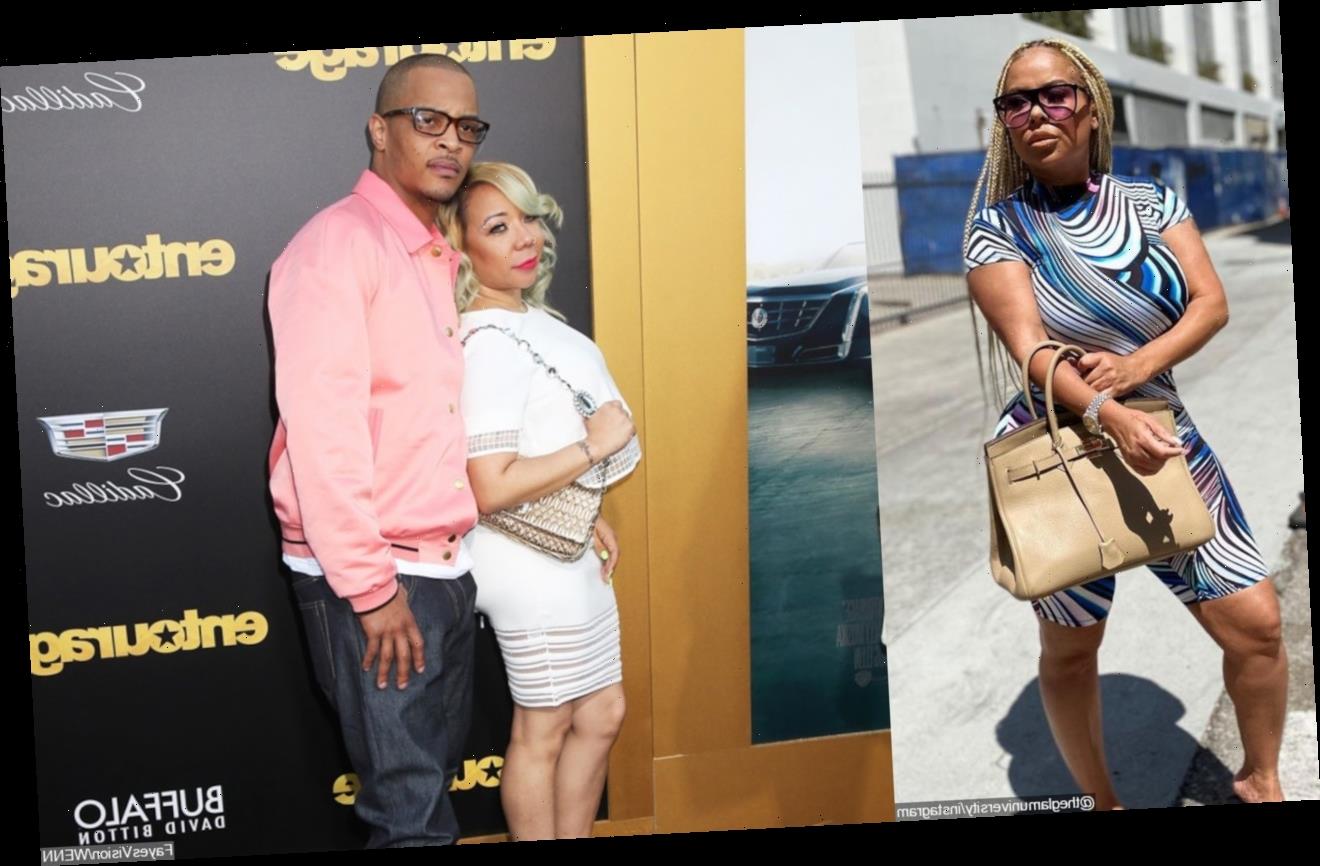 In a statement released by his rep, the rapper and his wife ’emphatically deny’ Sabrina Peterson’s claims of sexual abuse and other transgressions as they allude to her having stalked their family for ‘over a decade.’

AceShowbiz -Sabrina Peterson is undeterred despite T.I. and Tameka Cottle a.k.a. Tiny Harris’ strong denial to her claims. The woman has accused the couple of sexual abuse and other transgressions and she continues to stand by her allegations.

Taking to her Instagram page to respond to T.I.’s official statement, Sabrina challenged the rapper and his wife to take a lie detector test. “LETS TAKE A LIE DETECTOR TEST!” she posted on Friday, January 29, adding in the caption, “Currently finding a CREDIBLE RESOURCE! If you know a CREDIBLE LIE DETECTION SERVICE PLEASE FORWARD ME THEIR INFO I WOULD LIKE TO GO TODAY!”

Earlier that day, T.I. spoke up on the matter after keeping his silence for a few days. The “Let’s Get Away” spitter released a statement through his rep to counter Sabrina’s claims. “Mr. and Mrs. Harris want to be on record and more importantly want the public to know they emphatically deny in the strongest way possible the egregiously appalling allegations being made against them by Sabrina Peterson,” the statement read.

Alluding to Sabrina having stalked their family for years, the statement continued, “The Harrises have had difficulty with this woman for well over a decade.” They went on threatening to take legal action against the accuser, stating, “They are taking this matter very seriously, and if these allegations don’t end, they will take appropriate legal action.”

Later, T.I. further denied any wrongdoings as he posted a video on Instagram. “What we not going to do is open up the door to my bedroom,” he said. “Whatever we ever have done, has been done with consensual adults who into what we into and like what we like. If we want something, we know exactly where to go get it. We’ve never forced anybody, we’ve never drugged anybody against their will, we’ve never held anybody against their will. We’ve never made anybody do anything. We never sexually trafficked anything.”

Also weighing on the matter was Tiny’s former BFF Shekinah, who claimed that Sabrina had sex with and recruited women for T.I. and Tiny. Sabrina quickly clapped back, saying on Instagram, “I’m not sure how anyone can speak with such conviction about a person you have only been around to do their hair maybe 3 times and seen casually for no more than 12 hours in my entire life.”

Following Sabrina’s statement, Shekinah went on Instagram Live to backtrack on her earlier claims about T.I.’s accuser. “Yesterday when I said what I said on the Live, okay, I was speaking out of hurt,” the hairstylist said, explaining that she heard about it from someone else. “I was just saying what she was saying about somebody else. I was just only saying that back to her. That had nothing to do with none of the rest of the women.”

Sabrina previously claimed that T.I. once put a gun to her head in front of her children. She also shared T.I.’s other alleged victims’ accounts of their experiences of sexual abuse at the hands of the hip-hop couple.