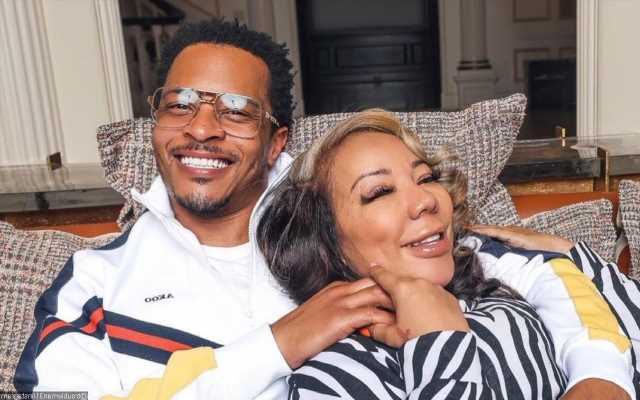 LAPD confirms there’s an active investigation into allegations of sexual assault by the couple stemming from a 2005 incident, but a lawyer for the rapper and his wife says they have not been contacted by LAPD regarding the probe.

AceShowbiz –T.I. and Tiny Harris a.k.a. Tameka Cottle are officially under investigation for alleged sexual assault. The Los Angeles Police Department has confirmed that they’re currently probing into allegations of drugging and rape by the hip-hop couple after speaking to one of their alleged victims.

“There is an active investigation into Clifford Harris,” Officer William Cooper of the LAPD told Deadline on Monday, May 17, referring to the rapper’s real name. While the LAPD did not mention if Tiny is also under investigation, The Daily Beast claimed that the former Xscape member is also being investigated.

The alleged victim, whose identity is only identified as Jane Doe, met LAPD detectives virtually in April, detailing an incident that allegedly took place in 2005 involving T.I. and Tiny. The detectives have been looking into other claims as well, according to sources.

Responding to reports of the investigation, a lawyer for T.I. and Tiny said in a statement, “The Harrises have not spoken to or been contacted by the Los Angeles Police Department (LAPD), the Las Vegas Police Department (LVPD) or, indeed, any member of law enforcement from any other jurisdiction in the country.”

“Even assuming the story in the Daily Beast is close to accurate, it appears the LAPD ‘accuser’ has chosen once again to remain anonymous, thereby preventing us from being in a position to disprove or refute her allegations – or even examine them,” the statement continued.

“Meanwhile, although we now appear for the first time to have the name of an ‘accuser’ who supposedly filed a police report with LVPD, we have absolutely zero details about her or her claim,” it concluded.

A second woman, Rachelle Jenks, filed a police report with similar allegations in Las Vegas earlier this month. Both Jane Doe and Rachelle are represented by attorney Tyrone A. Blackburn, who claimed in March that more than 30 women have come forward with allegations against the couple including “forced drugging, kidnapping, rape, and intimidation in at least two states, including California and Georgia.”