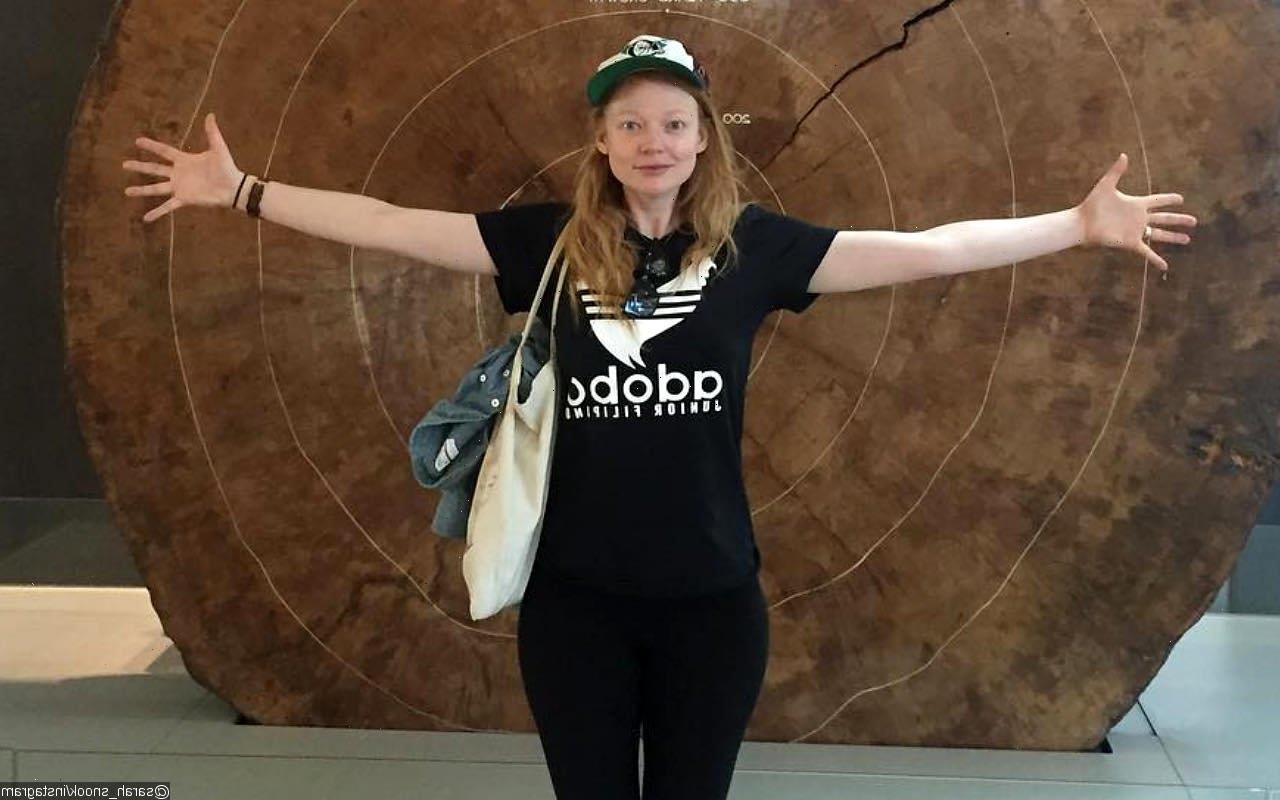 The ‘Jessabelle’ actress reveals that she proposed to the comedian and her longtime friend, Dave Lawson, in October last year before getting married in the backyard of her home in Brooklyn.

AceShowbiz –Sarah Snook is officially a married woman. The Siobhan “Shiv” Roy depicter on “Succession” revealed in a new interview that she secretly married her longtime best friend Dave Lawson during the COVID-19 pandemic.

During the interview with Vogue Australia, the 33-year-old divulged that she proposed to Dave in October 2020 and tied the knot in the backyard of her home in Brooklyn, New York, in February. Though the ceremony seemed to be intimate, she mentioned that her co-star Ash Zukerman served as witness to their nuptials.

“At the beginning of the pandemic last year, I got locked down in Melbourne with one of my best mates and we fell in love,” the “Jessabelle” actress told the publication. She went on gushing, “We’ve been friends since 2014, lived together, traveled together, always excited to see each other, but totally platonic.”

Sarah further recalled, “We’ve just never been single at the same time. I proposed and we got married in February in my backyard.” The Australian actress then reflected, “It’s been a ride. There’s so much heartache and sadness in the world, but on a micro personal level, I’ve been very fortunate.”

Rumors of her wedding first erupted when Sarah stepped out on the red carpet in New York last week, at the season three premiere of “Succession”. At the time, she was photographed wearing a sparkling ring on her wedding finger.

Sarah never publicly announced that she’s dating Dave. However, her now-husband once appeared in photos she shared on her Instagram account from their trip to Spain with friends in 2019.

Sarah has been living in Brooklyn after getting married. While making an appearance on “Late Night With Seth Meyers“, the Adelaide-born star raved about living outside Australia, “I love it. I love Brooklyn.”

“It’s like, I don’t know, Brooklyn is like a little brother to Manhattan, or like the Australia to America,” Sarah added. She went on saying, “It’s like on the outside looking in, but you get the better view.”