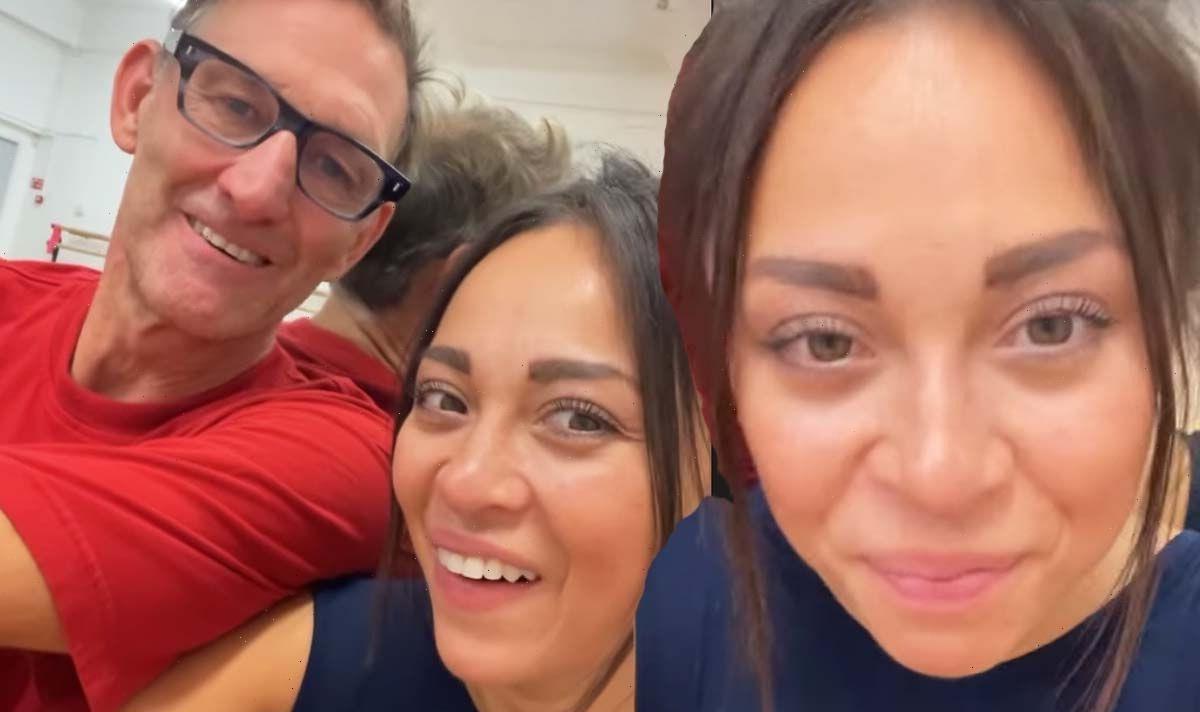 Strictly: Katya Jones on rumours of difficulties over Ukraine

Katya Jones, 33, gave fans on social media a candid update on her concerns over preparations for Strictly Come Dancing, ahead of this week’s live show. The professional dancer took to Instagram last night to share a glimpse of her and Arsenal legend Tony Adams’ break amid a busy rehearsal schedule.

Posting a video in full view of her 212,000 followers, Katya admitted it had been an “intense” day, as she rested on the floor of a rehearsal studio next to Tony.

Panning the camera towards Tony’s face as he grinned broadly, Katya began: “It’s a bit intense today, isn’t it?”

Tony then interrupted while still making a funny face and quoting the late Hollywood actor Humphrey Bogart: “In all the towns in all the world, you have to come into my studio,” said the former footballer, before bursting into laughter.

Katya then panned the camera back to her, before zooming into one of her eyes, while pulling a terrified expression.

Progressively zooming in more as she looked intensely into the lens, Katya added: “Fear in those eyes, look!”

Last week’s live show saw Tony apologise for swearing after he got lost in the moment following his successful American Smooth routine.

After receiving praise from Craig Revel Horwood, Tony went to walk off before swearing when he realised he hadn’t heard from Motsi Mabuse.

He then apologised to presenter Claudia Winkleman for the blunder before breaking down as he reflected on the positive comments from the judges.

It happened after he received some impressive feedback from the notoriously hard-to-please Craig, with the sporting legend shouting: “Oh s***”.

Following his own apology, he said he’d like to dedicate his dance, “to all the friends who have been involved in his recovery”.

Visibly tearful, Tony went on: “Oh it’s been an emotional night hasn’t it!”

Tony recently spoke openly to Express.co.uk about his wish to bring some awareness to “mental health and addiction” during his stint on Strictly Come Dancing after facing his own struggles.

He explained how he took the plunge to participate in the show after turning down the offer back in 2016, when he still wanted to work as a football coach.

He said: “I’m 26 years free of doing drugs or drink and want to bring some mental health and addiction awareness around life.

“What I do today, I run a business, I run a couple of charities and dance is all part of the process.

“We use dance therapy for athletes and during rehab. And it’s good for the mind.”

Explaining the hardships of battling mental health issues, Tony continued: “I thought, you gotta go for it. I had a mental breakdown when I was 49.

“My new addiction was working too hard and this led to stress and a heart condition. And I went, ‘Well that’s it, I am going to have to take things a bit easier’.