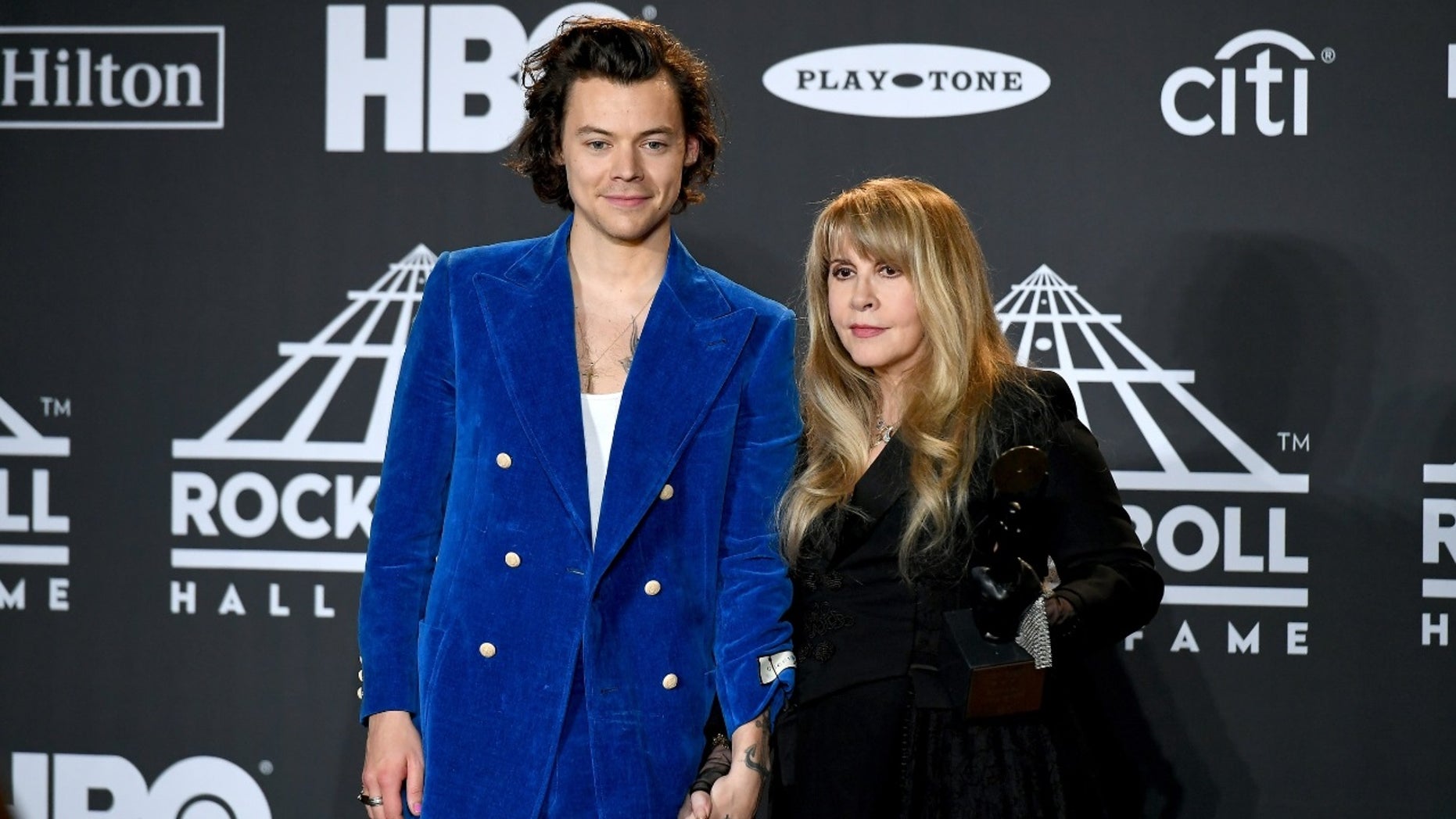 Stevie Nicks accidentally referred to Harry Styles as a member of NSYNC at Friday’s Rock and Roll Hall of Fame ceremony.
(Getty Images)

Stevie Nicks appeared to get her boy bands mixed up Friday night after referring to One Direction singer Harry Styles as a member of NSYNC at a Rock and Roll Hall of Fame induction ceremony.

Nicks, 70, was at the Barclays Center in New York celebrating becoming the first woman to join 22 men, including all four members of the Beatles, to have been honored twice by the Rock and Roll Hall of Fame for the different stages of their careers.

Nicks did a four-song set, during which she was joined on stage by Styles, who filled in for the late Tom Petty on “Stop Draggin’ My Heart Around.” Styles also introduced the rock legend before she addressed the audience.

Backstage at the ceremony, Nicks spoke about the One Direction singer and how they met.

“Well, we met quite a long time ago actually,” Nicks said of Styles.

“What I really loved about Harry was that when he decided to make a solo record from NSYNC,” Nicks trailed off as the reporters laughed at her reference. 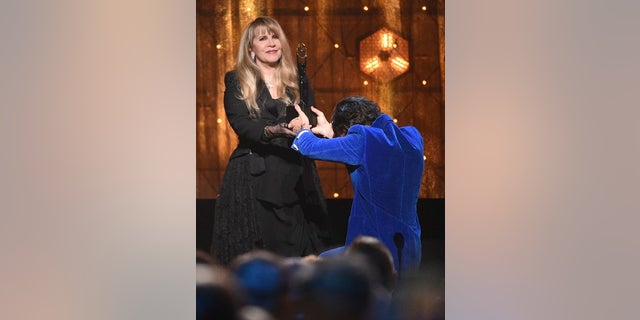 Harry Styles, right, presents an award to Stevie Nicks at the Rock &amp; Roll Hall of Fame ceremony at the Barclays Center on Friday, March 29, 2019, in New York.
(AP)

“Sorry, I’m never going to live that one down, I know that,” she joked.

The Fleetwood Mac singer said Styles “took a risk” when creating his solo record and his passion for classic rock music ws impressive. 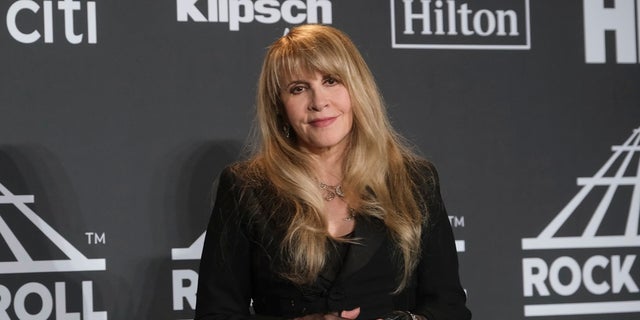 Inductee Stevie Nicks poses in the press room at the Rock &amp; Roll Hall of Fame induction ceremony at the Barclays Center on Friday, March 29, 2019, in New York.
(AP)

“He just fits in with all of us. He loves our music and he loves the whole ‘70s and ‘80s and ‘90s music he has been doing all this time,” Nicks said of Styles.

Styles was part of the boy band One Direction, which was formed in 2010. it enjoyed massive success until 2016, when they decided to take a hiatus to pursue solo projects.