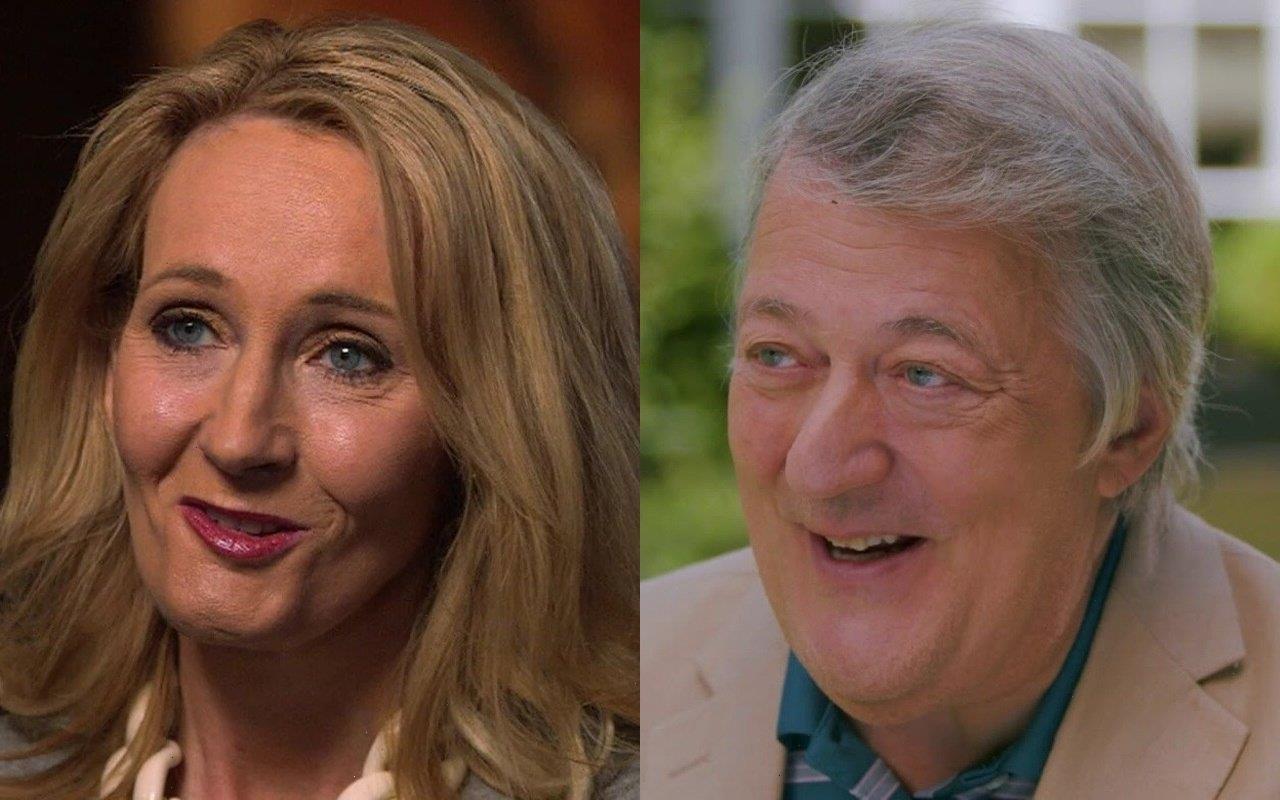 The narrator of ‘Harry Potter’ audio book refuses to give up his friendship with the British author despite her controversial remarks riling up his friends in the transgender community.

AceShowbiz –Stephen Fry refuses to “abandon” his friendship with J.K. Rowling – despite her controversial comments about the transgender community. The 65-year-old actor calls for an end to the heated debate over transgender issues as the author’s remarks have upset some of his transgender friends.

“I wouldn’t. I definitely wouldn’t because I am aware that you are talking about an issue where two sides are very sore and anxious about their enemies,” Stephen explained when asked if he wants to take part in the debate.

The actor admitted that he finds himself in an awkward situation, having friends on both dies of the debate. He said on the “Beeb Watch” podcast, “She is a friend of mine and I have trans friends and intersex friends who are deeply upset by her. That is a circle I have to square personally.”

Stephen ultimately hopes to see an end to the arguing. The “V for Vendetta” star – who married comedian Elliott Spencer in 2015 – explained, “I know that JK Rowling doesn’t want to see trans people bullied, alienated, shut out of society, made to feel ashamed, guilty, laughed at, all those things.”

“But I also know that there are people who believe that safe feminine spaces and the idea of difference between sex and gender is very important, and that they repudiate with all their strength the Judith Butler – the idea of created gender and so on.”

“It is not an argument I want to get involved in because it is upsetting to both sides and I would wish them both to retreat and to consider that is possible for trans people to live full, accepted lives according to their terms in society, and for women to have all the rights and dignities they demand.”

“But it isn’t possible if each side looks on the other as an enemy and the trans people just shout ‘terf’ and the feminists seem to, as it were, undermine the dignity and rights of the trans community, if I can use the word community – it is a bit of a greasy word, but there you go.”