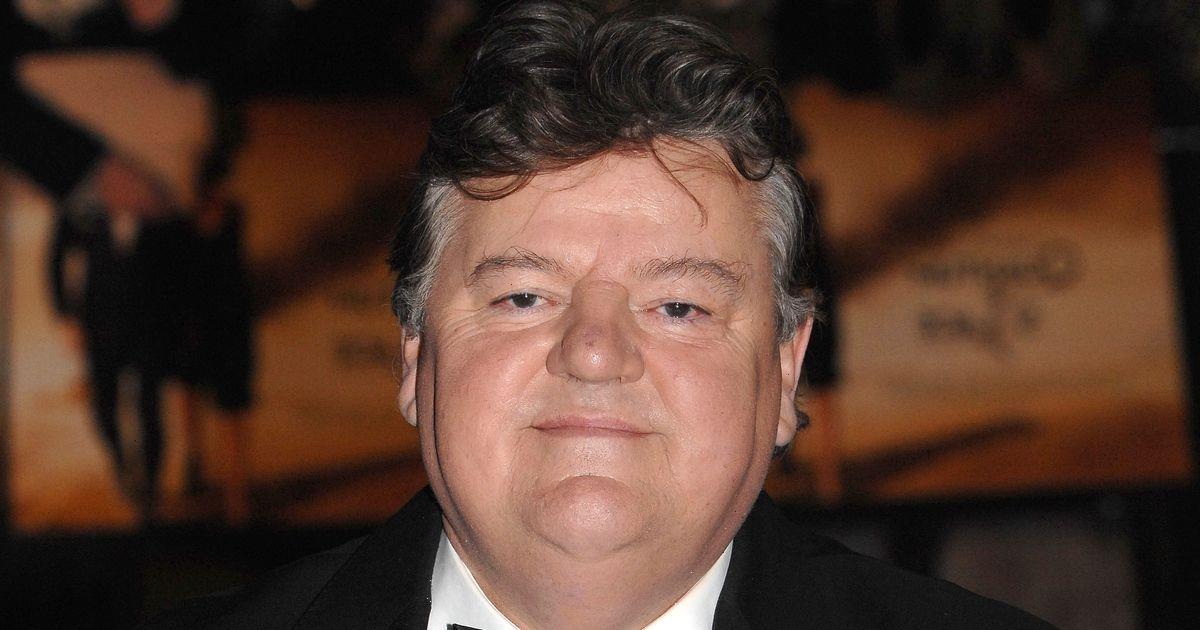 Actor Stephen Fry and author JK Rowling have lead a string of poignant tributes to the late Robbie Coltrane, after his sad death was announced on Friday at the age of 72.

He tragically passed away at Forth Valley Royal Hospital in Larbert, near Falkirk in Scotland, his agent of 40 years Belinda Wright confirmed on Friday.

Following the sad announcement many stars and fans rushed to social media to pay their respects to the talented actor, with Stephen Fry leading the way as he recalled his own memories of working with the actor in the comedy series Alfresco.

“I was awe/terror/love struck all at the same time. Such depth, power & talent: funny enough to cause helpless hiccups & honking as we made our first TV show, ‘Alfresco’.

"He was an incredible talent, a complete one off, and I was beyond fortunate to know him, work with him and laugh my head off with him. I send my love and deepest condolences to his family, above all his children."

Alongside the message, she also shared a sweet photograph of the pair together.

Daniel Radcliffe also shared an emotional tribute to his Harry Potter co-star as he described Robbie Coltrane as “one of the funniest people” and an “incredible actor”.

The actor, who starred in the lead role in the fantasy series, worked closely with Coltrane, who played Rubeus Hagrid, throughout the eight films.

Radcliffe shared fond memories from set in a statement shared with the PA news agency, saying: “Robbie was one of the funniest people I’ve met and used to keep us laughing constantly as kids on the set.

“I’ve especially fond memories of him keeping our spirits up on Prisoner of Azkaban, when we were all hiding from the torrential rain for hours in Hagrid’s hut and he was telling stories and cracking jokes to keep morale up.

“I feel incredibly lucky that I got to meet and work with him and very sad that he’s passed. He was an incredible actor and a lovely man.”

Robbie’s agent Belinda Wright also paid tribute to her long-standing client as she added: “Robbie was a unique talent, sharing the Guinness Book of Records’ Award for winning three consecutive Best Actor Baftas for his portrayal of Fitz in Granada TV’s series Cracker in 1994/1995/and 1996 with Sir Michael Gambon.

“He will probably be best remembered for decades to come as Hagrid in the Harry Potter films.

“A role which brought joy to children and adults alike all over the world prompting a stream of fan letters every week for over 20 years.

“James Bond fans write too to applaud his role in GoldenEye and The World Is Not Enough.

“For me personally, I shall remember him as an abidingly loyal client as well as being a wonderful actor, he was forensically intelligent, brilliantly witty and after 40 years of being proud to be to called his Agent, I shall miss him.”

Joining the stars in expressing his sympathy, was Robbie's dear friend Robert Lindsay who wrote: Now I’m in shock at the death of my dear pal Robbie Coltrane. We shared a Hollywood journey that will live with me forever. Another great star to light the heavens."

SNP leader Nicola Sturgeon also sent her condolences to Robbie’s family, as she tweeted: “Very sad news. He had such range and depth as an actor, from brilliant comedy to hard-edged drama. I think my favourite of all his roles was Fitz in Cracker.

Reverend Richard Coles also paid tribute to the late actor, as he tweeted: “Very sorry to hear Robbie Coltrane has died. We shared a dressing room once and he had the biggest pants I have ever seen, which he wore with tremendous flair. We were friends from then on.”

Comedian Jack Dee also expressed his deepest sympathies as he wrote: “The brilliant, delightful and ridiculously funny Robbie Coltrane has left us. What a fab actor and man he was. Love to his family. RIP Robbie.x”

TV’s Dr Amir Khan, also shared his sadness at the news as he admitted he had loved Robbie’s work in Harry Potter while growing up. “Actor Robbie Coltrane dies aged 72. Oh this is sad news, I absolutely loved him as Hagrid in Harry Potter.”

Timmy Mallett also took a moment to commemorate the actor’s life as he wrote: “Robbie Coltrane was a joy to watch. From his early work with the comic strip to the towering performance of Hagrid. What a treasure. I’m grateful kind for his kind & generous words. Deepest condolences to Robbie's friends and family.”

Stormzy also took a moment to honour the late actor, as he added: “Heartbreaking news. Robbie Coltrane has dies. My love and thoughts to his family. May he rest in eternal peace.”

The actor is survived by his sister Annie Rae, his children Spencer and Alice and their mother Rhona Gemmell.