Spice Girls were back at Wembley Stadium for the first time in 21 years last night.

And from the offset you could see how much it meant to Geri Horner, Mel B, Emma Bunton and Mel C.

After a high-energy performance of Spice Up Your Life, complete with rainbow flag confetti and pyrotechnics, the foursome spoke to the audience about what it meant to them to be performing at the iconic venue.

As Emma aka Baby Spice spoke about how it had been over two decades since they’d performed threre, she quickly broke down in tears – prompting a warm hug from Mel B.

And there were tears aplenty at the gig, as Geri also started crying as she spoke about what makes Wembley so special to her.

Ginger Spice spoke about how “gutted” she was to see the girls perform at Wembley without her 21 years ago, having quit the band just a few months earlier.

In typical no-holds-barred Mel B style, she added: “I wonder if Victoria feels like that.”

But while Spice Girls will always be known as a legendary five-piece, last night really did prove that the girls are still so strong as a four, and can still provide just as much entertainment and “girl power” – Posh Spice or no Posh Spice. 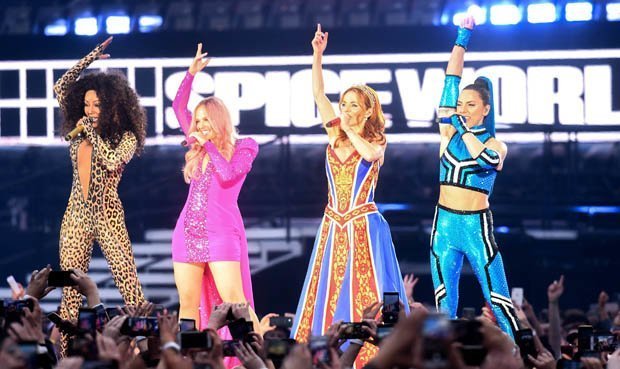 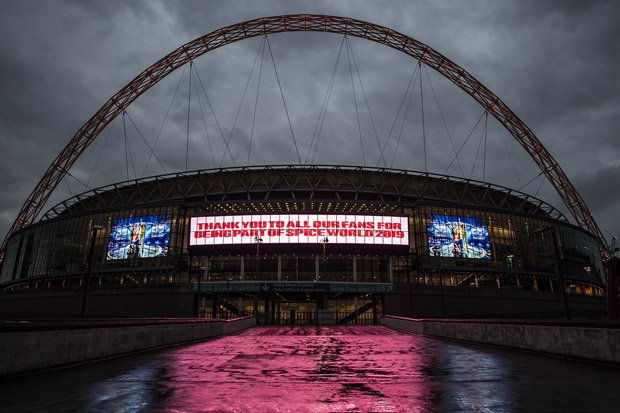 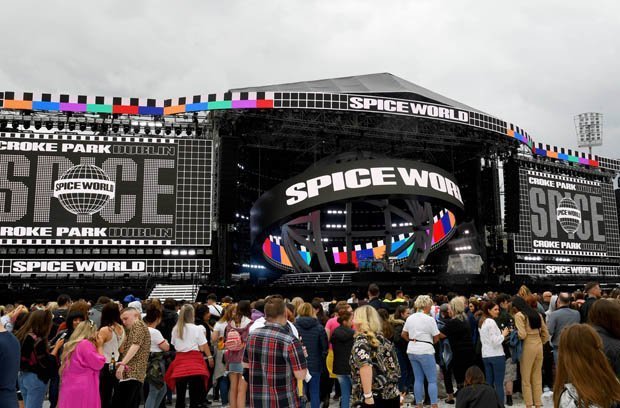 But the piece de resistance came from the encore.

After teasing that there were no more songs left the girls came back onstage and sang Stop, with all of the crowd performing the legendary dance routine.

An emotional performance of Mama followed, with the girls getting choked up once more, as they reflected on how they are all now mums themselves.

Closing the show, Geri then asked fans: “Tell me what you want, what you really, really want.”

This drew a huge roar from the crowd, prompting Mel B to yell: “Yooooooo,” before she broke into the iconic Wannabe rap.

Despite 21 years away from Wembley, Baby, Ginger, Scary and Sporty proved last night that they still have “it” in abundance.