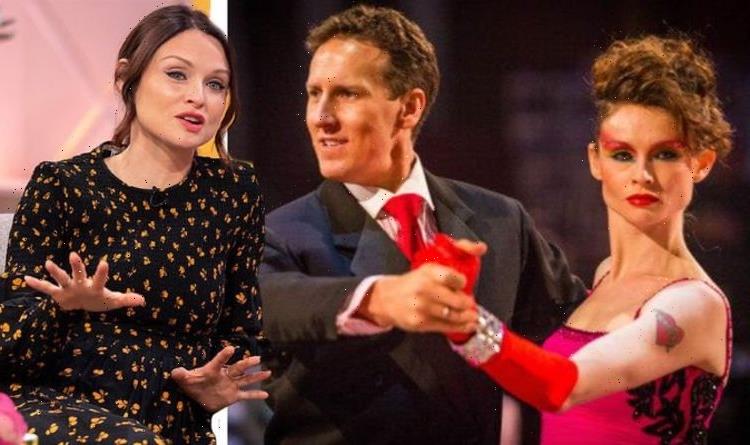 Sophie Ellis-Bextor, 42, recently opened up about her time on Strictly Come Dancing in 2013, admitting the BBC programme felt like a “cult” and that her pairing with Brendan Cole put such a strain on her marriage that her husband Richard, went to therapy. But the singer admitted despite her turbulent experience, she still loves to dance and still watches the show.

That was the point I was trying to make

Sophie had previously explained that she believes Strictly should employ a counsellor to “check in with the contestants”, as the process can be gruelling.

In a new interview, that belief remained strong, as she described the show as “intense”.

“Certainly when I was experiencing it, it would have been nice to have people checking in a little bit to ask how you’re feeling,” she said.

“Because it’s so far out of your comfort zone.

“Just because you’re in the public eye, doesn’t mean you’ve ever experienced anything like that before.”

Sophie continued to tell Radio Tmes: “I know that for a lot of contestants it results in really big life changes, so I think that was the point I was trying to make.

“We’re learning this with all sorts of reality shows, aren’t we?”

But despite her torment, she admitted she “loved a great deal of it” and still keeps in contact with Brendon.

“I spoke to Brendan the other week and I do try and watch when it goes out,” she smiled.

“There’s a lot of really glorious stuff in there, definitely.”

Her comments come after she spoke out about her time on the show in an article for the MailOnline.

Sophie – who shares three children Sonny, Ray, Kit, Jesse and Mickey with Richard – likened her Strictly experience to that of a famous Dickens quote – ‘It was the best of times, it was the worst of times’ – as the couple weren’t prepared for the emotional toll it would take on them.

“Richard started to struggle with my involvement from the launch show onwards,” she penned.

“It was so hard for him that I can remember wondering if they’d ever had a contestant walk away from the show before they’d even danced their first dance.”

Sophie admitted Richard was worried he was “losing her” – “I think he thought that something was awakening in me and he felt he wasn’t part of my future,” she wrote.

“I never, ever felt like that, but I couldn’t convince him.

She explained that Richard felt as if she “might slip into a new life that left our family behind”.

“I had no such desire, but was too spent at the end of the day to give the reassurance he needed,” she sighed.

“I think the only real reassurance could come with the show finishing.”