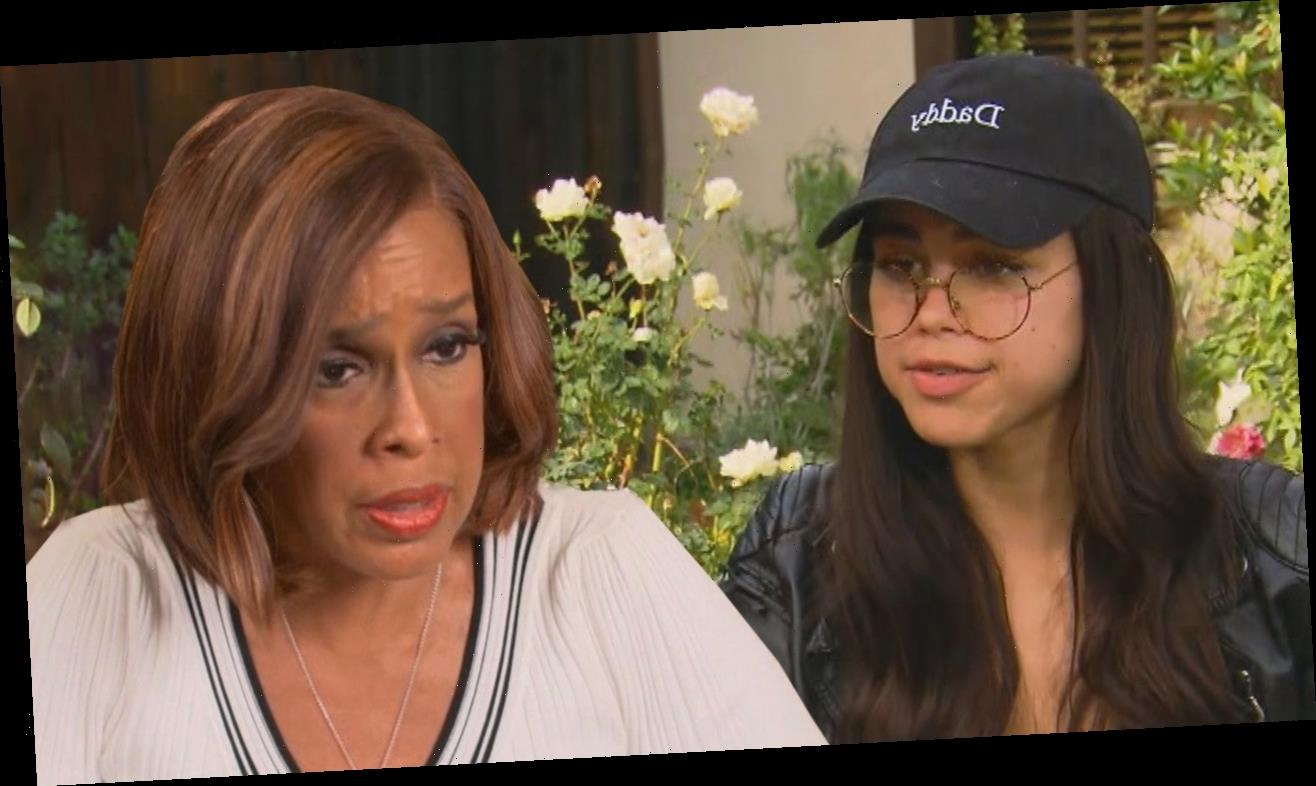 “SoHo Karen” Miya Ponsetto is apologizing to the teen boy she allegedly assaulted, but his parents are questioning if she’s sincere.

On Tuesday’s episode of CBS This Morning, part two of Gayle King’s interview with Ponsetto aired, and the 22-year-old still had a lot to say about the incident in which she allegedly attacked Keyon Harrold Jr., a 14-year-old Black teen, and falsely accused him of stealing her phone at a hotel in New York.

“I feel sorry that I made the family go through, like, all of that stress. But at the same time, it wasn’t just them going through that,” Ponsetto continued. “… I’m sincerely sorry to the family and the dad and the son for making them feel as if I was racist towards them when that is not my intention.”

Ponsetto added, “… I want this to be over and I’m sorry. So, I would love to make this short and sweet, Gayle.”

“Listen, I feel like her apology was as genuine as when she shushed you,” Harrold said, referencing a viral moment from the first part of Ponsetto’s interview with King. “It said a lot. I have an issue with the idea of entitlement versus character. It’s all been tragically consistent. I’ll just say that.”

“… I think the idea of justice, just like the idea of the apology, is so much more than just saying, ‘I’m sorry,’ because people can say, ‘I’m sorry,’ and it’s empty,” he added. “Justice has to do with change.”

We have more of our exclusive interview with Miya Ponsetto, the 22-year-old who allegedly attacked & falsely accused a Black teen of stealing her phone.
@GayleKing spoke w/ Ponsetto before her arrest last week. Despite public outcry, she insists race has nothing to do with it. pic.twitter.com/IypfNUz8b7

Ponsetto has since been arrested, but Harrold noted that, while the arrest made him “happy,” it’s “only the first step in a very big conversation that needs to happen here in America that has to do with racial profiling.”

“If I had done that, what Miya Ponsetto had done to my son, I’d be in jail now. If I had hurt her in any way, I’d be in jail now. We wouldn’t even be able to have this conversation,” he said. “As a Black man, every day I walk outside, I have to play the perfect game, almost like throwing a no-hitter, just to be believed.”

Ponsetto, though, claimed the incident didn’t happen because she was “racial profiling whatsoever,” while noting that she’s “a woman of color” who’s “Italian, Greek, Puerto Rican.”

“You keep saying you’re Puerto Rican,” King responded. “Does that mean that you can’t be racist because you’re saying you’re a woman of color? Is that what you mean?”

“No one has to say the N-word for something to be an act of racism,” Harrold countered in his interview.

WATCH: The parents of the 14-year-old who was allegedly attacked by Miya Ponsetto & wrongly accused of stealing her phone, are speaking out to @GayleKing. @KeyonHarrold and @iamkatrodriguez react to Miya's apology, her arrest and tell us how their son is coping. pic.twitter.com/x4xgRpUk2v

Ponsetto also claimed that “it didn’t seem as if my accusations really bothered the son and the father because they were just enjoying a nice meal right after this whole encounter,” but Harrold Jr.’s parents dispute that claim.

While Ponsetto said the incident left her “traumatized” and noted that she doesn’t feel her “accusation is a crime,” the teen’s mother, Kat Rodriguez, said her son has struggled as a result of the alleged attack.

“She knew she assaulted a 14-year-old boy. Not a guy, not a man,” Rodriguez said of Ponsetto. “… This young lady blindsided him in the hotel. He keeps on asking the question, ‘Why? Why me, Mom? You know I wouldn’t steal anything. I didn’t know her. Why?'”