Nothing’s private anymore, huh? Well, def not when you date a reality star. Sofia Richie is realizing that the hard way after her ex, Scott Disick, spilled all the deets about their split during an episode of Keeping Up with the Kardashians. A source close to Sofia tells E! Online that she’s not “surprised,” but also isn’t happy about it.

“Sofia and Scott had to navigate many issues together throughout their relationship,” the source explains. “It was no secret they had their ups and downs when it came to Kourtney. Once Kourtney and Scott became closer and were spending more time together with the kids, Sofia had a huge issue with it. She thought she was losing him to Kourtney and was jealous at times.” 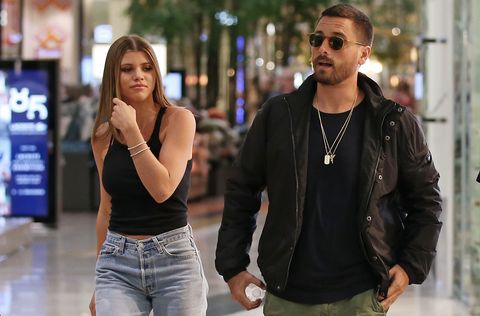 The insider adds, “Sofia is not surprised that Scott shared their relationship issues with the Kardashian family and publicly on the show. She wished it stayed private but knew it would happen when they split. Sofia has moved on and put the drama behind her. At this point, there is no chance they will ever get back together.”

Scott spoke openly about his breakup with Sofia during the premiere of KUWTK:

He continued to reveal that Sofia “was like, ‘I don’t want to share you as a boyfriend with Kourtney.’ Then she literally said with an ultimatum, ‘You have to choose me or Kourtney.’”

Want more Kardashians news? Yeah. We know you do. Let’s gossip together.