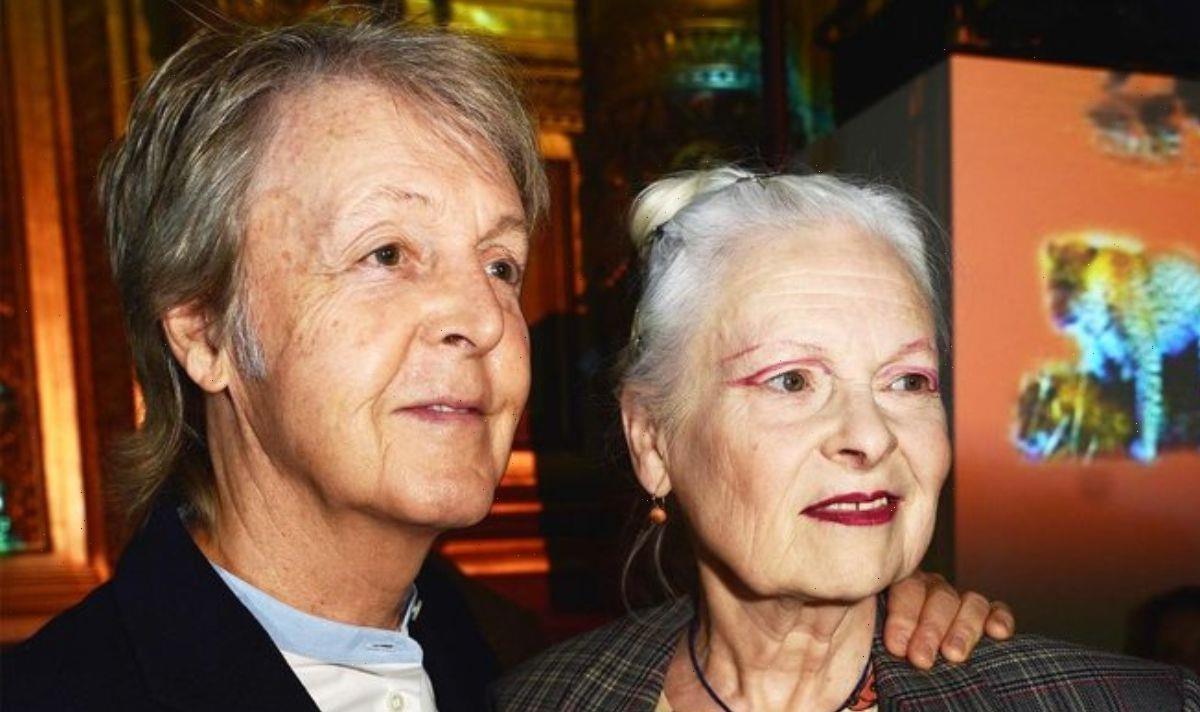 Paul McCartney, 80, paid tribute to the late fashion designer after she died aged just one year older than he is currently. The former Beatles bassist, who had publicly accompanied Dame Vivienne Westwood to his daughter Stella McCartney’s show at Paris Fashion Week two years earlier, paid his respects in a Twitter message.

“Goodbye Vivienne Westwood,” he lamented, describing her as “a ballsy lady who rocked the fashion world and stood defiantly for what was right”.

He signed off “Love Paul x” as he remembered the star in a tribute posted to his 4.2 million online followers.

Vivienne’s death was announced on December 29 via her official Twitter account, reassuring followers that she “died peacefully and surrounded by her family in Clapham, South London”.

READ NOW: Meghan and Harry ‘killed off any respect’ with Netflix doc

She had been regarded among many as the first person in the UK to bring her brand of provocative punk style to the world of high fashion – a combination which was unheard of at the time she first arrived on the scene.

Vivienne and her lover Malcolm McLaren’s London shop, Sex, became well-known around the world, while her attitude that “sex is fashion” gave birth to a series of now iconic bondage outfits synonymous with their names.

Paul wasn’t the only celebrity to make it clear how much of an impact the punk-aligning fashion icon had on their lives.

Other tributes were led by the likes of Boy George, whom she once dressed, Chrissie Hynde and Naomi Campbell to name just a few.

Cyndi Lauper wrote: “So sorry to hear that we lost @viviennewestwood today. She was a fashion icon, who not only created punk fashion but punk couture.”

She added of the longevity of Vivienne’s ideas: “You can still see her influence in much of the clothing today.”

Victoria Beckham, who led a catwalk show at Paris Fashion Week this autumn for her VB Body brand, which now comes in a range of inclusive sizes, also paid tribute to the fellow clothing entrepreneur.

“I’m so sad to learn of the passing of legendary designer and activist Dame Vivienne Westwood,” she wrote, adding: “My thoughts are with her family at this incredibly sad time.”

Actress Salma Hayek chimed in: “Your bold and fearless spirit will always challenge our imagination!”

Meanwhile, Naomi Campbell praised her feminism, writing: “Your strength was admirable in a business dominated by men.

“You were a force of nature, that would always encourage me to push forward and not give up on things I was passionate about outside of modelling.

“Your honesty was to be valued whether we liked to hear it or not, you spoke your truth, real and authentic,” she exclaimed.

She also spoke of how inspired she had been by the visual culture she had helped create, reflecting: “I remember as a child riding the bus home from school and driving by Kings Road seeing all the punks with their risk taking way of dressing and hair. It was revolutionary!”

Sharing a dramatic photo of herself wrapping her legs around the star while clad in a punk-style Vivienne Westwood tartan outfit and a pair of bright blue patent knee-high platform boots, she declared her the “original Queen of Fashion”.

“I didn’t know [in my school days] that I would meet Vivienne Westwood in ’86 and not only get to work with her but be able to call her a friend.” she mused.

Meanwhile, supermodel Helena Christensen also had her say on the fashion legend, lamenting that with “so many magical outfits still to create”, she had “somehow imagined Vivienne living way into her 100s”.