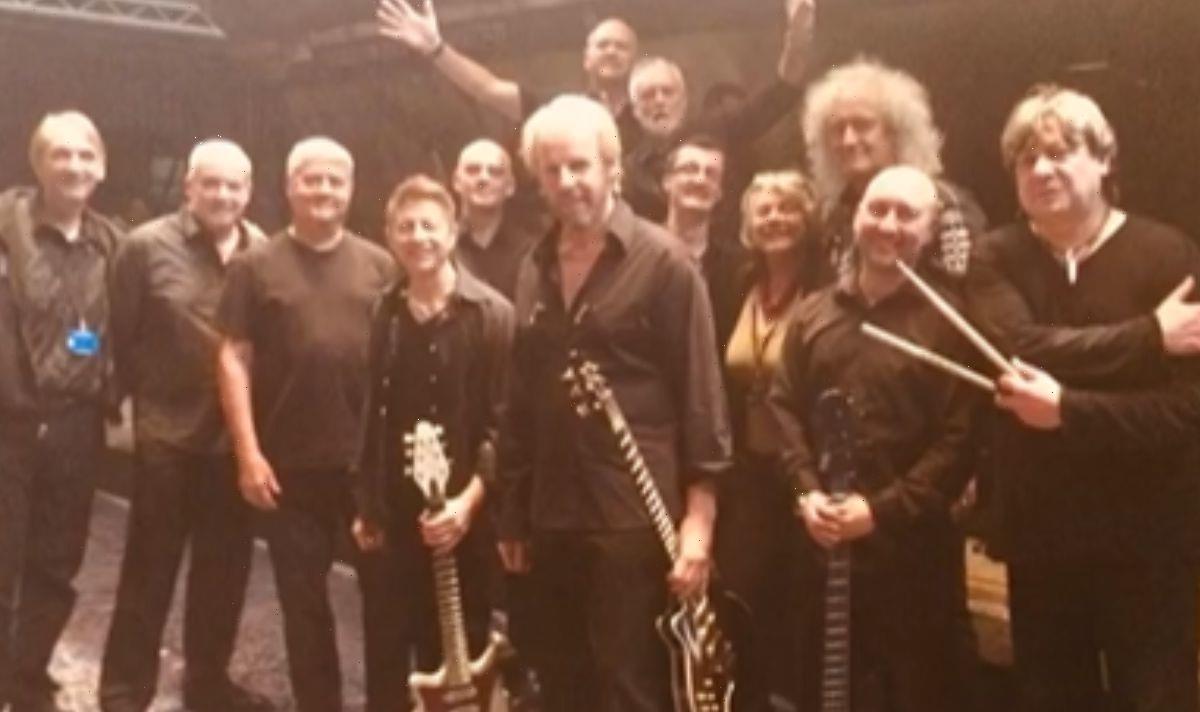 Sir Brian, 75, has found himself bombarded by love and support from his fans over social media following the death of his long-time colleague and a fellow musical legend Alan Darby. Alan’s tragic passing comes barely two weeks after Sir Brian was sent into mourning over the death of another guitarist, Jeff Beck, earlier this month.

Sir Brian, who was one of the first to be knighted by King Charles in the monarch’s New Years’ Honours List, appeared on Instagram in the early hours of Tuesday morning.

He shared a short clip, showing a group photo of the We Will Rock You team, and zoomed in on one particular face in the middle gingerly holding a guitar.

“One of our original two guitar giants for the whole 12 years WE WILL ROCK YOU played in the Dominion Theatre London.

“Alan was a tasteful, beautiful player, with a soul of pure blues, and the nicest, gentlest human you could meet.

“He will be sadly missed.”

The Queen legend then made a toast, declaring: “Hats off to Alan Darby”.

He also explained that the group photo, where Sir Brian himself could be spotted in the back row, was taken during the farewell night of the We Will Rock You show.

One of the few backstage photos of the whole cast in the Dominion, Sir Brian also joked: “ And you may recognise some other faces!”

Within hours, the Queen star’s clip had been watched by tens of thousands of fans, with many offering their condolences and support in this sad time.

One penned a heartfelt tribute: “I am so very sorry for this loss of another friend, dear Bri. May he RIP. May his family and friends find peace during this difficult time.

“The whole cast of WWRY must be mourning his loss in a very deep way as a cast working together like that becomes family.

“He sounds like he was a gentle and kind soul as well as one heck of a musician.

“That many years at the Dominion speaks volumes. RIP dear Alan Darby. Well done and gone too soon!”

A third noted that although it gets sadder with each passing musician, the recent deaths “makes me extremely grateful that we still have you”.

Just two weeks ago, Sir Brian was receiving similar comments as he shared a touching tribute to another guitarist, Jeff Beck who died on January 10.

The Queen guitarist described it as the “extraordinary loss of an extraordinary person” and admitted he was absolutely “gutted” over the death of “the Guv’nor”.

The new series offers fans an up-close insight into the bands’ life offstage over their five decades in music.