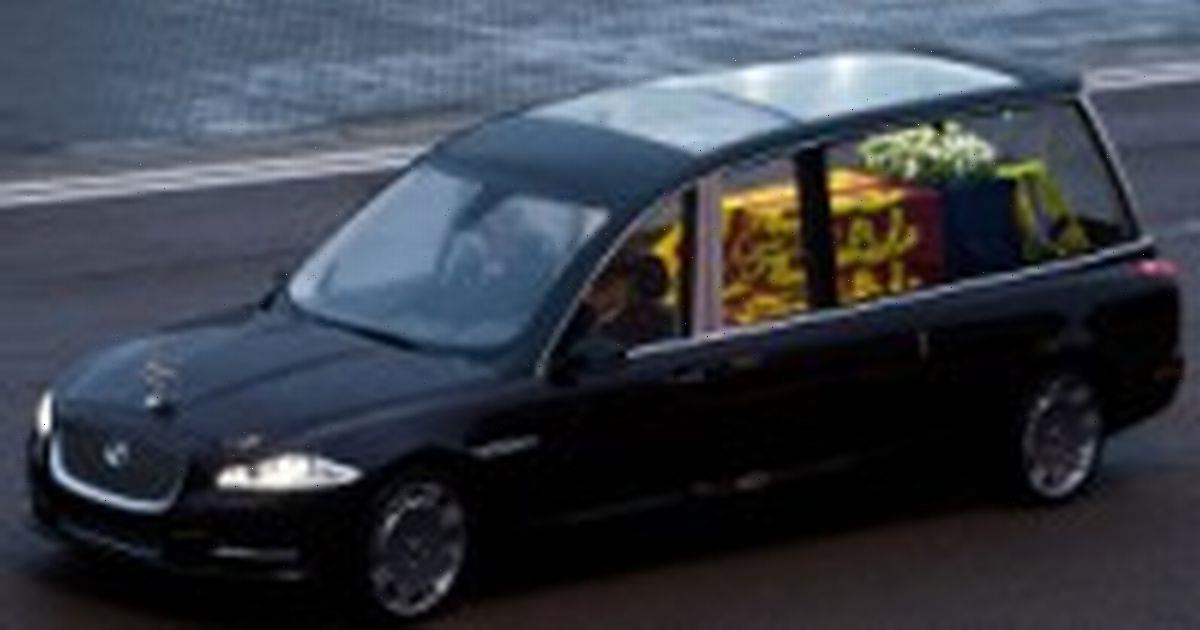 Events since the passing of the Queen on Thursday 8 September have run like clockwork. And today's proceedings are no different. The schedule reveals that Elizabeth II's oak coffin, adorned with the Royal Standard, will be conveyed via gun carriage from Buckingham Palace to Westminster Hall this afternoon.

The silent procession, which will pass The Mall and Horse Guard's Parade, will begin at exactly 2:22pm. But this very specific scheduling has left many wondering what the significance of that time is.

One Twitter user @jonesy312 questioned whether that time has been chosen as that was the exact passing time of the late Queen. He tweeted: "2.22 very precise any reason for that is that the actual time of death of our beloved queen???"

When the Queen's death was announced, a specific time was not given by Buckingham Palace, it was just revealed that she had "died peacefully at Balmoral this afternoon".

Others think that the timetable is for rather more practical reasons with @JamesHaslett2 writing: "My guess is it's because the walk has been timed at 38 minutes and that makes the arrival sport on 3pm." @WearyTrav agreed, tweeting: "It takes 38 minutes to parade to Westminster Hall so she will arrive at exactly 3pm."

Dickie Arbiter, who served as a spokesman for Queen Elizabeth II and a media consultant to Prince Charles agrees with this account. "Simply to arrive at Westminster Hall at 3pm on the dot," he explains of the timings.

This 100 page tribute looks back at the life of our most beloved monarch, Queen Elizabeth II, marking key events during her remarkable 70-year reign, as well as her childhood as a young princess, her enduring love for Prince Philip and her family, and the lasting legacy she leaves our nation.

This edition is available to buy in stores now or it can be purchased online here.

It is also possible that the choice is a tribute to the late Queen's beloved father King George VI. After his death in 1952, bells at Westminster Abbey sounded and the Sebastopol bell, which is only run when a sovereign dies, chimed. They were tolled 56 times – one for each year of his life – from 1.27pm until 2.22pm. Could this be a touching tribute and a way to link the Queen's death to her father's?

The scheduling could also be a reference to the Queen's Platinum Jubilee which was marked earlier this year as February 2022 (02/22) marks the 70th anniversary of the Queen ascending the throne.

But perhaps there is a more spiritual meaning behind the timings. In the Bible, God sends angels to guard us in our ways (Psalm 91:11) and deliver His message (Luke 1:9). According to scripture, the number is symbolic of unity, love and our relationship with God. This is likely to have been important to the deeply religious Queen who was also head of the Church of England.

The numbers 222 are also special in numerology – the study of numbers and their relationship to mystical events. According to spiritual author Doreen Virtue, 222 means to "trust that everything is working out exactly as it's supposed to, with Divine blessings for everyone involved," and "Let go and have faith".

Meanwhile, acclaimed numerologist Wendy Robbins says that: "The triple twos is all about what's happening in divine timing".

222 is also an "Angel number" in numerology – repeating numbers that provide inspirational guidance. Angel numbers are thought to be love messages from ancestors, angels, spirit guides, or other high vibrational entities reassuring you that you're being divinely guided. So, for example if you find yourself often seeing the number "222' when you glance at a digital clock or the time on your phone, a numerologist may argue that could be a love message from your ancestors, angels or spirit guides.

The oak coffin containing the body of the late Queen Elizabeth II was flown to RAF Northolt from Edinburgh on the evening of Tuesday 13 September with Princess Anne accompanying her mother and ensuring her safe transportation back to Buckingham Palace.

After resting at there overnight, the coffin will be conveyed via gun carriage along The Mall and past Horse Guard's Parade to Westminster Hall where – after a blessing by Archbishop Justin Welby – it will lie in state for four days until the official funeral service on Monday 19 September.